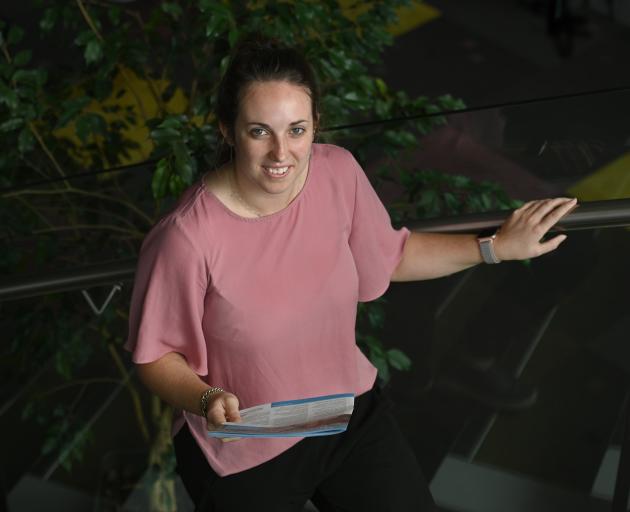 AbacusBio research associate Megan McCall at AbacusBio, Dunedin. PHOTO: LINDA ROBERTSON
It might seem a slightly odd combination but Megan McCall combines molecular biotechnology with event management, which allows her to retain her connection with the sheep and beef industry, and that is something she still enjoys.

"It is going to be a really great time for the industry in the next couple of years and I am excited about the opportunities that could arise," she said.

She grew up on her parents’, Bill and Pam McCall’s, sheep and beef farm in Waikoikoi but decided she wanted to be a physiotherapist when she left school.

After the first year of health science studies at Otago University she chose to pursue a different degree after talking to Anna Campbell at AbacusBio Ltd.

"She told me to look at applied sciences, which was quite broad, and there were lots of different things I could major in."

After three years, she earned her degree in molecular biotechnology, along with a marketing minor, and graduated in 2017.

"I enjoyed the marketing paper as it was fun and I wanted to keep my options open."

Those qualifications fitted in nicely with her job as a research associate at AbacusBio, in Dunedin, and she is now in her third year with the agriculture consultancy company.

"I do quite interesting, cool things, things I never thought I would be involved with and I enjoy interacting with people."

AbacusBio developed Ani-Mate, a software programme that enables breeders to make the best mating decisions for rams and ewes while taking into account requirements for specific traits like growth and facial eczema.

"It analyses pedigrees in depth and minimises inbreeding.

"I was part of the team to run it through the mating season.

"I am really proud of being involved with that and I get to talk to client stud breeders."

Last week, she organised the BLNZ SFFP webinar with ANZ agriculture economist Susan Kilsby who looked at opportunities and challenges for farming for the rest of the year.

"The most surprising thing I’ve learned since starting at AbacusBio is finding out what I don’t know, even if I’ve grown up on a farm."

When not working she plays netball and spends time with her family.