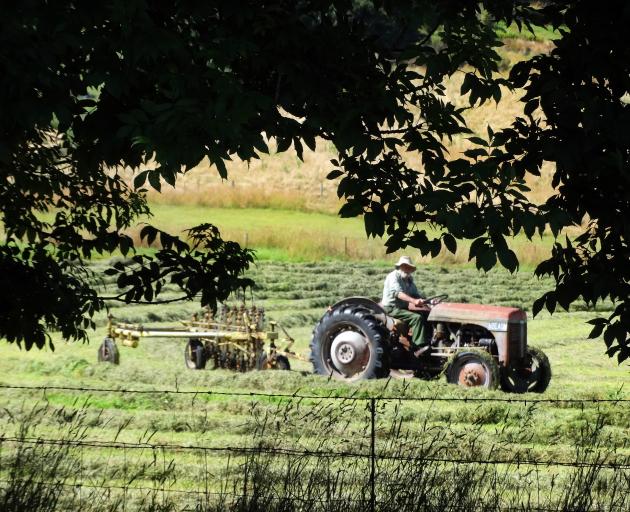 Photos: Mark Price
Bill Jelley (85) was "flat out" yesterday raking meadow hay on his 4ha farm at Mt Barker, near Wanaka. This is the 73rd hay-making season for Mr Jelley's Ferguson tractor.

Mr Jelley was brought up on his parents' 300ha Queensbury Station property but he and his wife Raylene (73) moved to a smaller property near Luggate after their marriage in 1965. 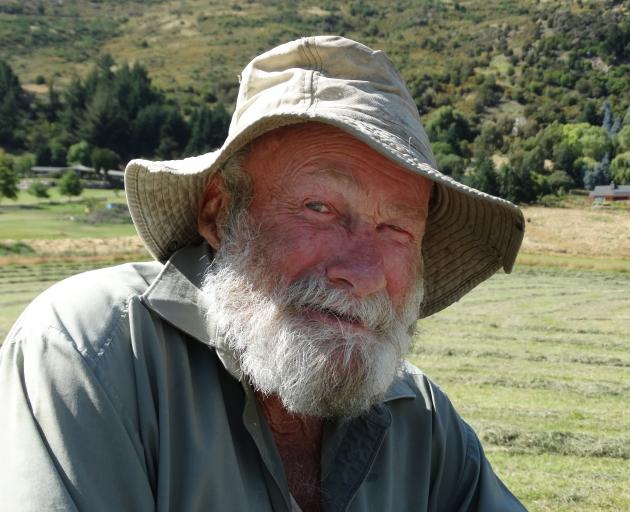 Now they are retired, in the house where Mrs Jelley grew up. At one stage, Mr Jelley farmed stags for Sir Tim Wallis and Mrs Jelley looked after captured fawns.

Hay contractors report a challenging season for hay, with heavy rain in spring, plenty of wind and now lots of sunshine and rapidly drying conditions.