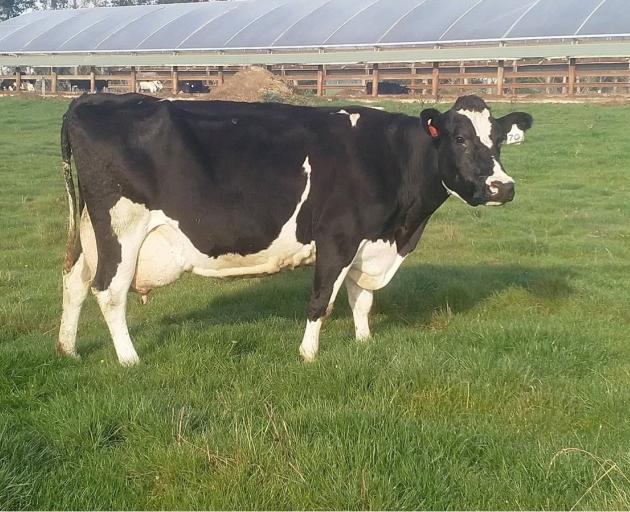 The competition aimed to identify cows that had contributed to the Holstein Friesian breed on a continual basis and the Rays were thrilled to win.

"She has had 12 maternal calves, nine of which are heifers, and she has had embryos taken from her, so has another 20 direct daughters in milk, in addition to her natural calves.

"In our herd she has 86 milking descendants," Mrs Ray said. 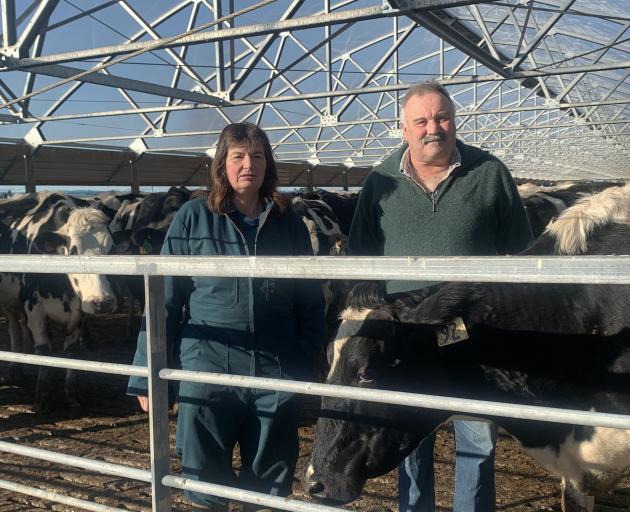 They bought their first pedigree cows in 1987-88, and spent 14 years sharemilking before buying their own farm at Clydevale.

Their stocking rate is 2.45 cows per hectare on average.

They feed 4kg per milking per animal of barley in the milking shed and the farm produces about 11 tonnes of grass per hectare per year.

However, they plan to irrigate 130ha, which will provide certainty of grass growth to about 14 to 15 tonnes per hectare per year.

About 430 of their cows winter in herd homes and they have a 145ha run-off 10km down the road where they grow extra silage, winter the balance of cows and run the calves.

Each cow receives about a tonne of silage and a tonne of barley for the year.

"We have 10.3kgDM eaten per milk solid produced.

They rear 280 calves for replacements, breeding bulls and beef calves, which are sold on at 150kg.

They started to focus on A2 genetics about four years ago and intended to eventually have their entire herd producing the milk variant.

They also had success this year in the HFNZ- Boehringer Ingelheim Progeny Competition (Junior) when four of their heifers sired by Mourne Grove Hothouse S2F placed second in the national competition.

They also did well in the Discovery project, which is collaboration with HFNZ and LIC, to select top bulls and heifers.