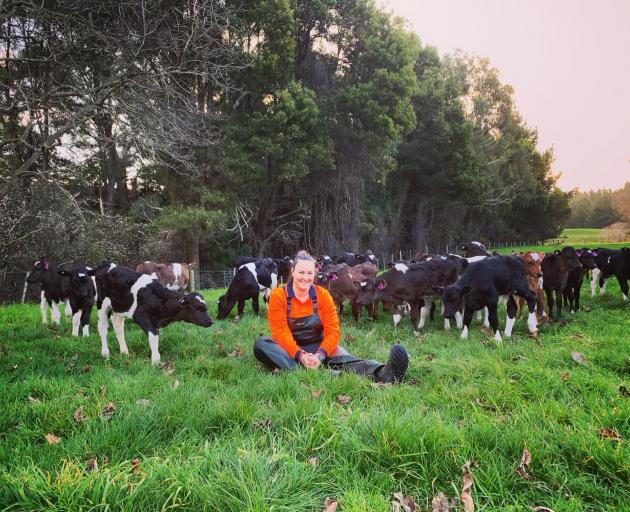 Now a contract milker at Cheviot with her husband, Blair, Mrs Green is a regional leader for the Dairy Women’s Network and was last month elected Federated Farmers North Canterbury senior vice-president.

"I try to live in the moment and I would really love to continue to use my voice to advocate for rural communities and for rural women and I would hope it takes me somewhere positively."

Over the years, Mrs Green has taken on various roles to supplement the family income as the couple have moved around the countryside to take on different dairying positions, working as a legal secretary, personal assistant and debt collector.

Now that the couple has a contract milking business, she has been freed to take on leadership roles to support other rural women.

Two and a-half years ago she attended a Dairy Women’s Network workshop and has not looked back.

"I went along to a workshop and it was the first time I had even heard of them, even though I had been in the industry for 10 years. I enjoyed it so much, I asked to be a regional leader."

Not one to sit back, Mrs Green quickly made her mark creating a country women competition at last year’s Amuri A&P Show with fellow regional leader Sacha McDougall.

"We wanted to help women to step up and have a go. I just think that sometimes they feel inferior, that men are better. But women are just as capable, if not better."

It was so successful that the competition was taken to this year’s South Island Agricultural Field Days, where about 70 women competed in challenges over three days.

If that was not enough, Mrs Green took on the role of chairing the Dairy Women’s Network regional conference at Ashburton in April, where 180 women attended.

While the Greens joined Federated Farmers two years ago, after establishing their business, Mrs Green only attended her first meeting in January.

Four months later she was elected senior-vice-president and dairy vice-chairwoman on the North Canterbury executive, alongside new president Caroline Amyes.

"We’ve both been nudged along, but Caroline is awesome. We’ve done a few leadership courses together, so we will work well together.

"I would like to see more engagement, connection and communication with the rural communities. We need to go to the grassroots and find out what the issues are on farm and to be the voice for them."

For the past two years, Mrs Green has been a finalist in the Dairy Women’s Network’s regional woman of the year award and was thrilled with this year’s runner-up prize, which was to work with a mentor for 12 months to help her with goal setting and to focus on her passions.

The Greens moved to North Canterbury in 2017 for better dairy farming opportunities.

After a season at Oxford, they moved to their present position at Cheviot.

This season the couple milked 800 cows at peak and produced 310,000kg of milk solids for the second season in a row, despite this season’s drought.

With what spare time she has remaining, Mrs Green has begun writing a blog, Farm Heart, to share her experiences of being a rural woman.

"I don’t think women realise the amazing opportunities there are for them in rural communities.

"It’s too easy to feel isolated. Cheviot is a great community, but it’s an hour to Christchurch or Kaikoura or Hanmer Springs, so you’ve got to plan your day off farm, which it makes it hard to do anything outside the farm and your kids.

"So it’s about creating opportunities for women to get off farm.

"It doesn’t have to be jobs, it could be events or having a place to have a coffee so you don’t feel like you’re alone," Mrs Green said.