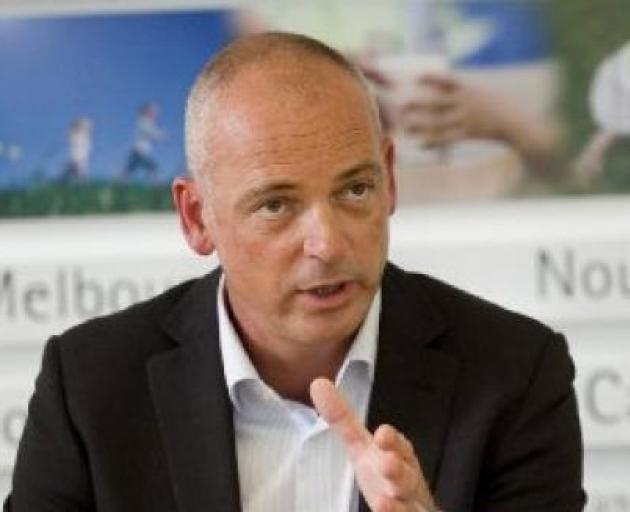 The company has disclosed the Dutchman received an incentive payment of $4.6 million when he left the job in August last year, despite Fonterra's huge financial losses.

This takes his total pay during seven years as chief executive to $43 million.

Fonterra has revealed the final payment ahead of its scheduled disclosure in the upcoming 2019 annual report under pressure for more information, triggered by a New Zealand Herald report that Spierings was in line for another payout under a historic incentive scheme.

The company said it had made more detail available to its farmer-shareholders and was now extending that to the public.

Fonterra this week announced an expected loss of $590-$675 million this year and asset writedowns of about $820-$860 million. It will not pay a dividend.

In a statement, Fonterra said the final payment to Spierings was made under the Velocity Leadership Incentive, a long-term incentive plan in place in the 2016 and 2017 financial years.

The plan had been discontinued.

Employees who led significant work streams in support of the Velocity project were eligible to participate in the incentive plan.

"This final 25 percent payment due to Theo Spierings was included in his final remuneration for FY19, which also included his base salary, superannuation contributions, holiday pay entitlement and short-term incentive payments," the company said.

Fonterra's new long-term incentive plans were now primarily based on return on capital and earnings per share metrics, the company said.

The board retained overall discretion on all aspects of the incentive plans.

Fonterra's latest loss forecast follows a historic first annual loss last year of $196m on a 25% decline in operating earnings and a $433 million loss on its investment in Chinese company Beingmate.