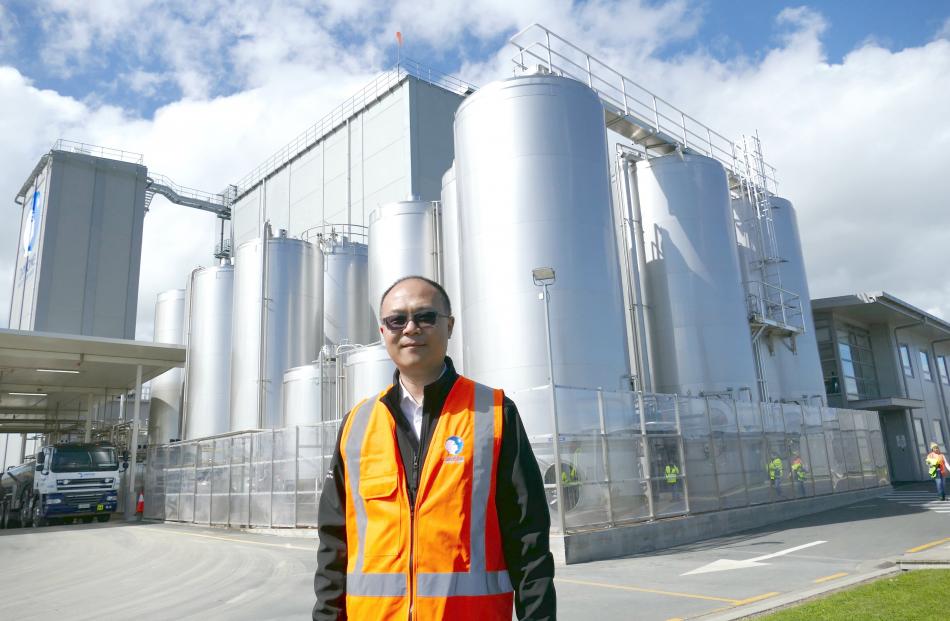 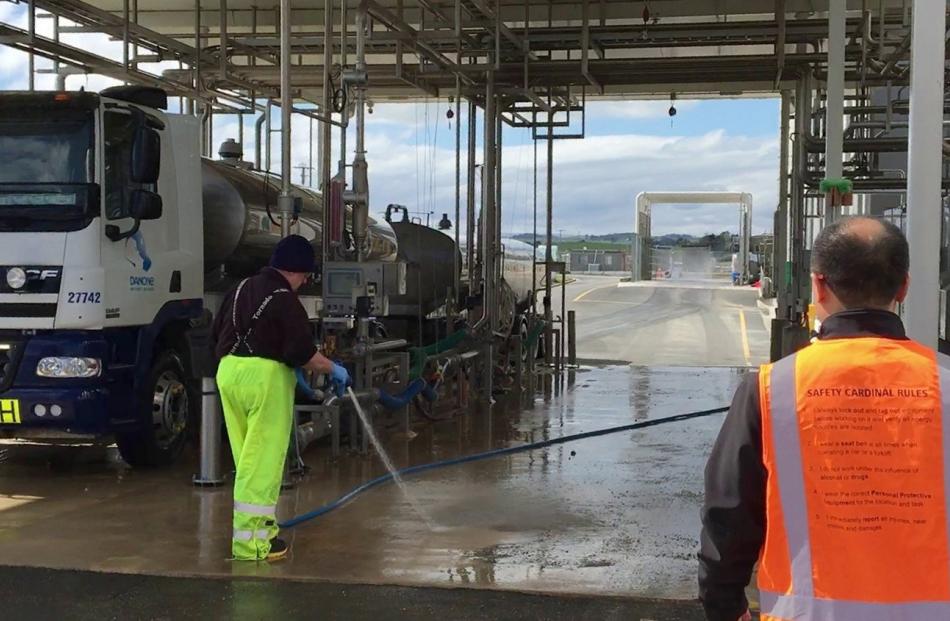 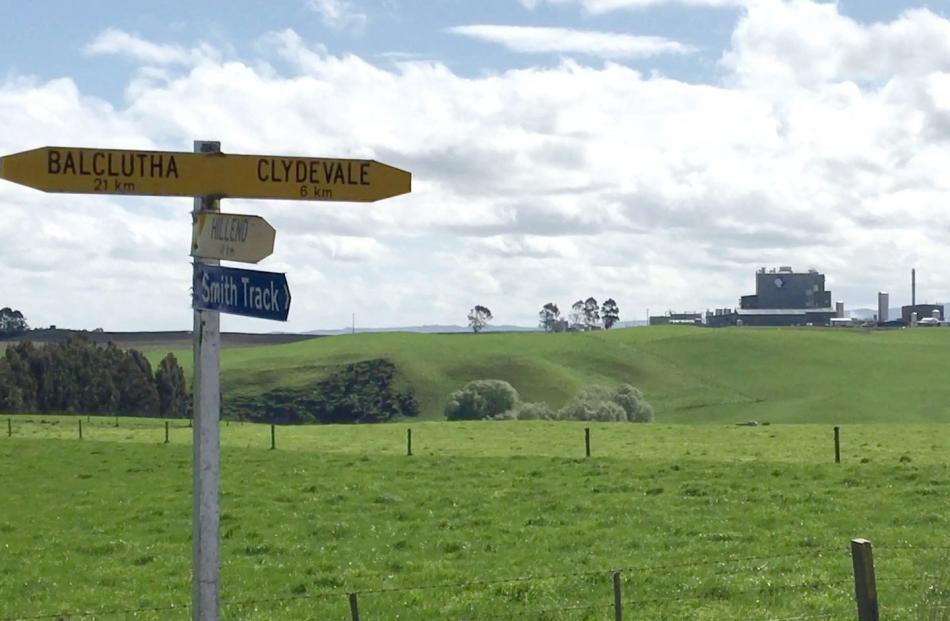 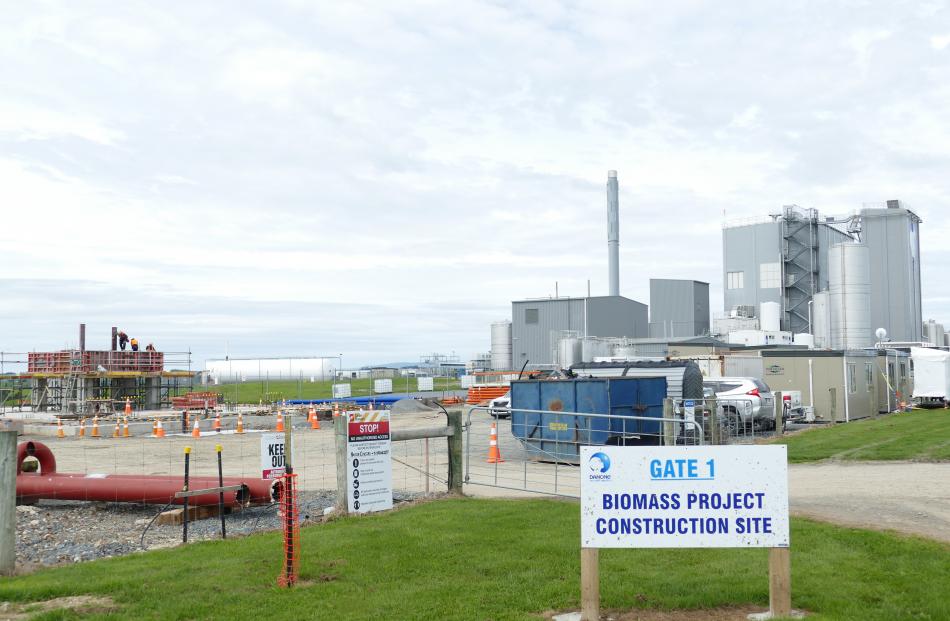 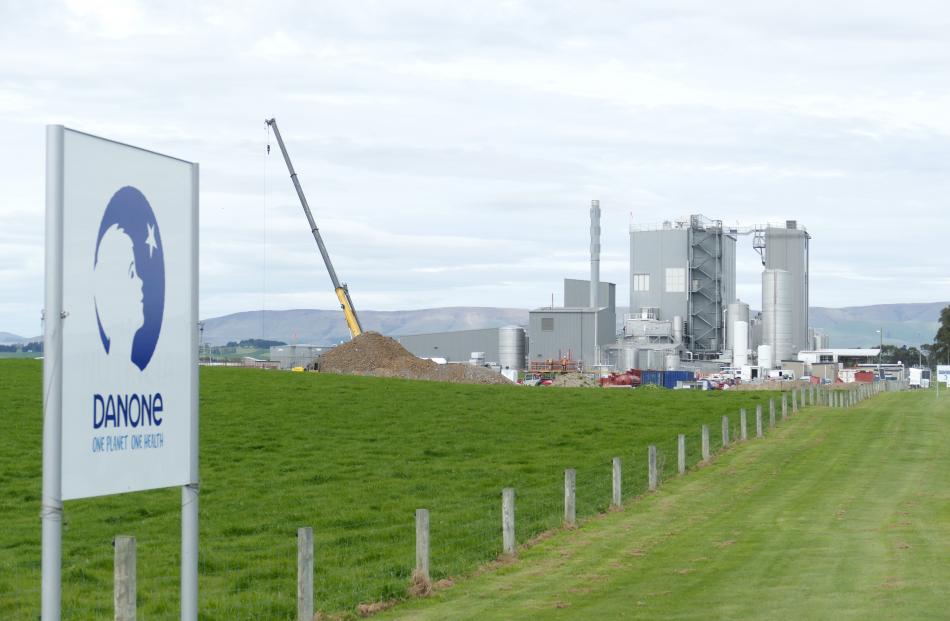 Construction has begun on a new biomass boiler plant at Danone’s Clydevale plant. 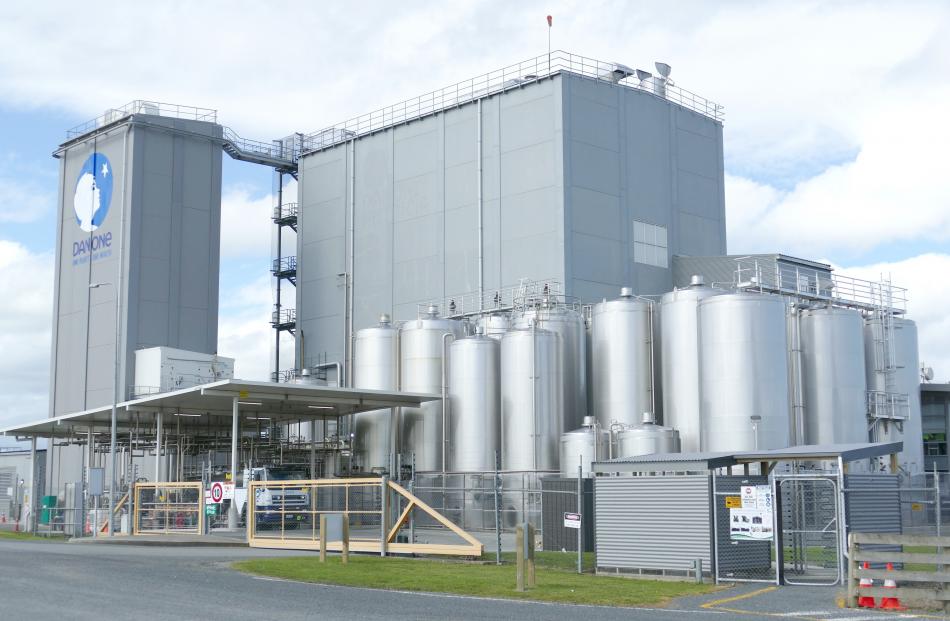 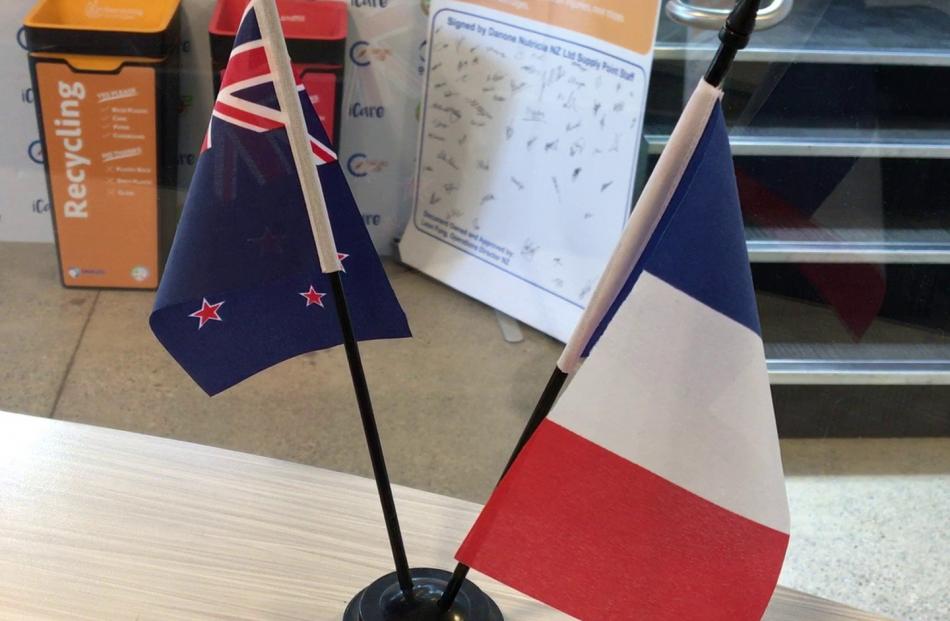 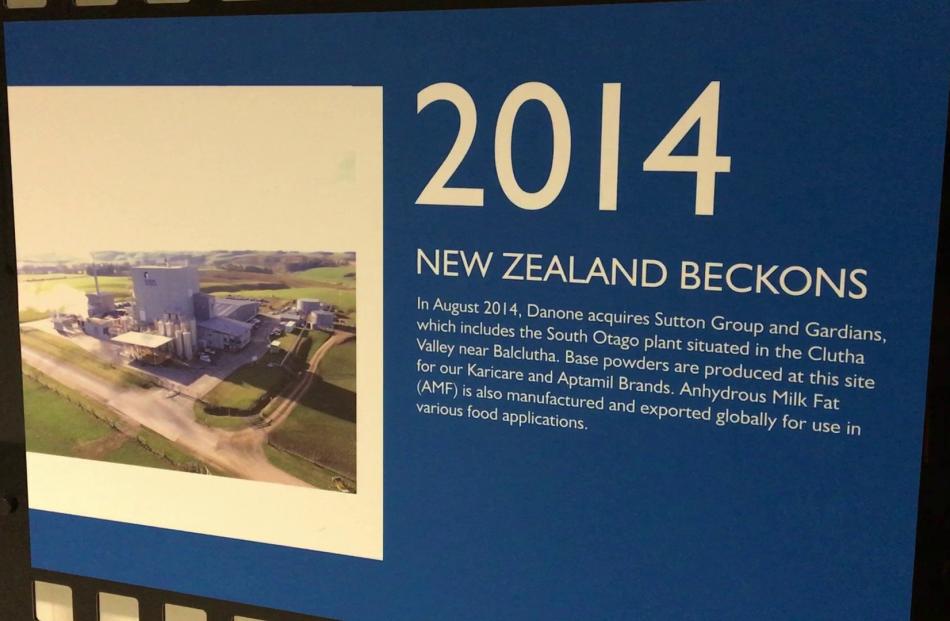 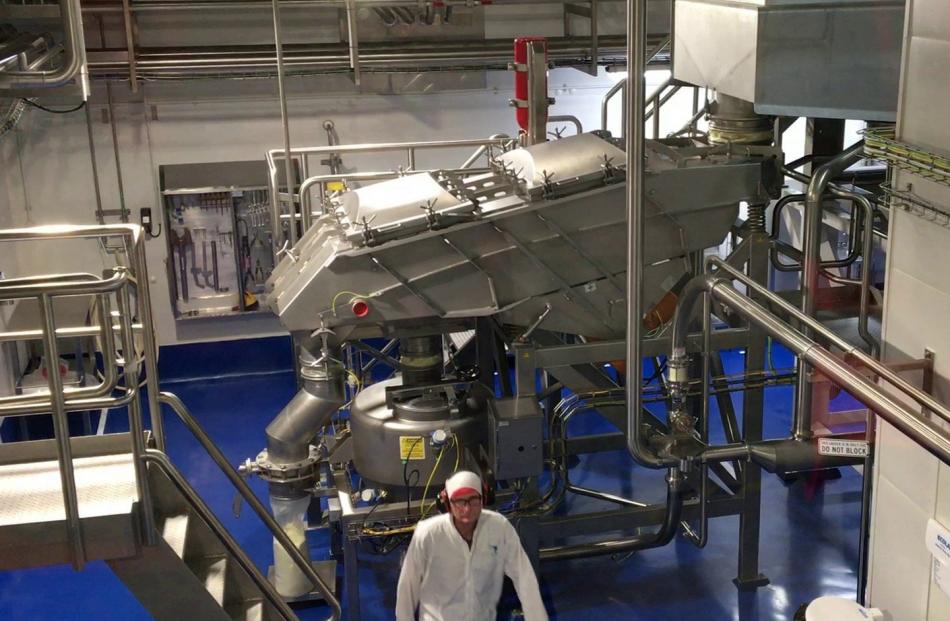 A milk powder sifter at the plant.
French food and drink giant Danone enjoys closer links to New Zealand — and particularly the deep South — than might at first be apparent.
Richard Davison finds out more about the company’s plans for its Clydevale, South Otago, operation as it invests $30million in green energy, and in its latest boost to local employment.

Danone, founded in Barcelona, Spain in 1919 by Isaac Carasso, and perhaps best known for dominating the yoghurt and dairy food markets in Europe, is better known domestically for its foothold in the infant formula market.

Brands such as Aptamil and Karicare are familiar names to many a Kiwi mum, and the latter brand also has a close historical association with a key New Zealand identity.

New Plymouth-born Sir Truby King was a noted innovator in many areas and, during the early 1900s, ran a dairy farm and logging operation in remote Catlins hamlet Tahakopa.

Also a trained physician, during the same period Sir Truby developed an interest in infant nutrition.

At a time when there was no help for mothers unable to breastfeed, Sir Truby was convinced at least half of baby deaths occurring in the first year of life were preventable, if this could be addressed.

In 1907, he founded the Royal Society for the Health of Women and Children in Dunedin — a later evolution of which became Plunket.

Its motto was "breast fed is best fed" but, acknowledging that was not always possible, Sir Truby began to open clinics and experiment with milk formula.

"Karitane" was born, named after the Otago town where Sir Truby and his wife first provided formula to malnourished babies.

In 1927, under his guidance, the Karitane Products Society developed its first range of milks.

Fast forward to 2007, and Danone acquired infant formula producer Nutricia, which had developed historic successor the Karicare brand in 1996, and went on to take over Sutton Group’s milk powder plant in Clydevale, near Balclutha, in 2014.

Since that time, milk powder from the plant — which sits a mere 50km north of Sir Truby’s original Catlins dairy farm — has been used to make Karicare and other Danone Nutricia brands for domestic and international markets, mainly in the Asia-Pacific region.

The neatness of the circular connection has not been not lost on Danone Nutricia operations director Leon Fung.

He said the company was looking forward to helping fund a new heritage track to a historic bridge fragment, sited near Sir Truby’s original farm.

"We’re excited to support the history and heritage of the area.

"Sir Truby was a key figure in improving infant nutrition, and lends a name to our Karicare brand, so it’s an important link back into the local area and history for us."

The 500m riverside track is expected to open in November, and will have information panels provided by Danone.

Mr Fung was in Clydevale last week overseeing progress on an innovative new biomass boiler plant for the factory.

He said the company expected the plant to reduce the factory’s carbon emissions by 95% when it came online late next year.

Adding to the environmental benefit, the new plant would use waste woodchip, rather than lpg, to fuel its milk-drying boilers.

"The new plant will deliver sustainable energy for us here in Clydevale, as part of Danone’s journey to what we call triple-zero. We’re aiming for zero water wastage, zero net carbon emissions and zero waste by 2030."

Woodchips from the South Island’s forestry and lumber industries would fuel the plant, minimising the environmental impact, he said.

Alongside multiple short-term jobs created during construction of the $30million plant, its longer-term operation would require the creation of a further 10 or more permanent roles.

This would be on top of more than 60 additional staff added to the main plant roster — at present a total of 125 — since Danone’s takeover in 2014.

The investment in infrastructure and people was central to the company’s strategic ambitions for New Zealand into the coming century — plans which had been only moderately affected by the effects of the global Covid-19 pandemic, he said.

"Including this project, Danone has invested $150million in its six New Zealand sites during the past five years, and we’ll be continuing to look at other opportunities for expansion as the market demands.

"Covid-19 has created some unique challenges for us, as for everyone worldwide but, in general, we remain on track, and remain optimistic for the future."

Despite a well-publicised job surplus in South Otago during recent years, Mr Fung said Danone had not struggled to employ suitable high-calibre staff for Clydevale, and churn was low.

"We have a range of programmes in place to attract and retain the staff we need to operate a complex plant like Clydevale, and maintain the paramount quality and safety standards we demand in our products.

"Those range from junior management programmes to attract the brightest graduates, to temporary assignment of talented employees from

our global network, helping invest in and upskill local workforces."

The company had found operating in South Otago unproblematic, and it looked forward to propagating its links with Sir Truby King’s milk powder heartland "long into the future", he said.

"We’ve enjoyed very good support from the local council, and the location is ideal.

"Grass-fed milk has high appeal for our customers, so we’re well placed to take advantage of the best of ‘clean, green’ New Zealand primary production here.