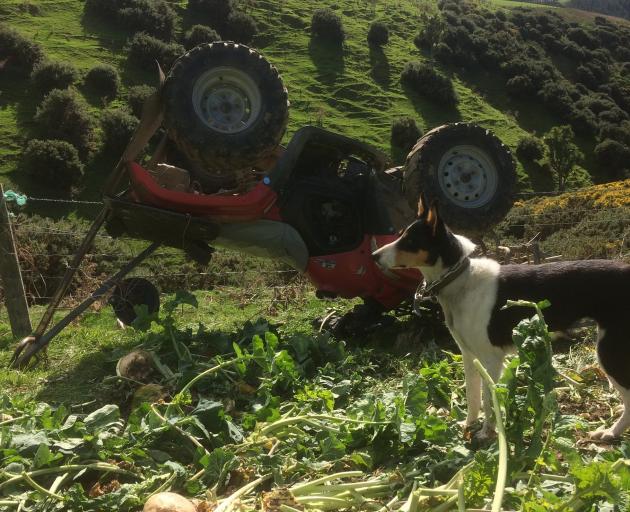 Mr Jack was putting up a break fence adjoining a field of swedes on his 400ha sheep and beef farm near Balclutha on April 5 when disaster nearly struck.

"I was on the quad bike on a wee slope, nothing dramatic, when my rear wheel hit a large swede and boompha, I was over," he said. 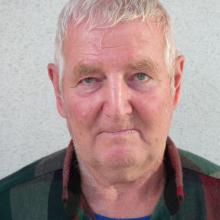 Douglas Jack
Fortunately, after seeing his uncle saved by a raised deck board on his Bedford truck during a similar incident as a boy, Mr Jack had long been a believer in rollover protection on his quad.

"I’ve had a bar since 1995, $600, welded to the carrier. I don’t think people realise just how quickly and unexpectedly you can find yourself in trouble on your bike. There’s no doubt the bar saved my life on this occasion."

Mr Jack sustained minor injuries to his hand and arm in the accident but was otherwise left unscathed.

Statistics from WorkSafe NZ show quad bike incidents make up the single largest group of workplace fatalities involving vehicles in the agricultural sector, at 28 of 98 fatalities total for the past five years.

Tractors are close behind, at 27 fatalities.

A WorkSafe NZ spokesperson said the organisation had been working hard to research and assess the most effective ways to help reduce the death toll from quad bike use on farms.

It was "close to finalising" its position on the use of so-called operator protective devices or OPDs, a category including rollover bars such as that used by Mr Jack.

Further information and guidelines would be published later this year, the spokesperson said.

However, WorkSafe did not expect any new legislation to arise as a result of its findings.

"The Health and Safety at Work Act is not prescriptive and it’s over to farm businesses, as PCBUs [persons conducting a business or undertaking], to determine how they will address any risks they have identified. That includes quad bike roll over."

New Zealand was behind Australia in addressing this issue, the spokesperson said, where significant regulatory changes had been proposed by the Australian Competition and Consumer Commission (ACCC) recently.

The ACCC has proposed a star safety ratings system and operator protective devices be enforced, alongside mandatory minimum performance standards for quad bikes and other all-terrain vehicles (ATVs).

For Mr Jack, any improvements in safety enforcement locally would be "better late than never".

"It drives me mad that rollover protection isn’t mandatory yet in New Zealand. You’re spending 10 grand on a bike, what’s $600 for the best insurance you’ll ever have?"