Central Otago cherry export crop down by a third 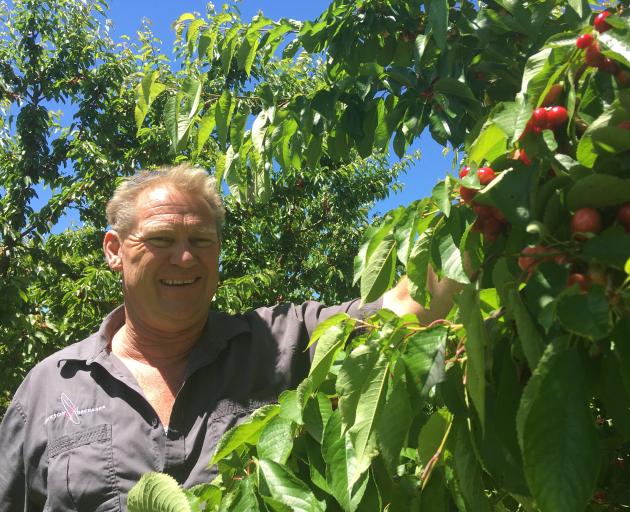 Cromwell grower Mark Jackson checks out last season’s cherry crop. PHOTO: ADAM BURNS
The final export figures for Central Otago cherries last summer have confirmed what orchardists knew early on in the season - harvests and income were significantly down on the summer before.

Summerfruit New Zealand figures released last week showed nationwide cherry exports were down by more than a third in tonnage - dropping from 4244 tonnes with a market export value of $84.1million in 2017-18 to 2682 tonnes worth $66.2million in 2018-19.

Summerfruit chief executive Marie Dawkins said the figures confirmed what had been "pretty clear early on in the season'' to orchardists.

Figures for the New Zealand or "local'' market were not available, however they had been "reasonably strong'' and helped some orchardists offset the drop in export cherries, she said.

But, although orchardists would have been affected by lower crops this summer, the cyclical nature of harvests was part of the industry, Ms Dawkins said.

"They [orchardists] have to be able to deal with these fluctuations and they do; that's the way of life.''

In 2013-14, 1600 tonnes of cherries were exported. Orchard expansions and new plantings have contributed to a general increase in harvest since then.