Photo: Stephen Jaquiery
More than 300ha is about to be planted in sunflowers by growers including My Food Bag co-founders Nadia Lim and Carlos Bagrie.

Lim and her husband are understood to be trebling last year’s 6ha-crop in Central Otago.

Most of the cash crop goes into the ground in Canterbury, and 120 days later will be harvested in March to make high-oleic sunflower oil.

The seeds are processed by Pure Oil New Zealand at its Rolleston crushing plant. 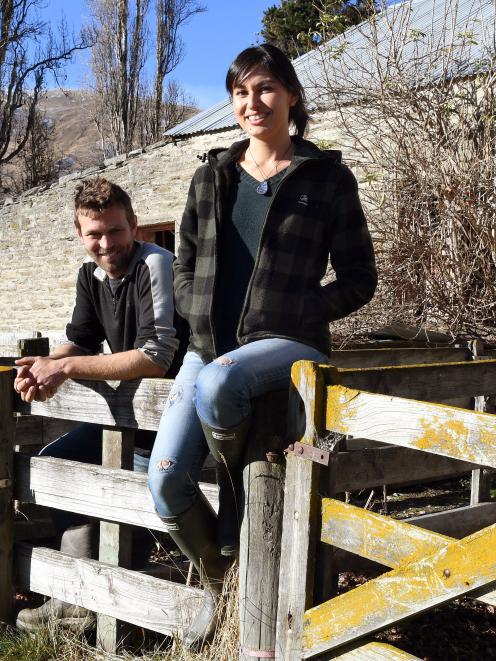 Managing director Nick Murney said there was capacity to increase the number of farmers who grow the crop from the current 15-20.

‘‘We like the ground to be 10 degrees and rising so we will be planting soon. We think we will be similar to last year with about 300-plus hectares.’’

Pure Oil processes 3000ha of seed oil a year, mostly rape seed oil. Sunflower oil is a specialty crop, but it is expanding.

He said the late-planting and early-maturing sunflowers worked nicely as a double crop in rotation, especially with vining peas, and then could go into cereal.

Returns were similar to short cash crops such as peas and there was room to improve average yields of three tonnes a hectare, he said.

The Foundation for Arable Research has just completed a three-year project looking at alternative land uses, and identified high-oleic varieties of sunflowers as a promising crop.

He said consumer demand was strong as the top-quality oil had a higher smoke point than regular sunflower oil, and many health attributes included low saturated fat content.

Pure Oil produces the oil under its Good Oil brand for domestic consumption and it is also used for crisp making, with the meal made into horse feed.

Lasers are now used as a cost-effective deterrent to curb crop losses from birds. Researchers believe growers need at least 60,000 plants per hectare to have a successful crop and reasonably big paddocks to contend with bird damage.

Mr Murney said it was good to have a high-profile person like Lim growing sunflowers at their Crown Range property.

He said they were in talks to see if they could extend the grower-supplier relationship into a joint marketing of oils.

A new addition will be 20ha planted in soya beans under irrigation near Kirwee, Ellesmere and Long Beach for human consumption and stock feed.