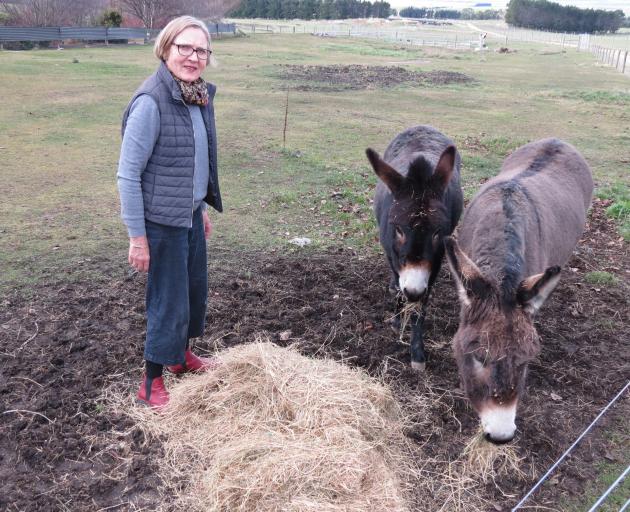 She said she would love to see a garden trail or festival held in the area to encourage visitors to stay longer and ''appreciate our beautiful wide-open spaces''.

''Apart from the gardens, there is saffron in Oturehua, garlic in Moa Creek, orchards and lavender and much more,'' Mrs Falconer said.

Laurie and Marj Falconer bought Clachanburn Station from the widow of the original owner, Charlie Aitchison in 1959, and Jane's husband Charles took over the farm from his parents in 1977.

''Charles developed the hill, took advantage of the irrigation and moved from sheep and cattle and into deer and cattle.''

''Forty-two years ago nobody had big gardens in the Maniototo as nobody had the water.'' 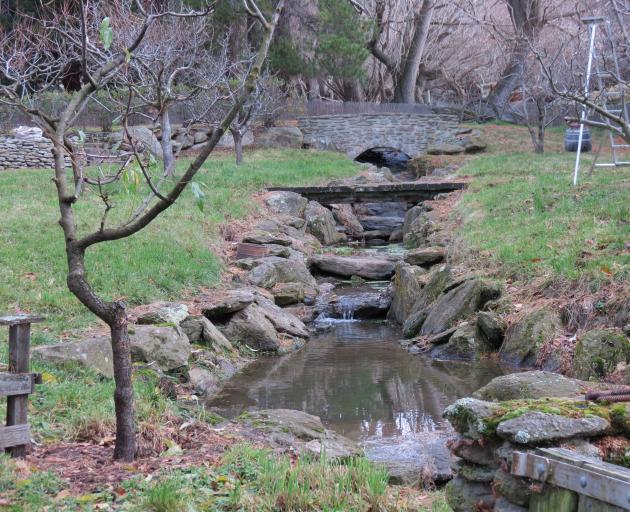 A stonework bridge spans a creek in Jane Falconer's Clachanburn gardens, in Maniototo.
She said before the Maniototo Irrigation Scheme was commissioned in 1983, the valley was dryland farmed and the area classified as semi-arid.

''The water came through and that changed the face of farming [here] and provided the opportunity for larger gardens.''

She opened the garden to the public by appointment only, in 1992, and since then has enjoyed hosting gardeners, garden clubs, and groups from all over the world.

Jane and Charles' son John and his wife Mary, along with their children Lucy (11) and Charlie (10), now run the deer and beef operation.

When Lucy was 4 she was diagnosed with leukaemia, and had to be rushed to the Christchurch hospital.

She has since recovered and as the family was so grateful to the hospital and Ranui House, where the family stayed during her two-year period of treatment, they wanted to do something in return.

Mrs Falconer had seen another rose named after a cancer sufferer, which was a successful fundraiser, and contacted the Tasman Bay Nurseries, which had an unnamed rose available.

''I went to the nursery and when I walked in the door there was this gorgeous little pink floribunda rose, so perfect for a little girl, and I was fighting back the tears''.

With the support of the Maniototo Lions Club, and other Lions clubs they sold ''Lucy's rose'' and have raised nearly $30,000 for Ranui House.

She said gardening was ''in her bones'' and she was keen to continue hosting visitors and have the family nearby.

''I do believe gardening is an art form and never stays static,'' she said.

She remembers her grandson Charlie asking when he was 6 or 7, ''GaGa do you love me as much as the garden?''

''That took me back a second or two.

''I said, 'You know I love my garden, but if I had to choose it would always be you, as family comes first'.'' 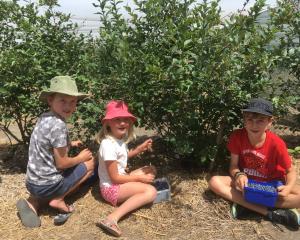 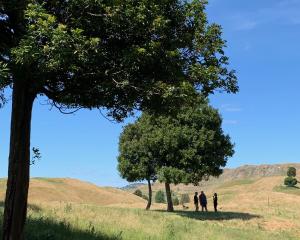 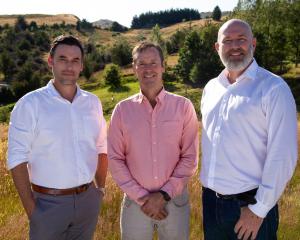 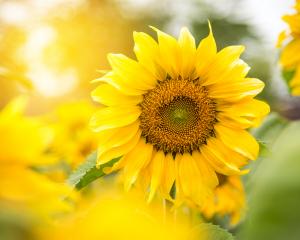