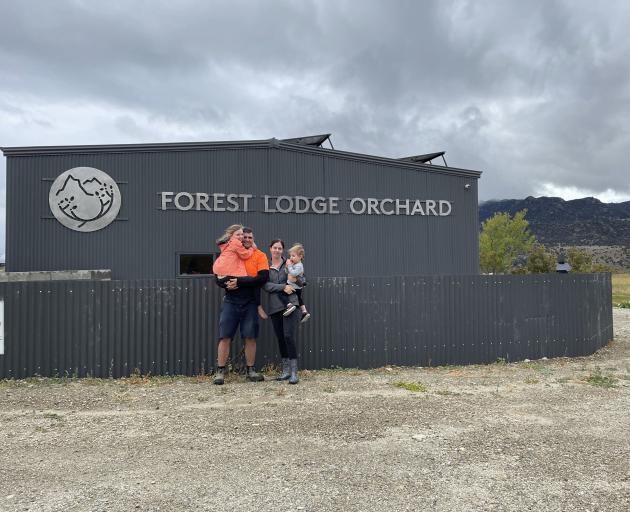 Early next year, they hope the puzzle will be completed when what is believed to be New Zealand’s first fully electric tractor arrives on their Mt Pisa property.

The couple established their cherry orchard in 2019 and their ambition was to produce high quality produce using 100% renewable energy.

Allowing intelligent energy storage and the ability to export back to the grid provided the orchard with another revenue stream.

The project was recognised at the recent 2021 Sustainable Energy Association of New Zealand (SEANZ) Energy Awards where Infinite Energy was joint winner of the best grid-connected renewable system.

The awards recognised and celebrated businesses pushing the boundaries within the solar industry to provide cutting-edge technologies and create a positive impact on communities and the environment. 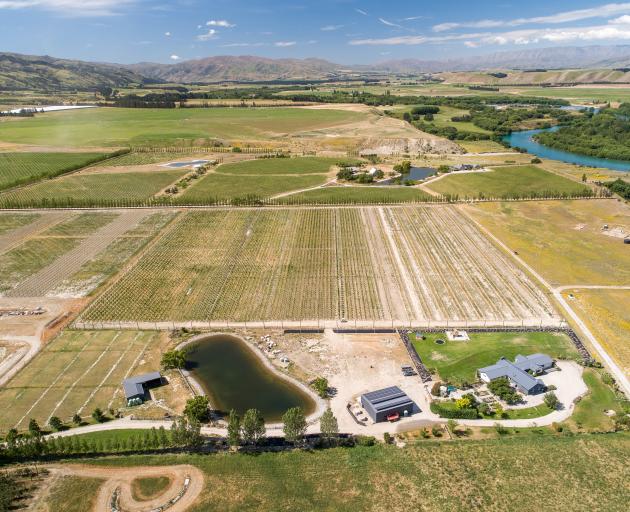 An aerial view of Forest Lodge Orchard at Mt Pisa in Central Otago. PHOTO: SIMON DARBY
Owning a cherry orchard was a far cry from Mr and Mrs Casey’s previous lives; Mr Casey was a software developer who started his career as a programmer at Westpac and Inland Revenue.

The couple moved to Sydney in 2008 and he started GradConnection, a tech start-up based on helping university students get into the right career, which was later sold to Seek.

Mrs Casey studied accounting at university and started her career in audit at KPMG Wellington.

In Sydney, she specialised in financial accounting.

The couple were always looking to move back to New Zealand and they were particularly drawn to the Wanaka-Queenstown region, due to their love for the outdoors.

Eventually, they bought the Mt Pisa property — with 9ha of land — for the same price as a house in Wanaka.

Mr Casey always knew that his next start-up would be in the renewable space, he just was not sure just how that would play out.

They decided to plant cherries and try to make some income off their land. It was an opportunity to marry his interest in renewable technology with real-world business.

While he did not know about horticulture, they were "standing on the shoulders of giants", as there were many people in the area with huge knowledge of the industry who were willing to share it.

The Caseys soon had 9200 cherry trees and they used the Upright Fruiting Offshoots high-density growing system, where the trees were trained on a wire trellis with upright offshoots which produced the cherries.

Mr Casey said the "electric future" was coming and business owners should be excited about the efficiencies and cost-effectiveness of that.

The couple’s primary goal was no fossil fuels used in a season and they expected to achieve that for their first commercial crop in the 2022-23 summer.

Their second goal was to generate enough power to have a net zero energy bill for an entire season.

They would do that with solar generation, as well as buying power when it was cheap, and selling it back during times of congestion.

Mr Casey had written a custom computer programme running on a micro-computer that interfaced directly with Infinite Energy’s solution.

Using a ripple control unit, Forest Lodge could pick up on times of congestion and avoid Aurora congestion charges, as well as export and contribute back to the grid to help offset capital costs.

The couple’s long-term vision was developing a renewable consumer brand that growers throughout the country could use to gain a premium price on their products.

Likening it to free-range eggs, Mr Casey hoped that consumers would be prepared to pay higher prices for food that did not use fossil fuels.

A grant from the Energy Efficiency and Conservation Authority had enabled them to buy an electric tractor from California.

Mr Casey was excited about the business venture. Already, hundreds of people, mainly involved in the horticulture and viticulture industries, had visited their property.

"A lot of people are in the inquisitive camp when it comes to adoption of electric technology. We see our role as being real-world demonstrators," he said.

The only real down side was the upfront capital outlay but once that was established, it opened up opportunities, he said.