Company faces up after swede mix up

Compensation will be paid to farmers who are tied up in the PGG Wrightson swede mix up.

At the end of February, after the bulbs of swedes started appearing, the company learned 556 farmers were sold HT-S57 white-fleshed swedes after paying for a new seed variety, Hawkestone yellow-fleshed Cleancrop swede.

The HT-S57 swede had been discontinued last year.

Compensation worries were the biggest issues raised by farmers, along with alarms about the recommendations given with the HT swedes sold last year and also how the mix-up happened. 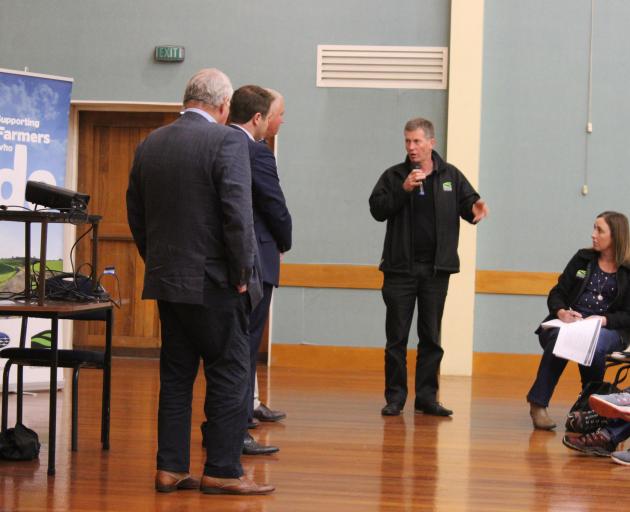 Mr Green said there was 9300ha of HT-S57 planted this year when there was a complete substitute of the new Hawkestone swede nationwide.

''We understand that Southland and Otago particularly have been through some tough times in terms of weather. We also have the challenge of M. bovis out there and I'm sure none of you need this situation on top of that.''

In terms of compensation, the business had a mechanism set up for claims, so farmers could receive compensation.

Another issue raised was about the waiver farmers who planted the HT swedes last year were asked to sign, with one recommendation being not to feed the swedes to pregnant or lactating dairy cows.

The reason the endorsement went on was because, when the initial issues were exposed in 2014, there were a lot of cases where the swedes were not being used properly, Mr Green said.

As for how the mix-up occurred, Mr Green said it was a big mistake and PGG Wrightson was incredibly sorry for the problems that had been created as a result.

''It was a basic human error around the line selected for seed treatment. As you all appreciate, once the seed is treated there is no way of telling what that particular variety is and that came through the entire supply chain.''

Mr Green reassured those present that the remaining HT-S57 seed had all been destroyed.

Mitigation was key and it was about everybody working together to manage the situation as best as possible, he said.