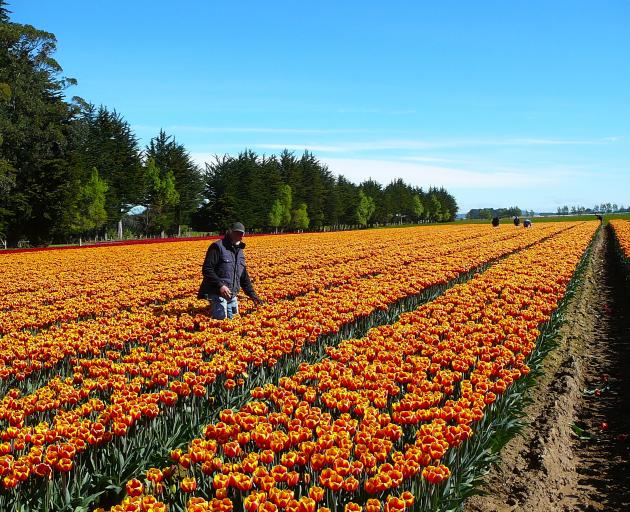 The Dutch-owned company gained ministerial approval for the purchase in April, which would allow it to effectively increase its planting to 80ha and add around one million flowers to its export revenues. Brent Melville reports.

Horizon Flowers New Zealand Ltd is one of several companies with Dutch connections growing tulips in the ''ideal tulip growing climate and soil'' of Southland.

The five companies lease or own a combined 350ha, growing and exporting an estimated 175million tulip bulbs every season.

Horizon Flowers NZ manager Roy Smak, said the 162ha Mabel Bush farm would be divided into six 27ha plots, with planting on a six-year rotational growing cycle. The majority of the property will be leased back to the vendor.

''In addition to expanding our planting by around 20ha, this block will create permanent and seasonal planting and harvesting jobs and importantly, it allows us to grow our tulips further afield and to cover risk if leased land is not suitable.'' 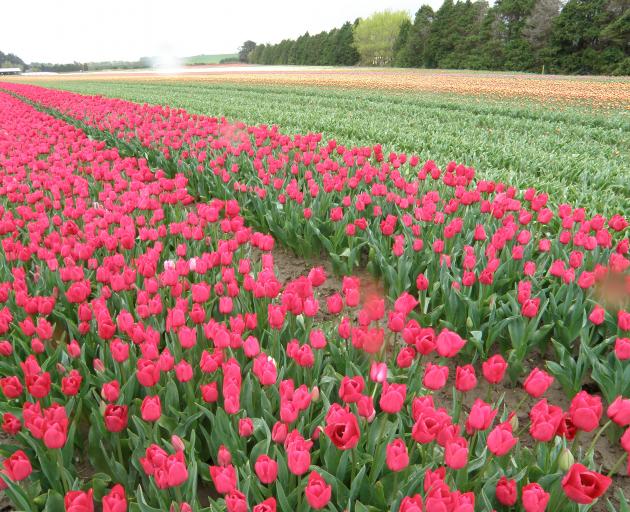 Five Southland companies lease or own a combined 350ha, growing and exporting an estimated 175million tulip bulbs every season. Photo: SRL files
He said the investment would also provide additional access to irrigation resources and a storage facility.

''This is required mainly to keep the bulbs cool.''

Horizon grows, distributes and markets 15 types of tulip bulbs to the European, United States, Canadian and Scandinavian markets,with the main focus on a number of standard lines. The Southland bulbs are harvested during the January and February months and shipped to the northern hemisphere in climate-controlled containers, where they are then raised in hot houses timed to bloom during the northern winter when flower prices are higher, to expand the market season and to utilise the gear in the hot houses in the off-season when it would otherwise be sitting still.

Rudi Verblancke, operations manager of Triflor, said Southland was the only area suitable for tulip farming.

''But while conditions are excellent, the main issue remains as a lack of skilled labour.''

Dutch workers were commonly used on the tulip farms during the northern hemisphere off-season.