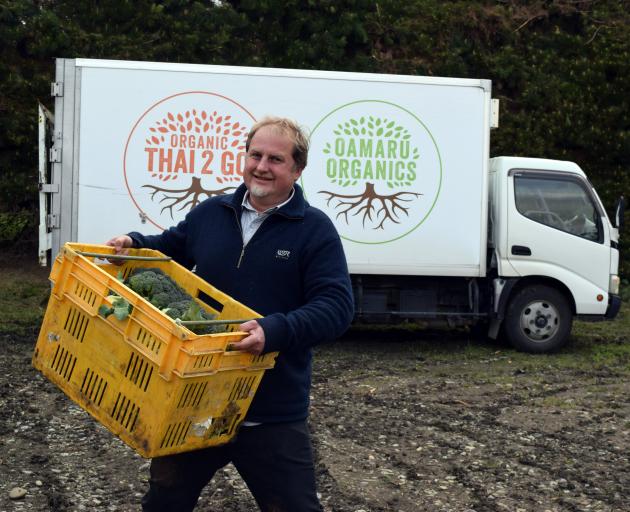 Organic Solutions director and co-founder James Porteous packs a truck with organic vegetables in Oamaru to deliver to his Thai takeaway shop in Queenstown earlier this month. PHOTO: SHAWN MCAVINUE
Business is booming since a transtasman partnership bought an organic market garden in North Otago. Shawn McAvinue talks to Organic Solutions co-founder James Porteous about adding value to his crop and how some bad legal advice had them hit with a hefty fine.

A company cultivated on a transtasman friendship continues to grow since buying an organic market garden in North Otago despite the Government slapping it with a $20,000 fine.

After the sale the farm name was changed to Oamaru Organics.

Organic Solutions director and co-founder James Porteous, of Cromwell , said he was unaware the deal had breached the Overseas Investment Act.

The Act was breached because Australian company Lanson International Holdings owned more than 46% of Organic Solutions. The majority shareholder of the Aussie company is his mate Marc Lanson, who lives in Sydney. 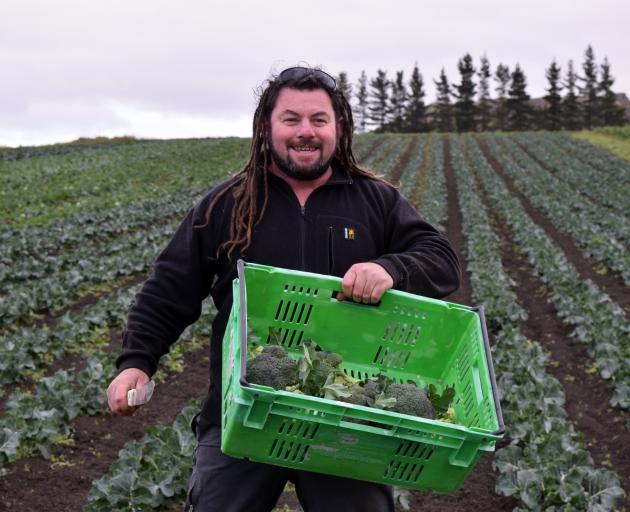 Oamaru Organics head grower and Organic Solutions shareholder Nigel Clark harvests broccoli in North Otago this month. PHOTO: SHAWN MCAVINUE
The rules state Australians could not have any more than a 25% share of any purchase of New Zealand land bigger than 5ha without gaining a consent first.

‘‘I didn’t know that rule and neither did my lawyer.’’

A retrospective consent was granted stating ‘‘the breach was inadvertent, voluntarily self-reported and resulted from substandard legal advice’’.

He estimated the ‘‘oversight’’ cost Organic Solutions and its lawyer an extra $50,000 on what it would have cost if they had got a consent before the purchase.

The retrospective consent also took a long time to get across the line, including the mates travelling to Wellington to apologise to Land Information New Zealand staff.

In hindsight, he would have bought the farm in a way which did not require a consent, such as Mr Lanson owning a quarter share and New Zealanders owning the rest. 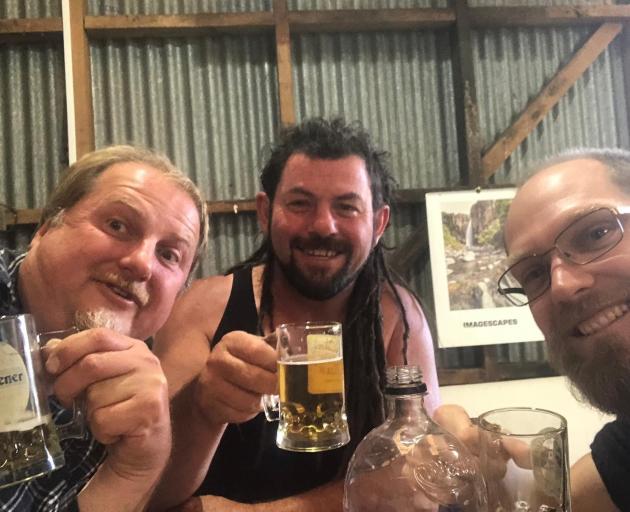 Organic Solutions shareholders (from left) James Porteous, Nigel Clark and Marc Lanson celebrate buying their farm Oamaru Organics about two years ago. PHOTO: SUPPLIED
The friendship of Mr Porteous and Mr Lanson began about 30 years ago, after meeting as teenagers when studying in Japan.

The pair stayed in Japan to work — Mr Porteous in Tokyo for more than 20 years as an IT consultant — and both men married Japanese women.

Mr Porteous and his wife, Atsuko, returned to New Zealand in 2014 because they wanted their children — Anne (5) and Jim (3) — to experience growing up in New Zealand.

On returning, he bought a failing Thai restaurant as a going concern in the Queenstown suburb Frankton.

His mate across the Ditch lent him some working capital to run his Thai eatery.

After Queenstown, he opened Organic Thai2Go shops in Timaru, Wanaka, Cromwell and Christchurch.

From Christchurch, the company launched its line of organic ready-to-eat meals in March this year.

The fresh meals were sold online at southernorganics.co.nz and delivered nationwide.

A ready-to-eat arm allowed cashflow to continue when Covid lockdowns forced the closure of the Thai restaurants.

Boxes of fresh produce were also sold online at www.oamaruorganics.nz.

‘‘In the beginning it was me and one chef.’’

The plan for the business now was to stop expanding its Thai2Go chain and focus on growing its ready-to-eat meal division.

‘‘Although it would be great to have a Thai2Go in Dunedin.’’

Positive feedback from buyers of Oamaru Organics vegetables at Otago Farmers Market had sparked the idea.

Many of the crops gown on the farm were ingredients for Thai food, including joi choy and bok choy.

Mr Porteous had asked for komatsuna mustard spinach to be grown because it was a vegetable his wife was missing from home.

Mr Clark said the snub was because he considered him to be a ‘‘fly-by-nighter’’, he laughed, as the pair enjoyed a beer in the packhouse after a day of work.

‘‘It was a good opportunity for me and it’s worked out awesome,’’ Mr Clark said.

He was enjoying being able to make more operational decisions, including launching a farmgate stall in December last year.

Mr Clark said he had worked on the farm for more than 20 years and some past owners ran the farm with the mentality of there being ‘‘the right way, the wrong way and my way’’.

Mr Porteous said Mr Clark was a good farmer and knew his stuff.

‘‘You don’t mess with that. I wouldn’t have bought the farm if Nigel wasn’t keen to stay on.’’