"In a small area like this, it’s unbelievably quiet — minimal traffic through the town, it’s just incredible."

There had been Covid-19 cases in the valley and locals had been taking the lockdown seriously.

"Everywhere is a bit sombre. They know there will be a flow-on effect to the economy.

"Coming out the other end of this, I imagine some small businesses will struggle."

The stretch of Central had a large agricultural and horticultural industry, which had been able to carry on during the lockdown, although not unaffected, he said.

"It won’t be happening as efficiently as it could, but it carries on.

"The farmers aren’t getting their stock off to the freezing works as fast as they would like."

Apple orchard CAJ van der Voort administrator Toni Birtles said production continued throughout the lockdown, at what was a busy time of year.

"We have everything in place now but the first couple of weeks were quite challenging.

"We have a large facility so the distancing of two metres wasn’t too difficult.

"The picking will finish this week but the packing will go on until June."

A third of the orchard’s approximately 90 staff came from Vanuatu, and another third were backpackers, Mrs Birtles said.

"That has been difficult for some staff because they were worried about what was happening in their home countries.

"But I think they are happy where they are in the Teviot Valley."

Millers Flat Tavern owner Lucy McConway said she was gearing up for a big weekend of takeaway orders.

"People are hanging out to come and have a yarn when the bar opens — we have a lot of farmers here, and I’ve heard they are really missing that." 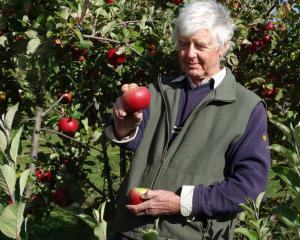