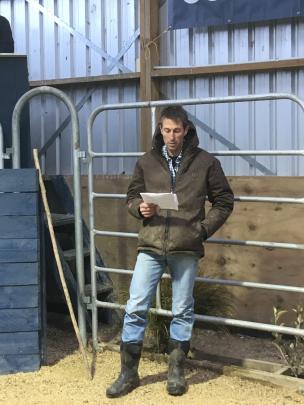 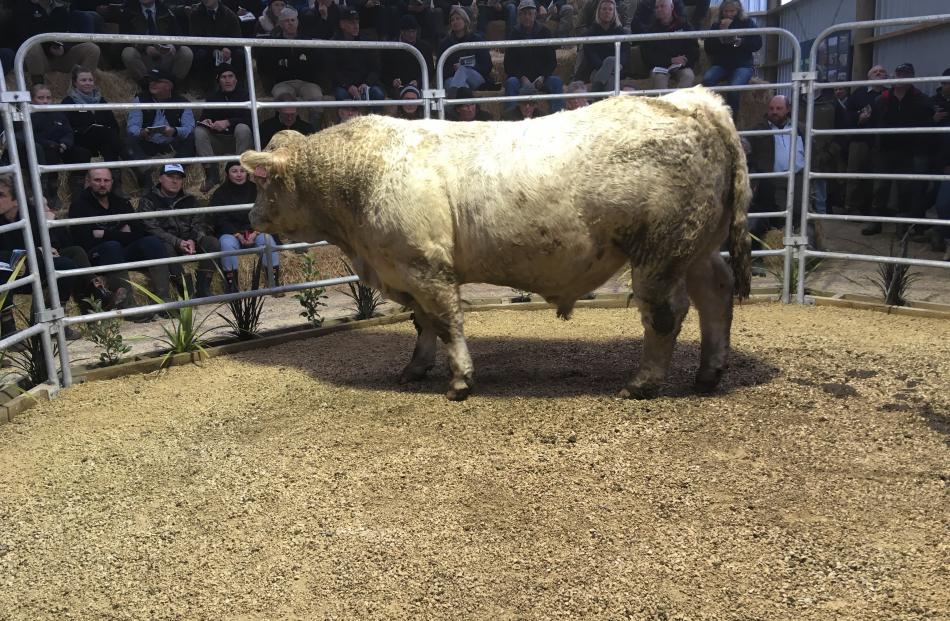 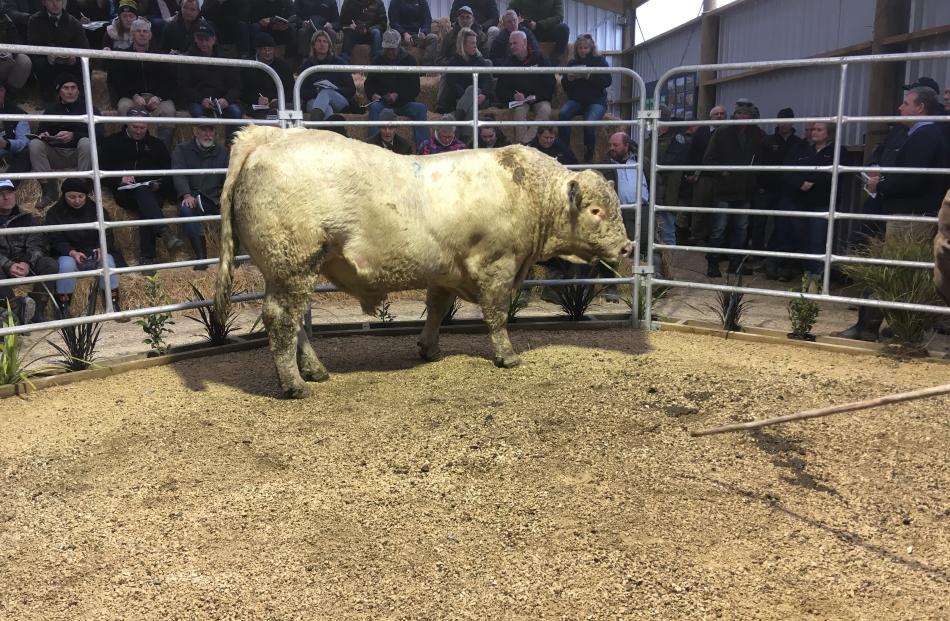 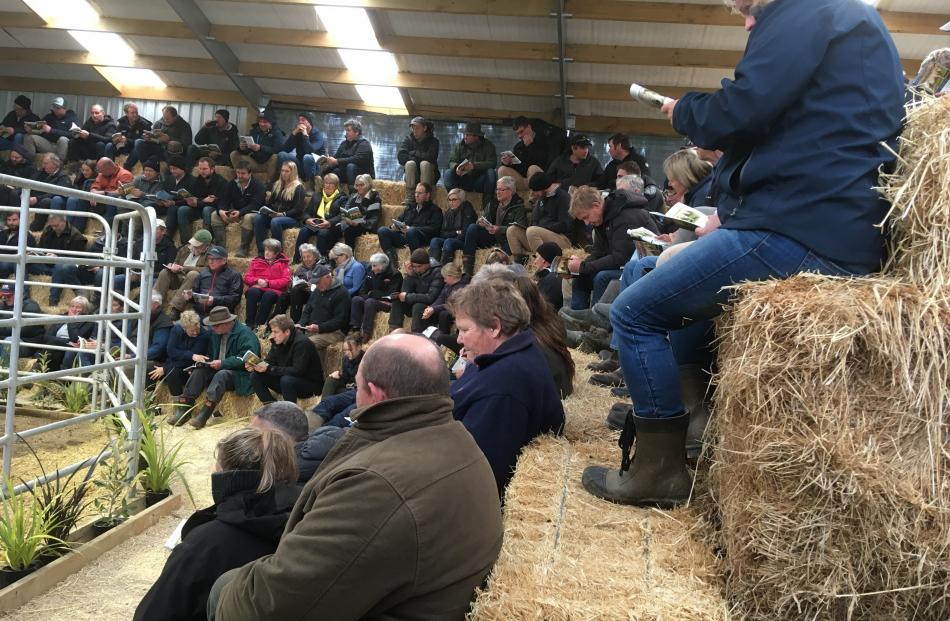 A strong gallery of buyers packed in for the Hemingford on-farm bull sale last week.

A North Canterbury stud breeder is looking to take the next direction.

While the day’s top price of $28,000 went to a young bull sired by Australian bull ANC Lynx, Next Direction featured prominently in the catalogue and several of his progeny topped the $10,000 mark.

‘‘It was a great sale. We’re really pleased. We had a good top price of $28,000 for one stud bull and good, solid commercial support right through, so we’re really happy,’’ stud owner Sam Holland said.

‘‘It’s taken a long time. Breeding cattle is a long process. We’ve focused on the temperament and the muscling with our bulls and it’s exciting to be able put up a line of bulls like this and have such great local support and from around the country.’’

Next Direction has a growing reputation. Semen rights have already been sold to Palgrove Charolais in Australia and semen has been exported to Valley’s End Charolais in Canada.

‘‘He’s a bull that we’ve had semen sold overseas and Next Direction sons sold really well. We had only used him as a yearling, so it’s just his first crop of bulls, but he didn’t have as many culls, so most of them made the sale, which was great,’’ Mr Holland said.

The sale was hosted jointly with Dave Long’s Alfriston Hereford bull sale, and five of the seven Hereford bulls sold for a top price of $5500 and an average price of $4500.