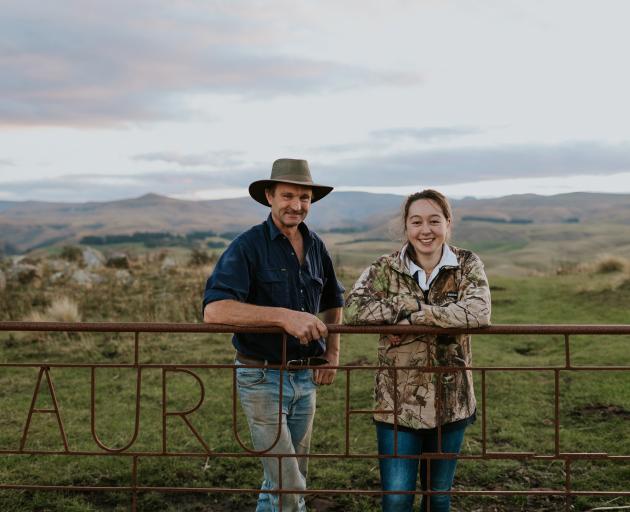 Bryce Burnett and his daughter Renata Burnett have launched Kauru Hill Venison as part of their North Otago farming operation. PHOTOS: RACHEL WYBROW PHOTOGRAPHY
"We live it. We love it."

North Otago farmer Bryce Burnett is talking about his family’s passion for the deer industry and venison which they have been producing at their Kauru Hill property for nearly 40 years.

It was his father Russell who made the move into deer, during the early stages of the industry, buying 30 hinds from Mark Acland in 1982 to add to his sheep farming operation.

Bryce took over in 2000 with his wife Janice, and, two years later, the couple decided to focus solely on deer on the 360ha property, inland from Oamaru.

They recently launched Kauru Hill Venison, an initiative which has been driven by Mr Burnett and elder daughter Renata who has just completed a product design degree at the University of Canterbury.

Last month, they were the latest stallholders at the Oamaru Farmers Market and were delighted with the response from the public. They were also keen to supply local restaurants and, potentially, expand further afield in the future.

Mr Burnett had no regrets about concentrating on deer. While it had been a "roller-coaster ride" as far as the market was concerned, the workload was a lot less and he enjoyed working with deer.

They ran 750 hinds, influenced by Foveran bloodlines, and focused on hardiness, strong build and placid temperaments which was something that was important to them. 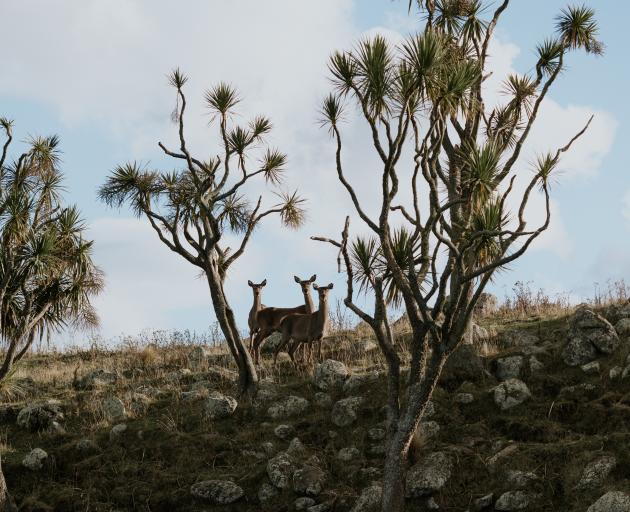 The Burnett family’s deer are raised at the foot of Kauru Hill, inland from Oamaru.
He had an idea since about 2013 about supplying direct to consumers, having received requests from people asking if they could buy animals from him.

The venison market has been hit hard by Covid-19, with the product being highly exposed to the European restaurant trade. It brought the idea back to the fore, coupled with the return of Miss Burnett (21) who starts a new job at Apex Engineering in Oamaru early next year.

Their venison was traditionally processed at Mountain River Venison and the specialist venison producer had been very accommodating about their new venture, Mr Burnett said.

They were selling a range of "top cuts" including French racks, tenderloin, shortloin, medallions and Denver leg, along with mince, which was being made by Pete Muldrew at the Weston Four Square, and was a good introduction for consumers who were not familiar with eating venison.

The family had supported as many local businesses as possible when it came to establishing Kauru Hill Venison and were grateful for the help they had received over the 12 months that the project had been in the making.

Mr Burnett was ‘blown away" by the response at the Oamaru Farmers Market and both he and his daughter enjoyed talking to marketer-goers about how their deer were farmed, explaining the attributes of venison — which was high in protein and iron and very lean — and how to cook it.

Nestled alongside the Kauru River, the family planted a nearly 20ha block of native bush with a QEII covenant to protect the land for the future, which had contributed to a growth in native birdlife and regeneration of bush.

A 100ha irrigation development, featuring fixed-grid pop-up sprinklers, had been a "game-changer"as dry conditions had always been a limiting factor in their business, Mr Burnett said.

Miss Burnett was excited to return home and use the skills that she had been away learning "rather than go off somewhere else".

Already busy with the farming business, Mr Burnett said he would be able to help her at times, but she would also have to take control and make decisions.

His father, who still came out to the farm to lend a hand, was pleased to see the new initiative.

"It’s really good to be able to take something he started and move it to another level," he said.