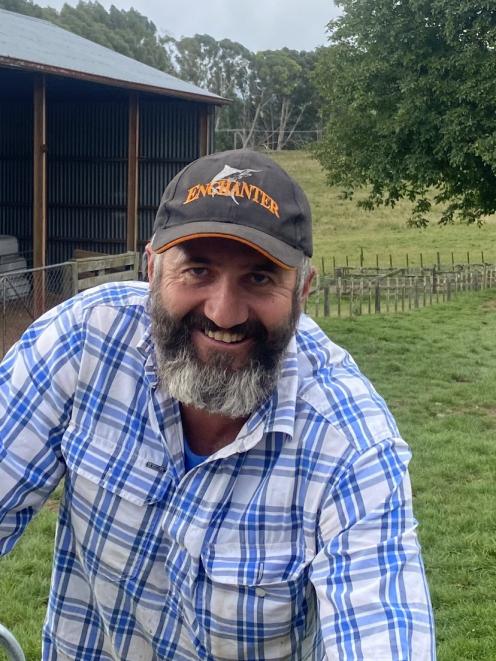 Guy Martin
Traditional sheep classing skills to achieve genetic gains across all breeds will be on show at a field day in eastern Southland on Thursday. Livestock Confirmation owner Guy Martin will class a flock of ewe hoggets as part of the field day "From Feet to Meat: Invest in Your Future" at Waikaka Station.

Mr Martin, of Greenpark in Canterbury, said modern farmers were busier than ever and some of the stockmanship skills required to class sheep for genetic gains had been lost.

"In my grandfather’s day that’s all they did — they had good rams, good dogs and good horses — if their horses weren’t any good, they couldn’t get to town."

By classing sheep by eye, he could select the sheep "fit-for-purpose" for a specific farming operation.

At the field day, he would assess the conformation and constitution of a flock of Texel ewe hoggets.

Although the event was hosted by Southern Texel Breeders, the skills he would demonstrate were relevant to all sheep breeds.

On average, he classed about 130,000 sheep a year across New Zealand and returned to his clients’ farms annually to improve the quality of the genetics.

"By going every year, you are constantly monitoring and upgrading the genetics."

He was better and quicker at making selections than most farmers because he had his "eye in" and removed the emotion from the decisions.

Farmers would often retain a ewe for breeding for no other reason than it was a "good old girl".

"I’m non-emotive, so if a sheep is not up to what it should be then it’s going in the B mob."

An option for a B mob of ewes could be to go to a terminal sire rather for breeding for replacements.

Growing grass was the biggest cost for a farm so he aimed to select most efficient flock to transform the feed to money.