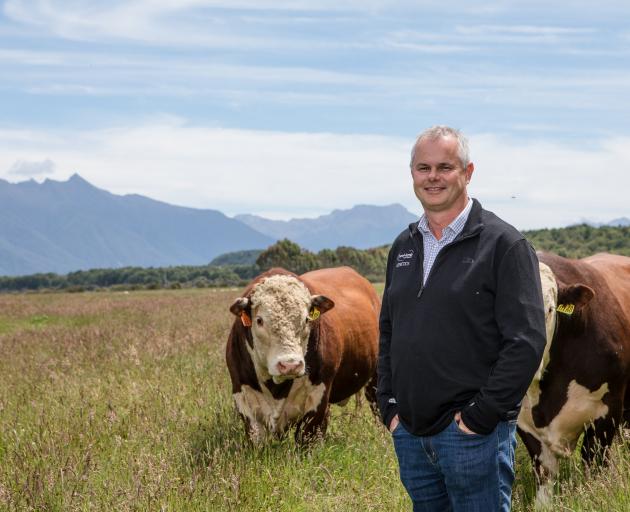 Dr Archer returned last month from a 12-day fact-finding trip to Canada and the United States.

The conference focused on beef genetics of the leading breeding societies in the United States.

Dr Archer has attended the conference three times and noticed something different this year.

He attended for the first time in 2018 and "no-one was talking about sustainability at all".

In 2019, the word sustainability was mentioned about four time during the two day event.

However, this year, everything on the first morning focused on sustainability and the subject was "prominent" through the rest of the event.

"There has been a massive shift in thinking in that space in the United States in a short period of time."

Now sustainability was "front and centre" in the US, similar to New Zealand, focusing on subjects such as greenhouse gas emissions, he said.

A difference between the two countries was New Zealand’s focus on the impact of nitrogen on the environment, but this was not being talked about in the United States at this stage.

Globally, scientists were jointly at the "starting line" on researching ways to reduce greenhouse gas emissions from beef cattle while maintaining productivity.

The challenge for scientists was to find a way to have beef cattle eating the same amount of feed while producing less methane.

"Globally, we are right on the cusp of working out how we are going to do it."

The scientists realised it would take a co-ordinated effort to find an "efficient and effective" solution.

New Zealand was a leader in sustainability in the global sheep industry, due to the scientific work by groups such as the the Pastoral Greenhouse Gas Research Consortium, which had been identifying genetic differences influencing how much methane an individual sheep produced, he said.

Earlier this month, Dr Archer travelled to Rotterdam in the Netherlands to attend the 12th World Congress on Genetics Applied to Livestock Production, where sustainability in beef and dairy cattle and sheep industries featured heavily in the convention schedule.

The week-long convention was held every four years.

"It is like the Olympics of livestock breeding science."