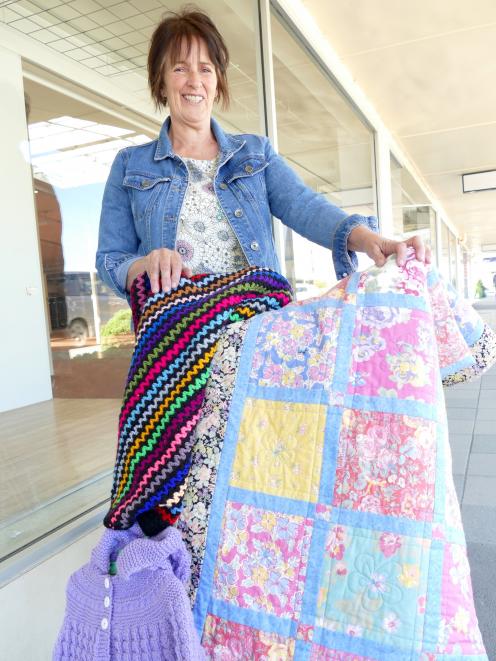 Last month, the South Otago A&P Society announced it would be holding a scaled-down annual show behind closed doors, due to anticipated Level 2 restrictions on crowd sizes at events.

At the time the home industries sub-committee was seeking a suitable venue to allow show entries to still be displayed and enjoyed by the public.

Although some classes of entry had been dropped due to the change, the space would allow remaining entrants and winners to show off their contributions to a much wider audience, she said.

‘‘In part it’s just nice to be able to still do something despite Covid. But there’s also perhaps a silver lining here in that people will get to show off their entries to many more people than would be possible at the show.’’

A quiltmaker and knitter herself, there was ‘‘something for everyone’’ among the many classes in the home industries schedule, Mrs Botting said.

‘‘It can be a fun, creative thing to do with your child or grandchild, and we’d encourage everyone to have a go this year.’’

Show bays — all-in-one displays including a baked item and up to 10 different craft items — were on a ‘‘vintage’’ theme this year.

There were nominal prizes for each class and for overall winners; small entry fees applied, Mrs Botting said.

‘‘Bragging rights’’ were also up for grabs.

‘‘It’s more important than ever, I think, to keep everything going so we can keep each others’ spirits up. It can be good to do something a bit normal.’’

Mrs Botting thanked the show’s many sponsors for their continued support and Ray White Balclutha, who had made the display window available.

A full schedule of classes can be found at Showday Online.