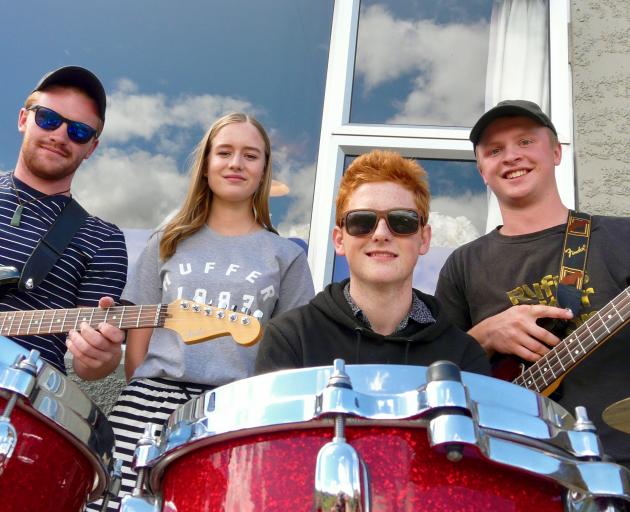 Mr McGann said the three men had been performing together for several years including opening for Bonnie Tyler at a concert at Gibbston Valley.

They had "been a bit dormant" for a while but when Miss Buchan was invited to perform at the A&P show "she asked us to back up and we thought, `Yeah, why not, a good excuse to play again'."

The band performed spirited interpretations of popular songs including Dire Straits' Sultans of Swing and SIX60's Don't Forget Your Roots.

Teviot Valley was "quite a musical place" with a few open mic nights on offer, Mr McGann said.

The Roxburgh Brass Band was a positive influence, and "those guys do really well".

"Jordan and Jesse, they've both got a lot of family connections in the brass band.