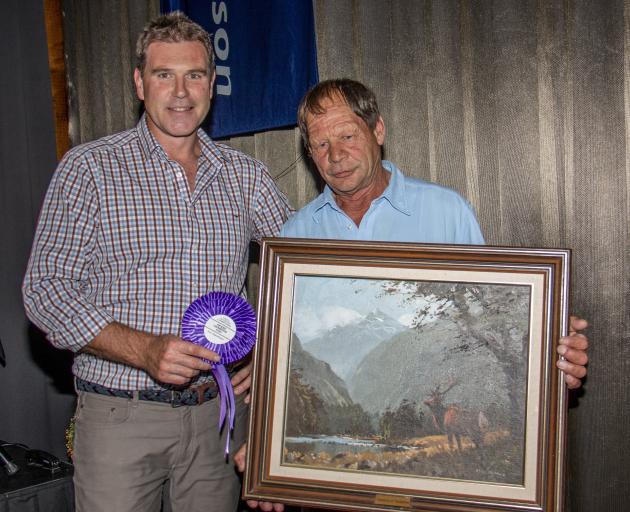 PGG Wrightson’s national velvet manager Tony Cochrane (left) presents Greg Oliver, of Palmerston, with the overall champion of champions award and painting by Peter Beadle for a head from red stag Benda. PHOTOS: SUPPLIED
An All Black and Highlander namesake won its owner the supreme champion of champions title at the 39th National Velvet and Hard Antler competition in Invercargill last week.

Red stag Benda, which is owned by Greg and James Oliver, of Palmerston, also won the five-year red section with a head of 13.38kg, and won the People’s Choice award.

Mr Oliver was delighted with the win.

"It was pretty hard to believe. I didn’t think he would get that far along," he said.

The overall runner-up was Nepia, from Tikana Stud, Winton. 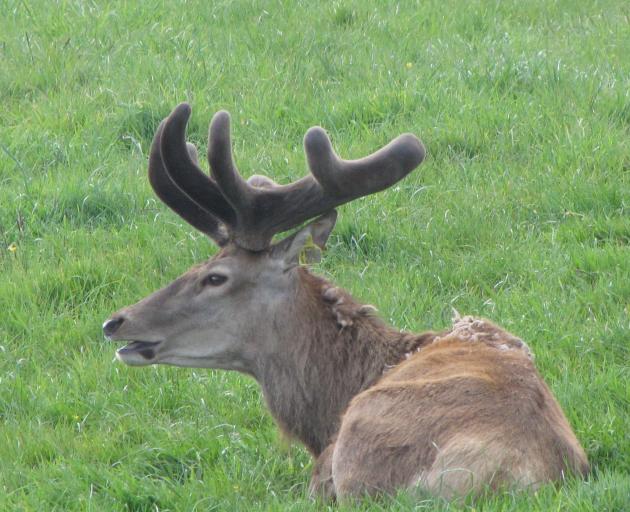 Benda came from Tower Farms Deer in Cambridge, and was named for All Black Ben Smith.

Mr Oliver, along with the Brock family, of Merino Downs, also own Joseph, named after Highlanders coach Jamie Joseph, which won another supreme title a couple of years ago.

The Olivers own and lease 320ha and focus on velvet production rather than venison.

They run about 1000 velveters and 500 hinds, and produced about six tonnes of velvet this year. 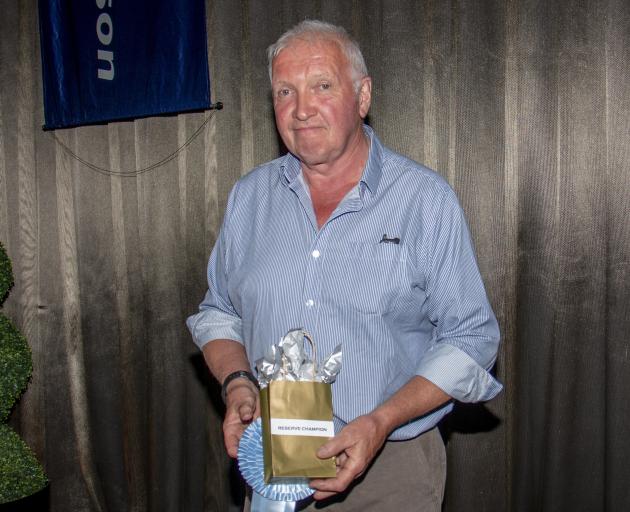 The Southland Deer Farmers Association (SDFA) held the annual competition and formal dinner at the Ascot Park Hotel attended by about 160 people.

SDFA chairman Bruce Allan said they had some outstanding entries and numbers were up slightly on previous years.

"The quality was exceptional. It was a pretty good night."

marketing New Zealand-branded velvet for the high-end health product markets in China and Korea, which catered to sophisticated clients.

As next year’s competition would be the 40th event, the organising committee was planning to mark the occasion with a big celebration.

Mr Allan was looking forward to this season’s deer sales.

"While we don’t know how strong the demand will be as it is very early in the selling season, the quality is right up there and there are some very good animals for sale.

"There will probably be some very good buying opportunities for people looking to improve," he said. 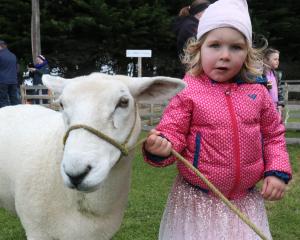