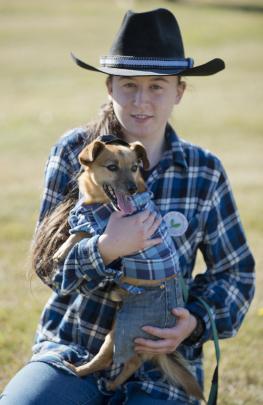 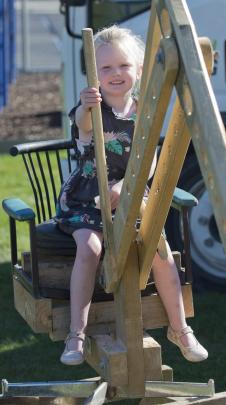 Having a go on a digger made by Ashford Landscaping staff from recycled materials is Annabelle Coburn (3), of Dunedin. 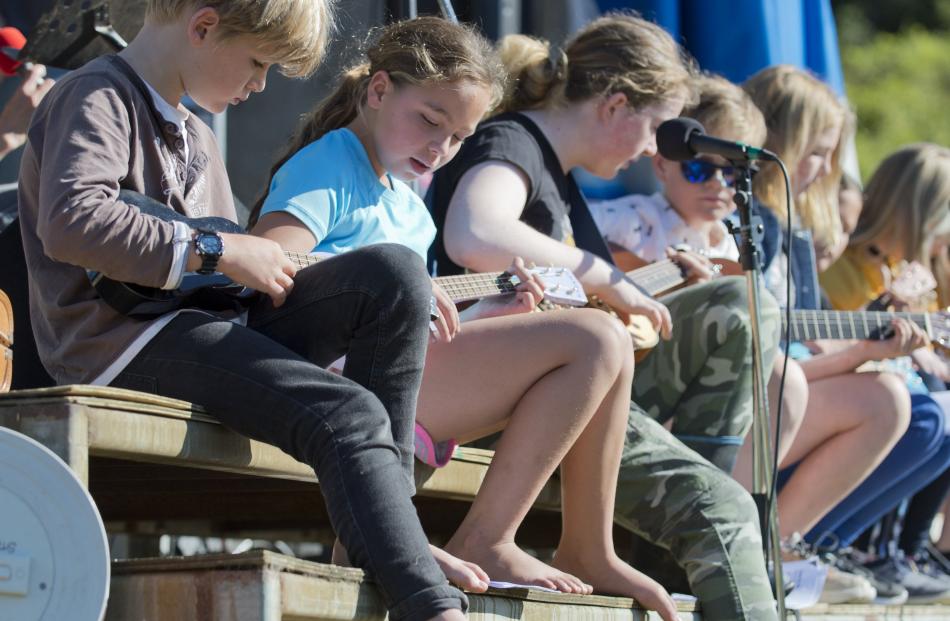 Warrington School pupils Jordan Fraser (9) and Molly Gilbert (9) play Stand By Me, by Ben E. King, alongside their fellow pupils. 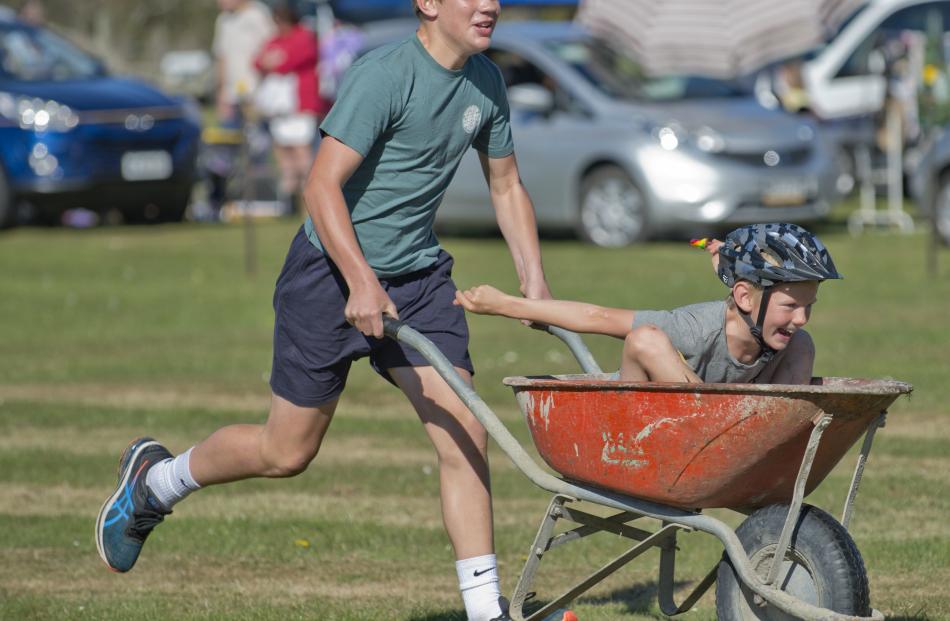 Jumping towards the finish line during a sack race is William Hardisty (8). 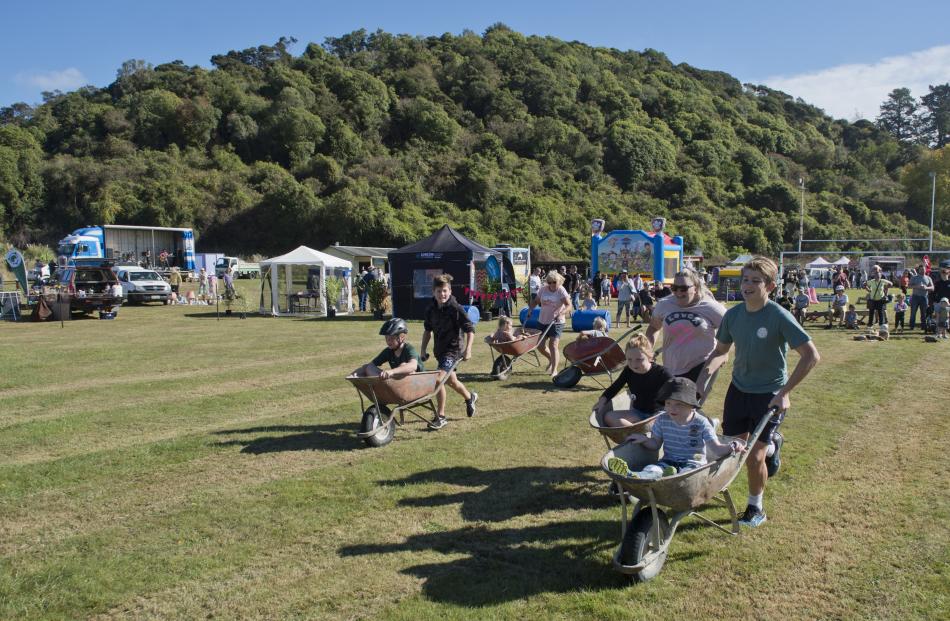 Wheelbarrow racing was popular with families.

From sack racing to matching outfits with their dogs, families had a blast in Waitati this weekend.

About 1000 people showed up for the Blueskin A&P Show and country fair, in Bland Park, on Sunday, where there was no shortage of fun to be had.

A pooch named Oink and his owner Keziah O’Neill, of Waitati, had a particularly good day, taking first place in the dog and owner lookalike competition for small dogs.

Keziah had made a blue flannel shirt and denim pants for Oink, to match her "organic farmer" outfit.

"I’m very much a farming girl and I love the idea of having a farm with organic produce," she said.

Oink had dressed up in full denim, camouflage, and ballerina outfits for previous shows and the pair had won the competition a few years in a row, Keziah said.

"I think he just likes it because it is a chance to get out of the house."

Waikouaiti Coast Community Board member Mandy Mayhem-Bullock was in charge of a range of activities in the park including the drawcard event, "Toughest Chick in Town".

That involved participants wheeling a wheelbarrow across the park and loading it with firewood, using a waratah rammer, and "skulling" a ginger beer.

It was an "enthusiastic" day with plenty of traditional games for children, she said.

Four diggers, made by Ashford Landscaping staff, also proved popular with the children.

Whoever’s digger got the most votes from those attending the show would win a paid holiday day off work.

Board chairman Alasdair Morrison said the highlight event for him was "fire-hose football", in which the navy cadets and fire brigade faced each other.

"Everybody gets absolutely saturated — it’s an absolute blast."