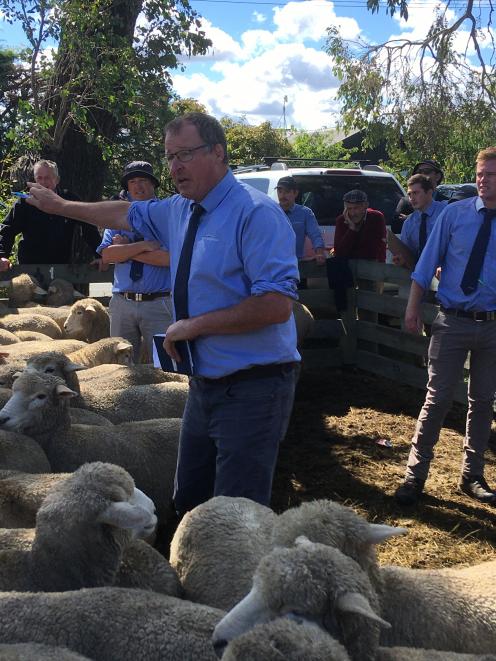 While ewe numbers were down and there were no record bids, there was some "pretty sound" selling throughout the day, Peter Walsh & Associates auctioneer Allister Orchard said.

The day’s top prize was $234 per head, for a line-up of two-tooth ewes in pen two vendored by Christophersen Ltd of Hawarden, was well short of prices in excess of $280 paid in recent years.

About 13,000 ewes went under the hammer this year, less than half the number on sale at last year’s two-day ewe fair.

"I would have thought that the top end of the two-tooths may have made some bigger money, but we more than made up for it with the prices for mixed-age ewes," Mr Orchard said.

"I think with the mixed age and older ewes, the buyers know they have higher lambing percentages, so they’re looking for proven performers."

"We had a good gallery of buyers right through to the end, so most vendors should be pretty happy with today’s results," Mr Orchard said. 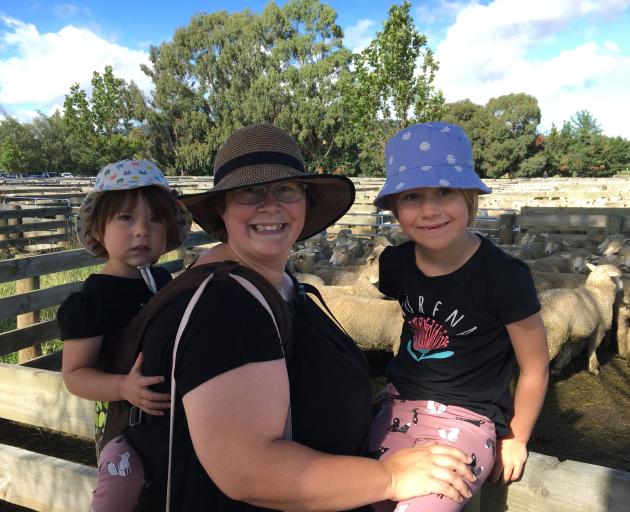 Lauren Molhoek and her children Ada (3, left) and Oli (6) were attending their first Hawarden Ewe Fair on Friday after moving down from Wellington. The Molhoeks have moved on to a nut orchard and were keen to buy some ewes — ‘‘but we only need four, not 40 or 4000’’. PHOTOS: DAVID HILL

The lower ewe numbers were put down to uncertainty with Covid-19, farmers having plenty of feed and the fact there were no capital lines of stock being sold this year.

"This season has certainly been one out of the blocks with plenty of feed around which gives farmers a bit more confidence," Mr Orchard said.

Several farmers would have gone home without buying some ewes due to the lower numbers, so it should create plenty of interest for the Sheffield Ewe Fair on Friday, February 12, Mr Orchard said.

While the catalogue is yet to be confirmed, indications are there will be more than 15,000 ewes going under the hammer at the Sheffield Saleyards.

That number is down on last year, when the sale had to be split between two saleyards.