After announcing in early May the annual event had been postponed because of the pandemic, demand from prospective exhibitors has spurred the organising committee back into action.

"The first indications were from people who had never been with us and said they wanted to be involved," chairman Paul Mutch said.

The committee then approached some of its regular exhibitors to gauge their interest. They said to count them in, Mr Mutch said.

The new-look field days are being held on October 7 and 8 at the Palmerston Sale Yards — just outside the township on State Highway 85.

They were being founded on three pillars — ideas, technologies and adding value, Mr Mutch said. 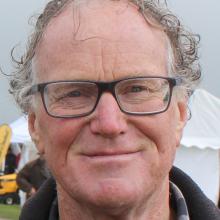 New Zealanders were making a new identity for themselves and for the country after the lockdown.

"It’s starting in Otago. We’re producing for the world."

A speaker series would address each of the pillars.

"We want to regenerate ideas and industries."

Regenerative farming was already "on the radar" and would be discussed by Peter Barrett of Symbiosis.

Another confirmed speaker was Neill Glover of Land IQ Insights, who would discuss land measuring and water systems.

Farmers and the wider community were asking what they could start now that would withstand any future disruption such as a pandemic, Mr Mutch said.

"We want resilient, enduring systems, for the prosperity of our people and the district."