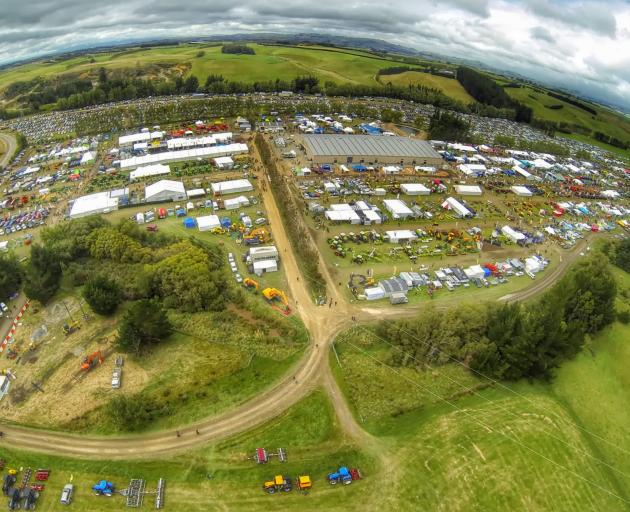 Southern Field Days, in Waimumu, is one of the biggest field days in the country and is only getting bigger. Photo: Aeronavics
Even though site bookings for the 2020 Southern Field Days only opened at noon last Friday secretary Sharon Paterson has already received more than 150.

She said she had been flat out and was expecting it to get even busier the closer she got to the field days, which are held every second year at Waimumu.

''It has gone crazy since we opened the site bookings,'' she said.

She said some of the site holders, including a few of the biggest vendors and exhibitors, had doubled the size of their bookings for the event on February 12, 13 and 14.

''It is exciting to see how enthusiastic everybody is about wanting to get a site.''

The committee had redesigned the website and booking format, which now asked for a site description eg agriculture machinery, clothing etc, which would mean users of the field days app introduced in 2018 last year, could better identify locations of specific types of stalls and make it easier to find them.

''It was not used as much as it could have been last year,'' she said.

''We have also added a new agri-tent, which has 40 indoor sites, as there was most definitely a demand for them.''

The committee recently received a building consent to allow them to build a new permanent set of public toilets.

They had also been given a resource consent allowing them to to hire out the entire field days' site.

''We have a boardroom, kitchen, paddocks and the Agri Centre,'' she said.

''All that can be hired and we got the consent about three weeks ago, but it has taken two years to get.''

Southern Rural Life will be sponsoring its innovation awards again, while Young Farmers New Zealand will be running its fencing competition, and there will also be the tractor pull event, the digger competition and machinery and farm vehicle demonstrations.