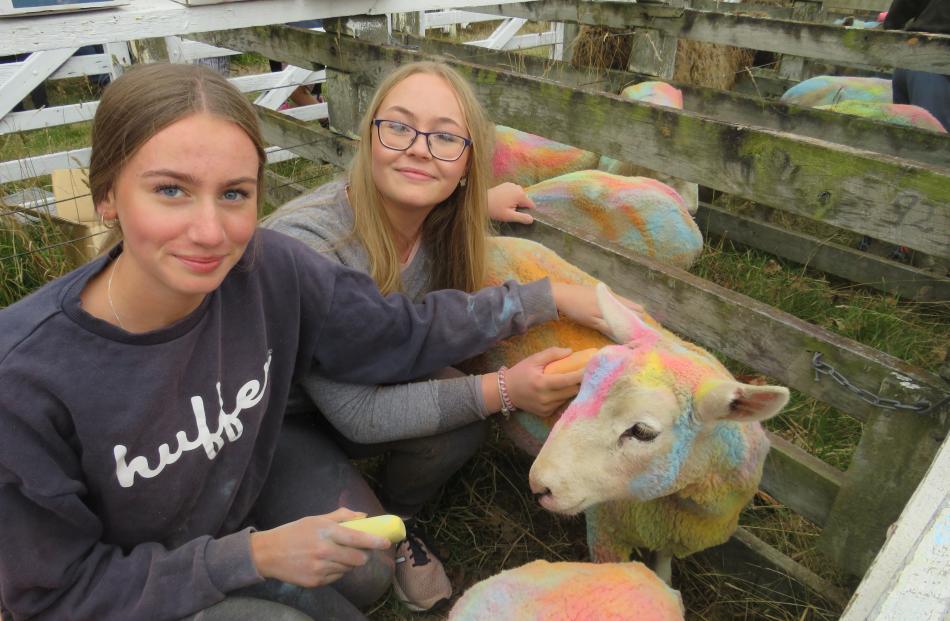 There was plenty on offer at the Methven A&P Show on March 20, including a sheep-colouring competition, in which 15-year olds Sienna Fox (left) and Isla Sandford tested their artistic flair. PHOTOS: TONI WILLIAMS 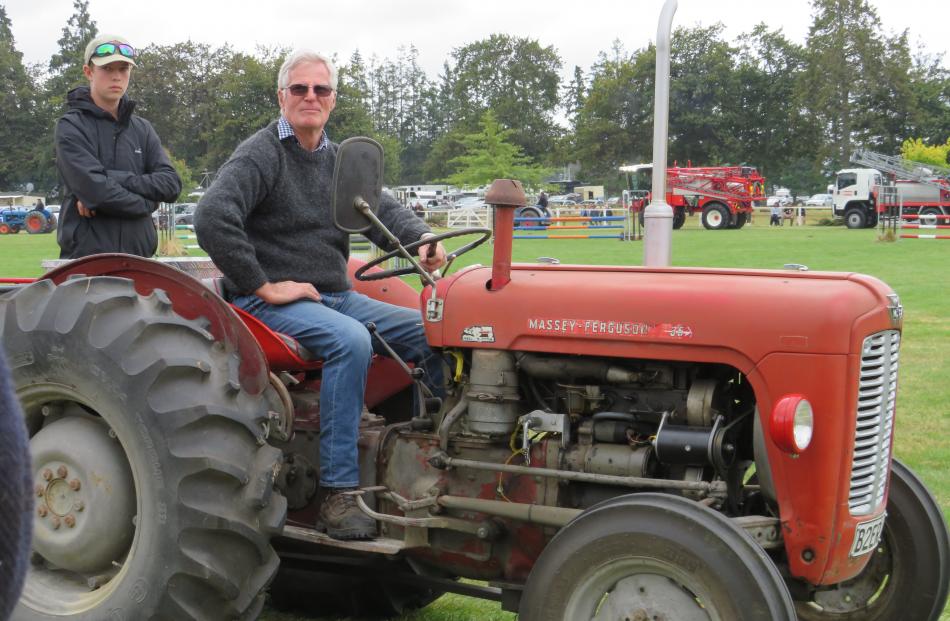 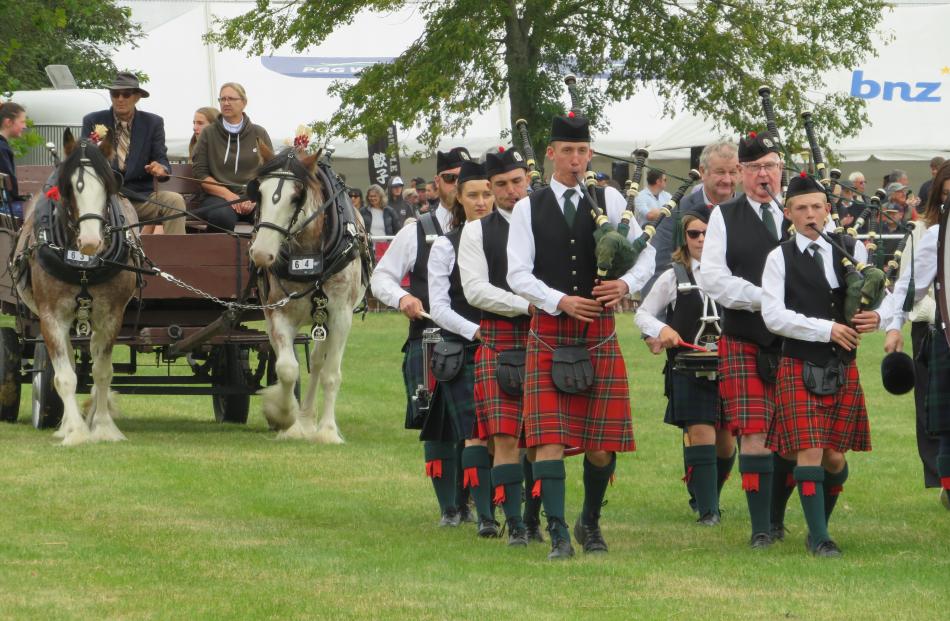 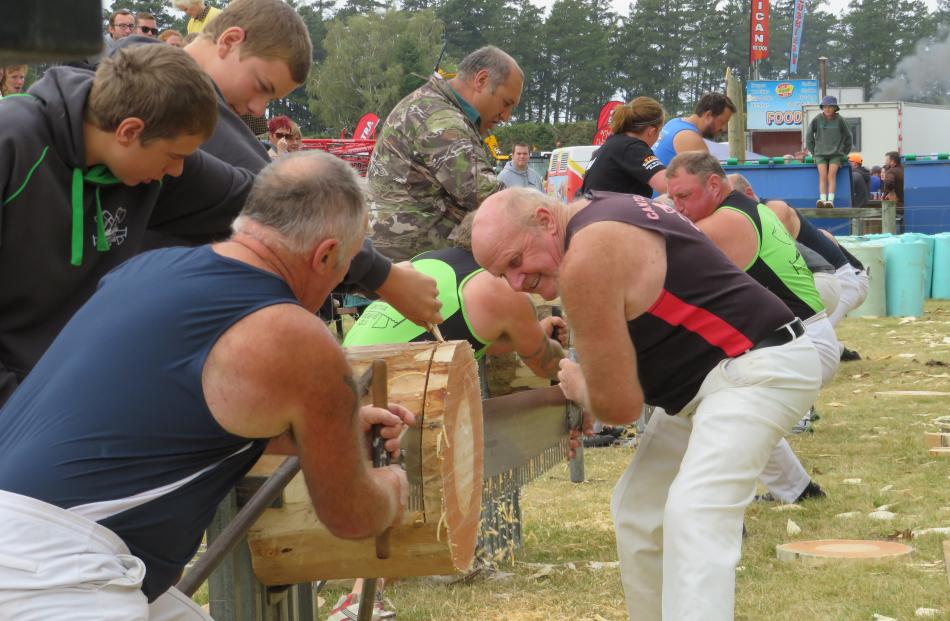 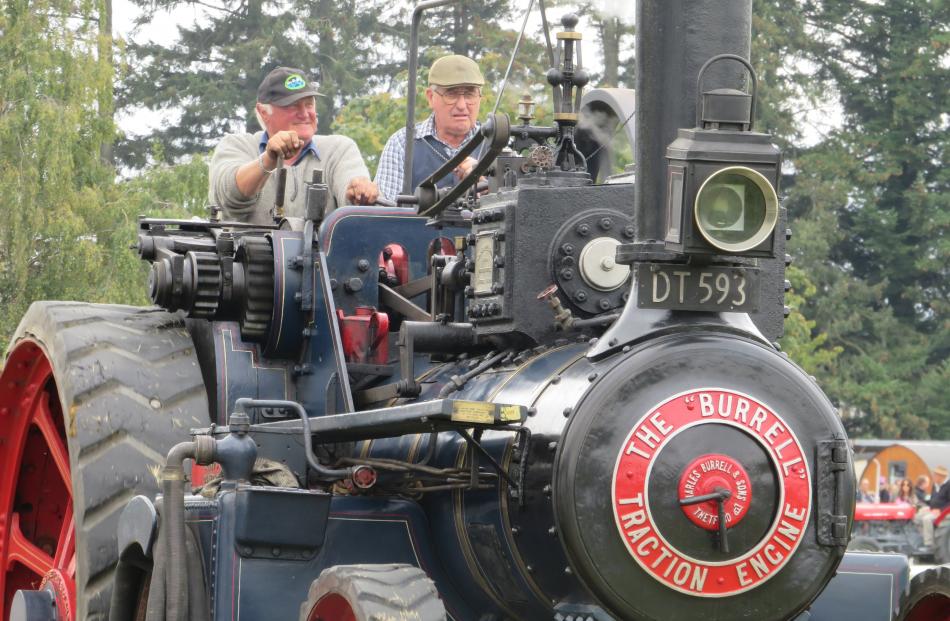 There was something for everyone at the recent 106th Methven A&P Show which took the time to celebrate volunteers.

The show theme, chosen by show president Alistair Stevens, was to celebrate volunteers in our community.

The volunteer service clubs, groups and organisations had a range of exhibits and activities on show.

However, all the traditional elements of an A&P show were included, such as home industries competitions, animals on show, equestrian events, trade stalls, amusement rides and food galore.

Those visiting the show could also watch a Top Team event for school children, the Methven Ute Muster, and a Wheels and Motors Auction as well as sheep dog trials, highland dancing, shearing and wood chopping.

The grand parade, led by the Ashburton Pipe Band, included a wide array of exhibits including the Clydesdale horses, traction engines big and small, Ute Muster entries, and a lolly scramble.