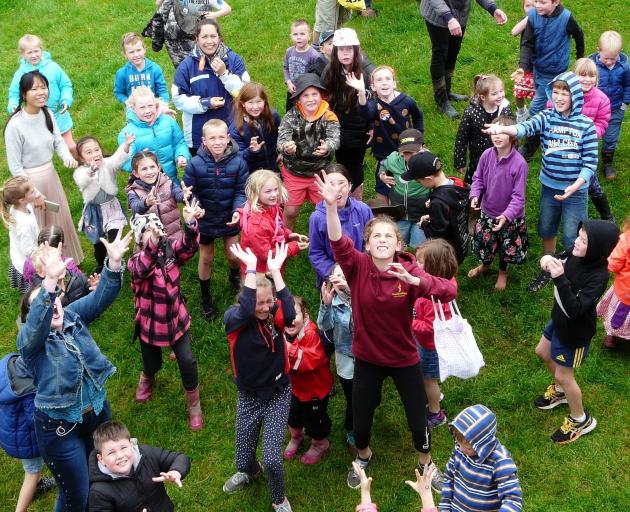 Organisers estimated several thousand visitors came through the gates during the day-long annual town and country get together.

Society president Robert Kane said the 106th show had "gone magic", possibly because of, rather than despite, the weather.

"We’ve been lucky as the weather’s probably kept a few more of the locals off their tractors today, without getting too cold. So it’s been a very good crowd." 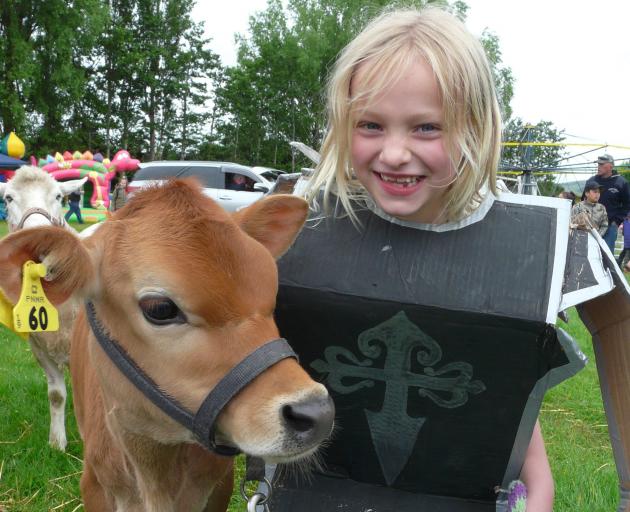 Annika Buhre (7), of Nightcaps, and Astra the calf enter the pet fancy dress competition.
Mr Kane had another reason to smile during Saturday’s show as his prize Hereford bull West Holm Gallant R61 took the Supreme Beef Award, and had the honour of leading show centrepiece the grand parade.

Elsewhere visitors were able to enjoy wide-ranging attractions, from the traditional to the cutting edge.

While truck-driving simulators and a "nitro-powered" remote-control helicopter captured the attention of the technologically-inclined, more traditional show elements such as the pet lamb section were well supported by the district’s youngsters. 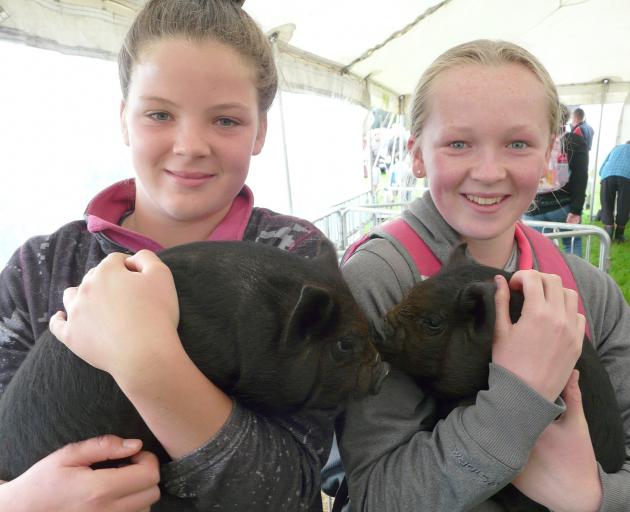 Leila Hill (12, left) and Neeve Kean (13), of Tapanui, and their kunekune piglets.
In conditions occasionally reminiscent of the Scottish Highlands, the West Otago Scottish Highland Pipe Band was joined by members of neighbouring Gore band, the Hokonui Celtics, to regale show-goers with a selection of time-honoured bagpipe classics.

Families and young visitors were kept happy with entertainment including singing, dancing, rides, shows by the Otago Museum and magician Jonathan Usher, and a lolly scramble.

"Everyone’s smiling. It’s been a great family occasion for all the district."