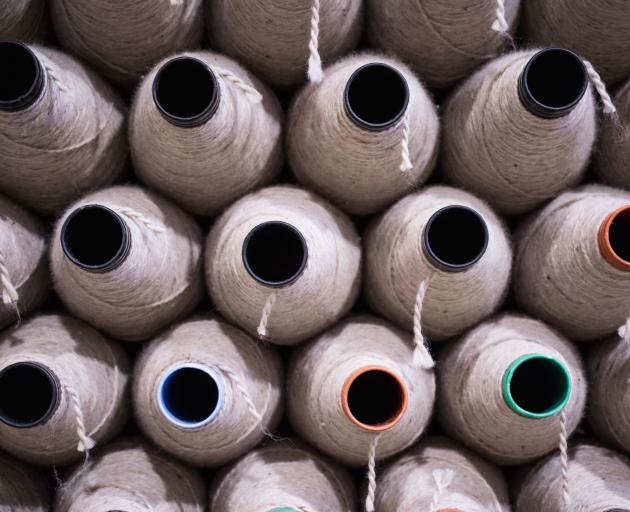 Carpet maker Cavalier has received praise for its decision to concentrate solely on wool and other natural fibres for its carpet making; pictured, Cavalier’s felting plant in Whanganui. PHOTO: CAVALIER
South Otago sheep and beef farmer Amy Blaikie has been "absolutely blown away" by the response to her wool petition.

In June, Mrs Blaikie launched a petition calling on the House of Representatives to ensure all publicly funded buildings and KiwiBuild homes were built or refurbished with New Zealand wool carpet and insulation.

Tomorrow, Mrs Blaikie, her husband Victor and their children are due to head to Wellington, where she has asked New Zealand First list MP and Lawrence farmer Mark Patterson to present the petition, which has been signed by more than 14,000 people.

She said she was not only overwhelmed by the number of signatures but also by the phone calls and communication she had received.

"It started off as a simple idea. I didn’t probably anticipate what it involved."

She was in contact with Nenthorn Valley farmer Georgie McGregor, who started a Facebook page, called NZ Wool Products, highlighting businesses in New Zealand which manufactured their products using New Zealand wool. It gained 2000 members in the first week.

Mrs McGregor also encouraged farmers to send back any synthetic clothing and accessories sent out by farm retailers as promotions.

Meanwhile, Federated Farmers has congratulated the leadership shown by carpet-maker Cavalier in deciding it would focus on being a wool and other natural fibres-only business.

Meat and wool chairman William Beetham said choosing to concentrate on New Zealand-produced wool, which had superior durability, warmth and sound-dampening and fire-retardant qualities, was "a smart decision for any company".

The "Benefits of Wool in Construction" information sheet released last year by NZ Government Procurement and the Ministry for Primary Industries noted woollen carpets regulated humidity, were hypoallergenic and "perform better than synthetics in smell and staining tests".

"Woollen carpets regulate humidity by absorbing moisture when the air is moist and releasing it when the air is dry, creating a more comfortable built environment that is warmer in winter and cooler in summer," the information sheet said.