Dubbed "the challenge second only to the land", it tests the knowledge and skills of the country’s young farmers.

To mark the milestone, Hawke’s Bay writer Kate Taylor has recorded the contest’s history in 50 Years Young — A History of the Young Farmer of the Year.

But it is more than just a comprehensive history; it contains interviews with various winners, finalists and organisers, and is peppered with interesting and amusing anecdotes. 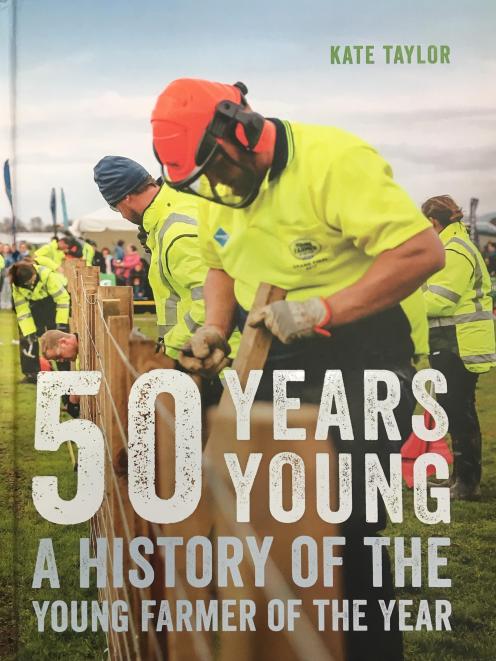 One such tale — although it was not particularly amusing at the time — is the 2003 grand final in Hastings which had the potential to be an unmitigated disaster.

It is an evening that I well recall, as I was the contest’s Aorangi regional manager and a member of the national management committee.

As Taylor recounts, a polar blast moving its way up the country hit Hawke’s Bay in the middle of the televised show.

The Hawke’s Bay Opera House was shaking and groaning with the storm howling outside.

Pieces of the ornate plaster ceiling occasionally drifted down in front of the incredulous audience.

The nerves of TV host Mark Leishman and continuity host Jim Hopkins were cut to shreds, but they maintained a facade of calm as drama unfolded on stage and backstage.

The noise of the wind and rain meant the filming of several rounds was ruined. Contest manager Richard Fitzgerald calmly asked each contestant if they had any problem with re-recording on the proviso they answered exactly as they had the first time; if they answered wrong the first time, they had to repeat their wrong answer.

It got worse. There were repeated power cuts in the middle of the final buzzer round; the two-minute round ended up taking about 15 minutes to record.

Each attempt had to be started from the start of the two minutes but couldn’t be repeated like the previous rounds. This created havoc for the judges and the question-checkers out the back.

"It was seat-of-your-pants stuff. We used the spare questions and then went to Plans B, C and D. We were writing sets of questions as fast as Mark was reading them out. My only instructions to the guys were that the questions needed to be good and they needed to be correct. We didn’t have access to Google. We all earned our keep that night," Fitzgerald recalled in the book.

My own enduring memory of that night was sitting backstage doing manual points scoring. The tension was at fever-pitch. We were all in our finery, ready for the post-show ball, and I recall wearing farm socks on my feet, shoved into the heels, and a Swanndri over the evening wear, in a bid to keep warm. It was a crazy old night.

And even the ball was looking to be a fizzer when the band got stuck on the wrong side of the Napier-Taupo highway.

A call was put out to local young farmers land visitors to fetch CDs from their vehicles. A local was convinced to act as a DJ and it was 2am before the first song was repeated.

As host Te Radar writes in the foreword, faces, places and sponsors may change, but what remains constant is the passion, tenacity and sheer exuberance of the young farmers and all who embrace the competition.

During my involvement with the contest, which spanned from district final through to grand final level, the depth of feeling and passion from those involved was evident.

Taylor’s own close association  — competing, organising, helping, judging, photographing and reporting — has enabled her to capture that feeling perfectly.