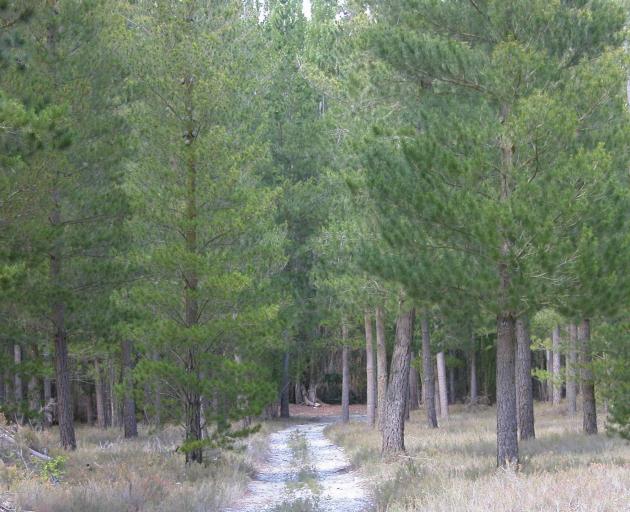 File photo: ODT
Another South Otago sheep and beef farm has been given approval to be sold to overseas buyers for conversion to plantation forestry.

Widespread concerns have been raised about recent acquisitions of large swathes of farmland for forestry development.

Corisol New Zealand had applied for consent under the special test relating to forestry activities. It intended subdividing and selling about 19ha, including a house and farm buildings, and converting the majority of the remaining land (about 316ha) into a commercial plantation forest.

Planting was expected to begin during winter next year and the land would be replanted after the first crop of trees was harvested.

The remaining land would be made up of about 57ha of native bush and scrub, a powerline corridor and buffer land which would include riparian and boundary setbacks.

The decision said the investment was part of the applicant’s broader forestry investment strategy with afforestation of a forestry estate with a high component of first rotation forestry. The land comprised 99ha of Land Use Capability (LUC) 4 and 308ha of LUC 6.

Meanwhile, companies associated with Ingka Group, the largest franchisee of Ikea stores internationally, have received consent to buy a 670ha property at Porangahau in Central Hawkes Bay. They already own land in South Otago and at Waimumu, near Gore.

The latest acquisition was a sheep and beef breeding finishing farm which also had 34ha of existing forest. It was intended to establish about 456ha of radiata pine rotation forest over the 2022 and 2023 planting seasons.

Te Awa Station, a 966.5ha sheep and beef property at Masterton, has been sold to Cerberus Vermogensverwaltung GmbH for $14.15million.

The applicant was a repeat investor and the owner, Dr Wolfgang Leitner, had developed and operated forestry investments in New Zealand since 2019. It was intended to plant about 742ha into pinus radiata plantation forest, in addition to about 40ha of existing forestry.

A Bill that proposes to end conversions of farmland to production forestry via the special forestry test is being considered by a Parliamentary select committee.

If the Bill is passed into law, overseas investors wanting to acquire land for conversion to production forestry would apply under the Benefit to New Zealand test, rather than the streamlined special forestry test.

Applicants would need to demonstrate how their potential investment would benefit such things as the economy, natural environment and public access. The special forestry test would be used solely for potential overseas investments into existing production forestry.

Transactions started, or applications received, before any new rules came into effect would be processed under the current rules. The select committee was due to report back on August 1, an update from the OIO said.