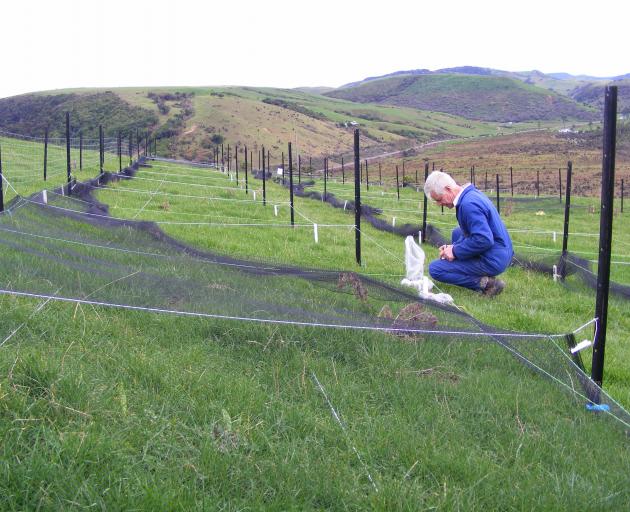 AgResearch Invermay scientist Colin Ferguson assesses a novel biopesticide against porina at a trial site near Owaka.
Outbreaks of a pasture-damaging pest are more prevalent in the South because of drier summers, a scientist says.

AgResearch Invermay scientist Colin Ferguson, of Mosgiel, said there was a lot of porina in the South, especially South Otago and coastal Otago.

The endemic insect has adapted well to ‘‘exploiting’’ ryegrass and white clover pastures.

Four of the seven species of the insect feature in the South.

The moths of the Southern species take flight at the end of October, early November and mid-January and drop eggs across paddocks. 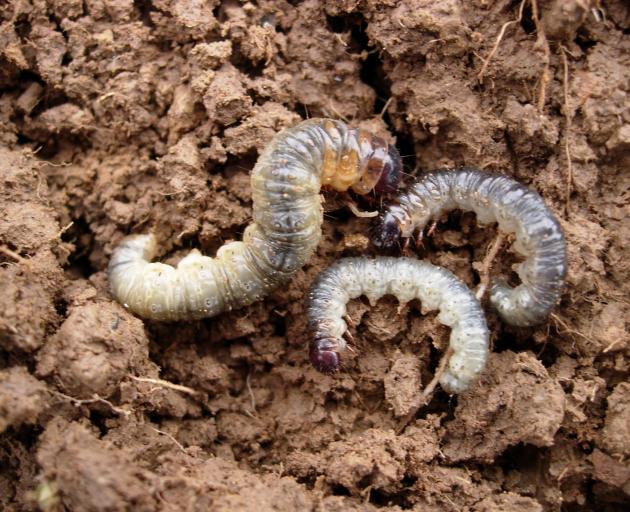 Porina caterpillars.
Caterpillars hatch about a month later and live in burrows, feeding on pasture during winter.

The insects damage the pasture because of its lack of growth during winter.

Come spring, the caterpillar become moths and the cycle continues.

‘‘We will see them flying again in a few weeks’ time.’’

Dry summers also reduced the amount of natural diseases of porina in the pasture.

The absence of the diseases result in an outbreak of porina about two years after the dry summer, he said.

Cultivation also reduced the natural diseases and could cause an outbreak about four years later, Mr Ferguson said.

Global warming and more dry summers would cause widespread pasture damage by porina. 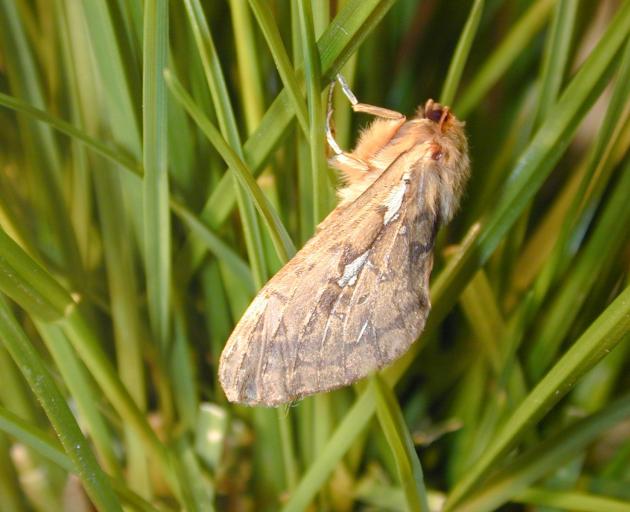 A porina moth.
Options to control the insect were limited but ideally methods would keep enough porina in the system to maintain disease levels.

‘‘If we can keep the disease in the paddocks then we will avoid a lot of these outbreaks.’’

If farmers kept their pasture healthy, it was more likely to tolerate the damage.

Porina had to eat less of a pasture if it was healthy to grow to certain stages in its life cycle.

Federated Farmers Otago president Mark Patterson, of Lawrence, said it had been a bad year for porina damaging pasture on his farm.

Every farmer he had talked to in his area was facing the same issue, he said.

The wet weather in January created ‘‘an explosion of grass’’ and any ‘‘rank’’ pasture remaining was a perfect environment for porina to establish itself.

To make his pasture healthier, he had nitrogen applied in early spring.

However, where the damage was more extensive, paddocks needed to be regrassed.

Many farmers were investigating incorporating alternative species in their pasture mixes, such as cocksfoot, which has root systems more resilient to the pest.

Contractor Matt Hunter had sprayed insecticide on some of his paddocks in a bid to control porina.

Mr Hunter, of Teviot Valley, said he had been spraying the insect for nearly a decade.

‘‘The porina problem here is getting worse every year — I seem to be spraying more and more of it.’’

Porina was prevalent across his run between Beaumont and Alexandra.