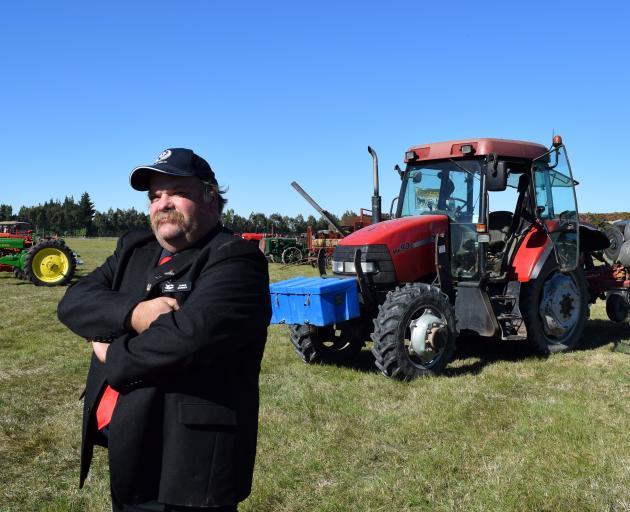 Over two days, about 40 competitors ploughed plots on Mark and Sonia Dillon’s sheep, beef and cropping farm in Riversdale.

Ian Woolley, of Blenheim, won the Silver Plough and the conventional class and Bob Mehrtens, of Timaru, won the reversible class.

In Riversdale, competitors ploughed plots of harvested stubble on the first day and plots of grass on the second day.

"We got a little bit of rain on Saturday but it didn’t dampen the dust down but everything else went really well."

Mr Burnby, who manages a 1200 cow dairy farm in Clinton, drove his Case International MX90C tractor in the competition.

"I plough with a Kverneland ES80 reversible plough, which is highly modified." 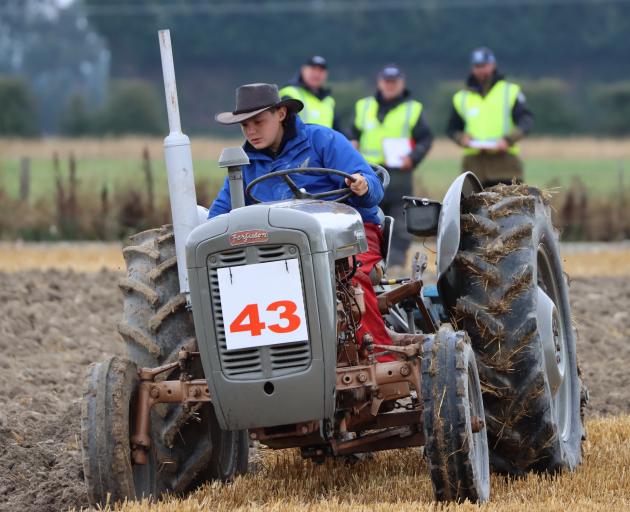 Riley Hill concentrates on driving straight in the contemporary event at the New Zealand Ploughing Championships at the weekend. PHOTO: SANDY EGGLESTON
Despite not placing at the competition, both days were good, he said.

He began competition ploughing in 1987 and won his first trophy two years later.

"When I started there was only one class and that was conventional."

"We have more ploughmen coming through the ranks now than we have in a long time — it’s quite heartening."

The championships would be held in Marlborough next year and in Milton in 2023, he said.

John Booth and Ange Protheroe, both of Ashburton, competed in a horse team of Clydesdales.

Mr Booth said he entered the competition because he "loved the challenge and the camaraderie".

"In the competition the only person you are trying to beat is yourself."