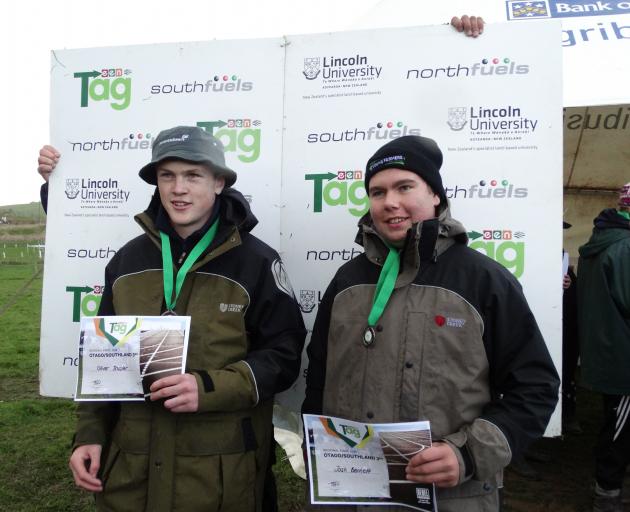 Ollie said he had entered with his "good mate" for four years, but it was the first time they had competed via video conference and online quizzes, due to the lockdown.

"We were asked questions about things like the gestation period of animals, general knowledge, agricultural topics," Ollie said.

"Usually, it’s practical work and a quiz but obviously we couldn’t do that this year."

When he found out they had won, he was "pretty proud" all the hard work had paid off.

His farming knowledge had come from helping out on his grandparents’ farm as a youngster, as well as from his teammate, Ollie said.

While the "good mates" had only competed in the Junior Young Farmer of the Year a few times, they had taken part in farming events together since they were in primary school.

"We’ve just done it ever since and done quite well, so we just stuck to it and kept training," Josh said.

"Each year we’ve been getting better and better."

Studying for the challenge had been much easier with a friend, and there was no shortage of "banter", Josh said.

From growing up on a sheep, beef and cropping farm, he had learnt a lot from helping his father from a young age, he said.

He credited a lot of the team’s success to having great mentors — his parents, Nic and Paul — both of whom had competed in previous Farmer of the Year competitions.

As for the future, they had no plans to stop competing together, and were also looking at careers in the industry, they said.

While Ollie has a keen interest in driving heavy machinery, Josh plans to engineer them.