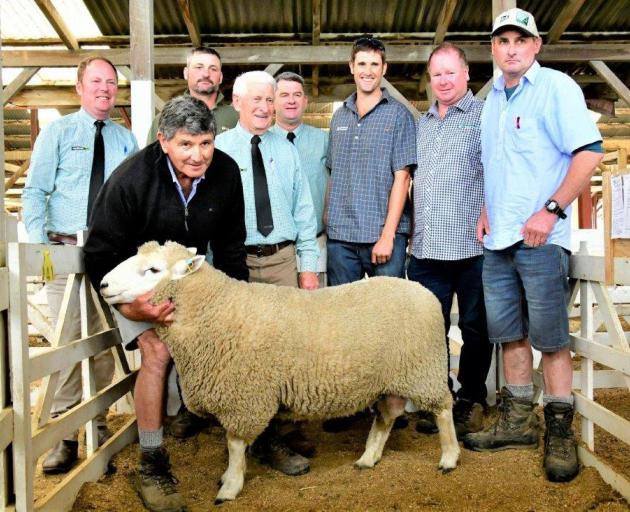 The ram was bought by Southland stud breeders Matt and Dave McKelvie and Warren Ayers. Vendor Robert Gardyne, who has been breeding sheep for more than 50 years, described it as "very humbling".

Mr Gardyne had sold a ram eight years ago to the same buyers. It had bred very well for them and that had probably given them the confidence to buy another, he said.

The top priced ram had the "X-factor" and, during ram hogget shearing, it had the heaviest fleece, while the wool also had plenty of style and was very white, he said.

Mr Gardyne had used it as a ram lamb and its twin brother was sent to the national Perendale progeny trial at Smedley Station in Hawke’s Bay so there was no point in retaining it.

Several years ago, Mr Gardyne — who also has a Texel stud — was named Producer of the Decade for the Beef + Lamb New Zealand Golden Lamb Awards.

There was a very good line-up of Perendale rams and the top-priced ram was a finer-woolled sheep which attracted attention for its scanning and performance data and its fleece, he said.