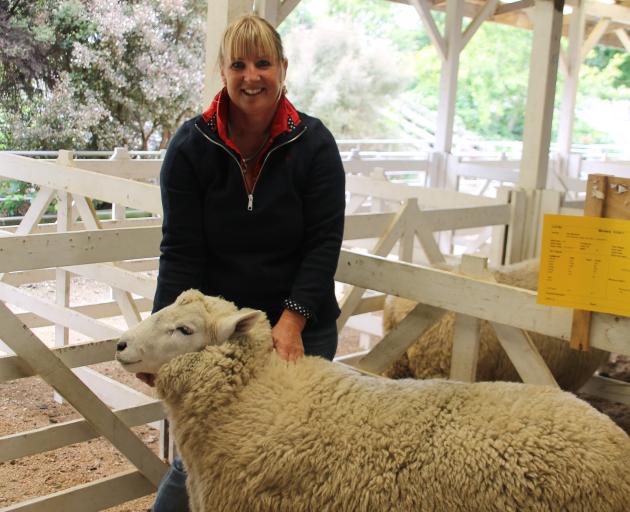 Waikaka woman Pip Wilson holds her Perendale ram which sold for the top price of $8200 at the Gore Ram Sale on Tuesday. Photo: Kayla Hodge
For the second year in a row, a Perendale ram is the top selling ram at the Gore A&P Association South Island Premier Ram Auction.

The nine breeds, totalling 241 rams, were offered at the auction held at the showgrounds on Tuesday and Wednesday last week.

Committee member Trevor McCall said Perendales had been selling well for the past four years at the auction.

''They're sort of flavour at the month. 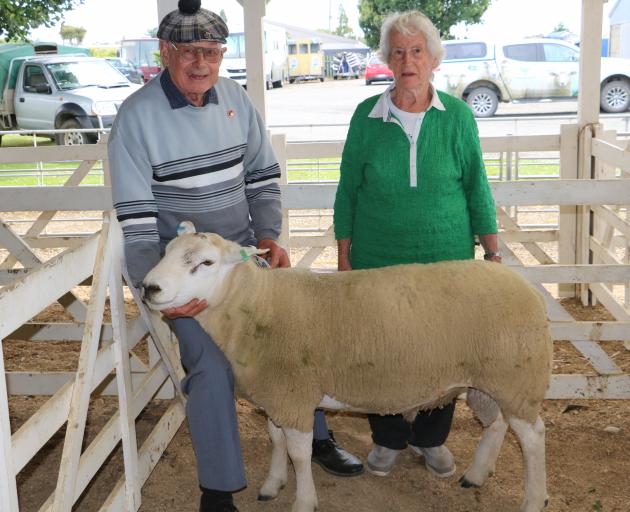 He had even noticed a difference in the nature of the Perendales when he was helping move the sheep through the yards.

''You can deal with them a lot better now - they're not jumping over everything like they used to.''

Texels were also enjoying popularity with the top price being $8000.

''They would have had the best sale they've had probably for four or five years. 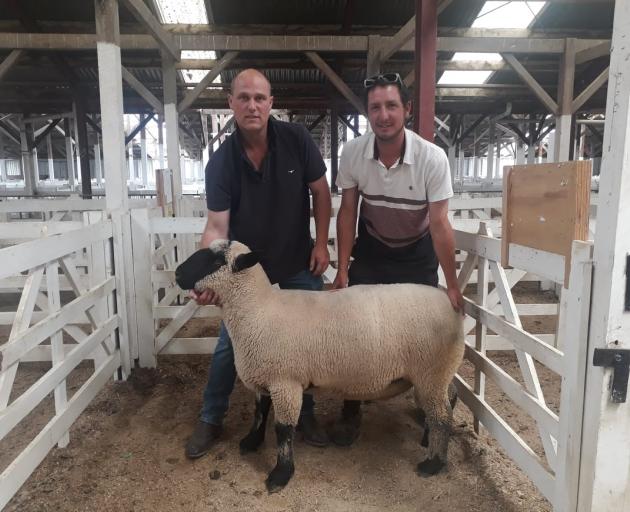 A Hampshire ram was sold for $7200 during the Gore A&P Association South Island Premier Ram Auction last week. Delighted with his purchase is buyer (from left) Ben Butterick, of La Mac Hampshire Stud, Kaituna. Geoff Macfarlane, of Four Winds Hampshire Stud, Te Anau, was the seller. Photo: Sandy Eggleston
''There was only one ram that didn't sell through the ring.''

Twenty-five Texels were offered for sale.

The Border Leicester sale did not go as well as in other years.

''There just wasn't the buyers there.''

It was bought by Ben Butterick and his grandmother Pat Butterick , of La Mac Hampshire Stud, Kaituna, Banks Peninsula.

Mr Macfarlane thought the price was close to a record for the breed.