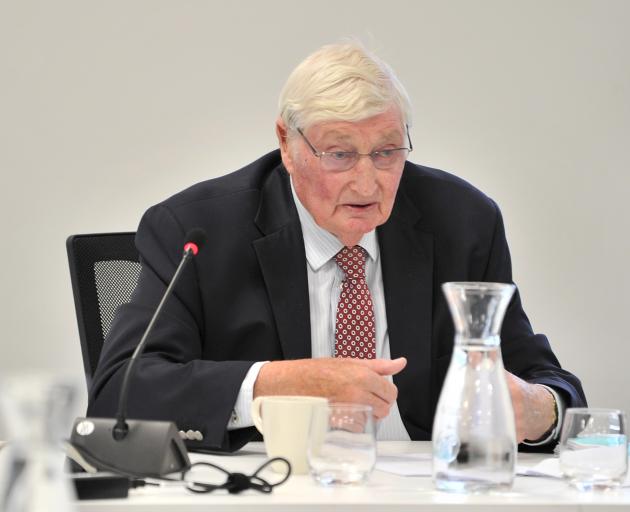 The council yesterday adopted a raft of recommendations from Environment Minister David Parker regarding its planning framework, which is the outcome of a ministry investigation into the council.

The investigator, Prof Peter Skelton, was questioned by councillors at a meeting in Dunedin yesterday.

The adopted recommendations include a plan change to create short-term up-to-five-year consents for water permits while the council reviews its policy plans.

Farmers have raised concerns these create uncertainty, and are too short to get banks to lend any money for necessary improvements.

When asked yesterday if this would put farmers in a ‘‘holding pattern’’, Prof Skelton said it would.

‘‘I think you acknowledge that you would be holding people up. There’s no point in running away from that. If you don’t do that you’ll never catch up.’’

It was necessary to get the right processes in place.

He said the council was not alone in its problems.

‘‘In a sense, what we’ve been doing together for the last nine months or so puts you ahead of the game. Other councils are not anywhere near where you are now.

‘‘You have an opportunity to be an exemplar to the country.’’

Mr Parker did not accept one of Prof Skelton’s recommendations, which was to extend the deemed permit deadline until 2025.

Prof Skelton said he imagined this was because it would be politically difficult to get it through Parliament.

The council was also required to create a plan change by March 31, 2020 which would allow for the processing of permits in the interim.

Staff will now draft a letter in response to the minister, which will be reported to the next council meeting.