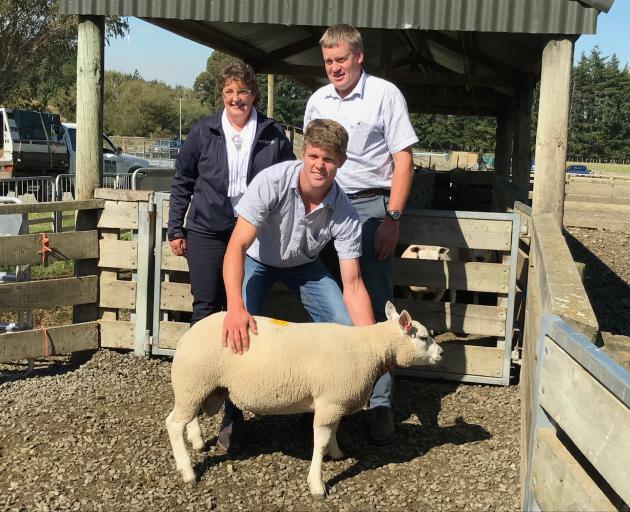 Michael Robinson holds the Beltex ram lamb for which he and his parents Ann-Maree and Brent paid $21,000. Photo: Supplied
A Southland farming family has invested significantly in the Beltex sheep breed, believing it will be of ''major benefit'' to the New Zealand sheep industry.

Brent and Ann-Maree Robinson, and son Michael, who farm at Glenham, near Wyndham, last year paid $12,000 for a ram lamb at the inaugural Beltex sale in Canterbury.

Last week, they bought the second top-priced ram lamb for $21,000 at this year's sale at Mt Somers, a 2-tooth ram for $11,500 and some Beltex ewes to help build their breeding programme.

Now the family is preparing for their first Beltex-cross ram lamb sale at Gore showgrounds next Tuesday, where they will offer Beltex-Texel, Beltex-Suffolk and Beltex-South Suffolk ram lambs.

The Beltex is a double-muscled Texel sheep which arrived in the United Kingdom from Belgium in 1989. 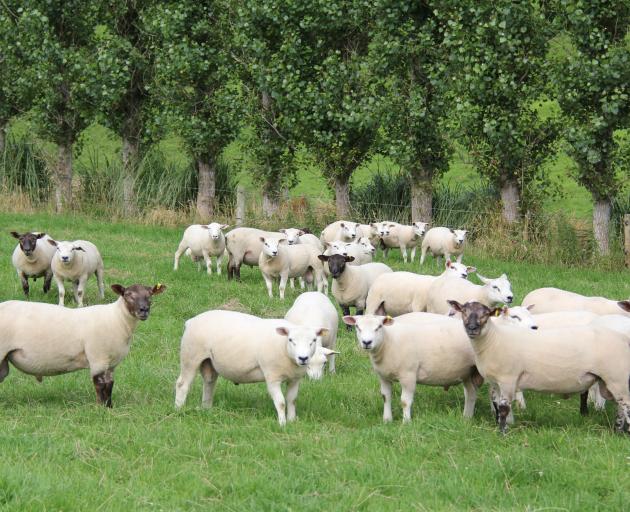 Beltex-cross ram lambs on the Robinsons' farm at Glenham. Photo: Robinson Family
No double-muscled Texels were imported into New Zealand with the European imports in the 1990s.

The Beltex was the only terminal sire breed to have the ''unique'' aspect of double muscling. Its characteristics meant it could create more meat per carcass, hopefully leading to higher returns for farmers, Mr Robinson said.

Sheep farmers had done a ''wonderful job'' over the last 30 years of lifting production, selling nearly as many tonnes of meat as when sheep numbers were nearly double, and a good job had also been done with growth rates.

He believed the only way forward now was to put more meat on individual lambs through muscling and higher yield.

A year ago, the Robinson family were commercial farmers, frustrated they were not getting the results they felt they should have been with terminal sires.

Initially, the foray into Beltex was solely for their own benefit. But having seen what the breed had done in their own operation, they decided to take it further.

It was up to breeders to make the Beltex fit New Zealand farming. At the moment, it was a 'bit of an extreme'' animal and it might have to adapt a little to suit New Zealand conditions, he said.

The success of the breed depended on who bought the animals and the Robinson family was taking it very seriously.

The quality of stock going out was ''paramount'' in their thoughts, he said.

Mr Robinson was very happy with the ''very good'' ram lamb bought at last week's sale, which was held at the Gallagher family's property Rangiatea.

It was crucial that faults were kept out of the breeding programme.

He was looking forward to next week's sale, saying there had been plenty of interest, including from further afield than Southland.

The Robinsons bought a Texel stud last year and purchased another group of Texel ewes this year.

They also had partnerships with Suffolk and South Suffolk breeders.

The top-priced ram lamb was bought by Sterl Roadley, of Maungaturoto for $22,000, Dr Allison said.