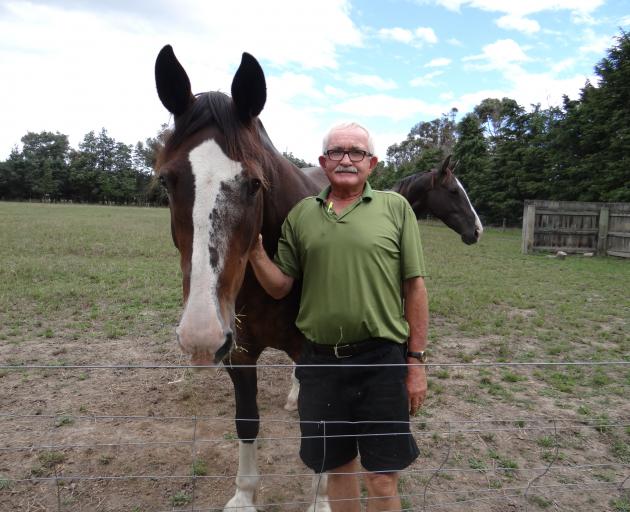 This year’s president said his hardworking committee has remained positive in a year of uncertainty.

"Covid-19 has certainly made planning a bit more challenging this year.

"However, the A&P committee remained positive throughout and set a deadline that we would need to be at Level 1 by October 1 to proceed.

"Thankfully, this was realised and preparations are continuing with confidence."

Having the show would bring a sense of normality after the Covid-19 restrictions the local community and the wider region have endured this year.

"The show is a celebration of the New Zealand way of life and a time for people from all walks of life to get together and enjoy a day out in the country," Mr McGirr said.

"The show represents a real community effort. It is a showcase for achievement beholding both to the past and forward to the future."

Covid-19 has highlighted New Zealand’s reliance on agriculture and the show presented an opportunity for agribusiness to showcase its "well-deserved superstar status" as the region looks to recover.

Mr McGirr and wife Lois are long-time residents in the Amberley area, with Mr McGirr serving as a vet for more than 40 years until his retirement nearly three years ago.

Initially based in Waikari, he established the first vet clinic in Amberley in 1982, and attended the Amberley A&P Shows as the show day vet.

In 1974, Mr McGirr began working as a vet for Cartridge and Wood (now North Canterbury Veterinary Clinics Ltd) in Waikari, while Mrs McGirr was a teacher at Waikari School.

"I was equipped with a brand new Datsun 180B, which was amazing, a radio telephone and a mixture of old and new equipment."

In those days, there was a good group of young people in Hawarden and Waikari, the train still delivered freight, the flour mill at Waikari was operational, and the town boasted a butcher and two grocery stores. Hawarden was also well serviced.

Later, Mr McGirr became a partner in Cartridge and Wood and established a clinic in Amberley.

Changes to farming practice from the traditional sheep and beef led to vets working with Angora goats, ostriches, emus and deer, and later, dairy cows.

Since his retirement, Mr McGirr has been doing some casual work with AsureQuality, working with the export of cattle and horses.

He was also active with the Amberley Lions and is vice-chairman of the North Canterbury Rural Support Trust.