A strong bull-selling season in the South 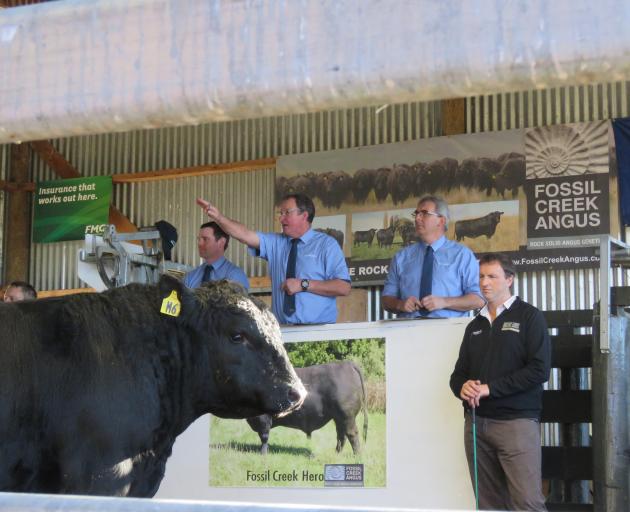 Bull breeders throughout Southland and Otago have been hosting fellow farmers on farms for sales over the past couple of months.

PGG Wrightson livestock genetics representative Callum McDonald said sales came to a conclusion at the end of last month and there was positivity in the air.

''We have seen a great bull-selling season for the South, with high demand for quality bulls.''

Averages were up at most of the sales and clearances had been very high.

It had been encouraging to see commercial clients seeking out top bulls which suited their farming operations, Mr McDonald said.

Success among all breeds had been equally strong, he said.

Blair and Jane Smith and Neil and Rose Sanderson of Fossil Creek Angus, in North Otago, said they had an extremely strong sale due to the large gallery of buyers who had done their homework - with a great clearance of 50 Angus bulls.

''The level of enthusiasm and passion that commercial beef breeders are showing reflects the positive future ahead for beef and sheep farmers,'' the group said.

Limehills Hereford owner Gray Pannet said he had been in the ring for all but one sale in the past 39 years, and this year was a ripper.

''Due to the strong interest in Lot 13 he was promoted to the front of the sale and was first in the ring.