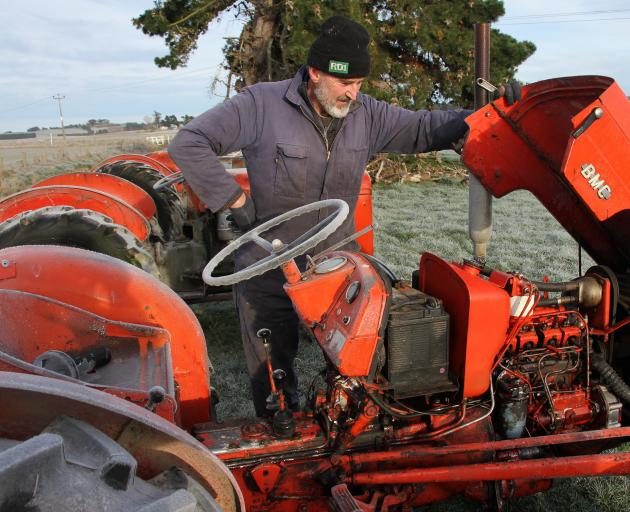 At 10.30am, the deceased estate of Milton identity and long-standing Massey Ferguson collector John Goldsworthy will go under the hammer at Barry Allison's farm at Moneymore.

For sale will be the fruits of a lifelong passion for vintage tractors and agricultural collectables, and interested parties will be able to bid on 31 tractors, including Massey Ferguson TEAs, 135s and 168s, two Fordson tractors, one Nuffield and a BMC Mini tractor.

Host, sale co-curator and friend of Mr Goldsworthy, Mr Allison said sadly not all the tractors were complete.

''Some could best be described as hulks, but there are still many others which go.''

''There's more arriving this week, as I still have tonnes of bits in my sheds and stored in a van.''

North American manufacturer Massey Ferguson was formed by the 1953 merger of Massey Harris of Canada and the Ferguson Company in Britain.

The auction line-up of Masseys and others ranges in period from mid-1940s through to the late 1960s.

Mr Allison said the youngest tractor was probably the BMC Mini, which powered by an adapted Austin A-series four-cylinder diesel.

In its original petrol form, the engine powered the Morris Minor, the Austin A35 and 402 and, later, the Mini.

Mr Allison said it was rare to see such a crossover.

Among further vehicles of interest was another likely to inspire nostalgia.

Southland pie lovers could acquire their own bit of Gore history, in the shape of the ''old blue Massey Ferguson tractor'' once used to pull the Gore pie cart, Mr Allison said.