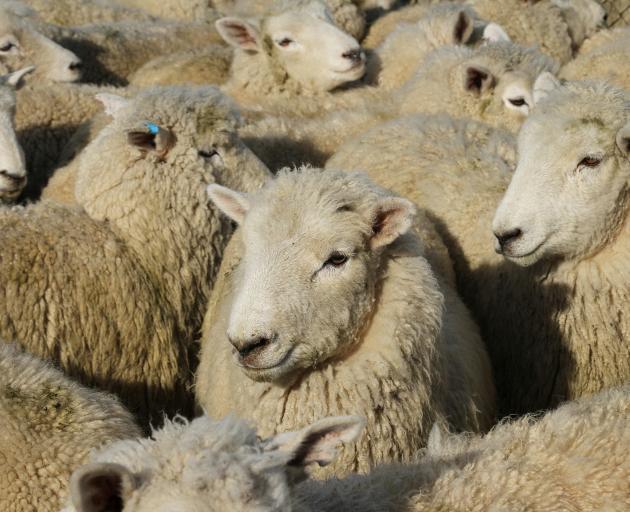 A downturn in sheep meat price could see a critical loss of breeding stock from the sector and problems for the rural economy. Photo: SRL archive
While farmers and industry leaders welcomed news that the Federated Farmers Meat and Wool Council voted last week to support a compulsory wool levy on wool producers, there was a clear preference for any such levy to be applied on the context of a robust business plan.

''We've had lots of different levies over the years for the industry and at the end of the day farmers saw very little return,'' Waikoikoi farmer Blair Robertson said.

''Going forward we have to make sure the money gets to where it needs to be - marketing and promoting wool products to end customers.''

He said in the past bureaucracies had grown around the sector which chewed through millions of dollars while providing very little in return.

''Farmers need to be actively involved in moving the industry ahead,'' he said.

''We can't just stand by and let people who don't fully understand all the issues involved make decisions on our behalf.''

Colin McKenzie, the CEO of Carrfields Primary Wool Group, said while it was positive that Federated Farmers had given its support for a wool levy on producers, there was still a need for a robust plan and business case from the Ministry of Primary Industries and the Wool Industry Working Group to provide a clear path forwards.

''We need to learn from the past and come up with an appropriately nimble and agile framework and strategy for the sector before looking at options such as a levy,'' he said.

In voting to support the levy, the Meat and Wool Council emphasised the need for the cross-industry Wool Working Group to come up with a clear, practical and compelling plan for lifting wool's profile and returns.

Delegates from the 24 Federated Farmers provinces expressed concern that unless a collaborative plan for wool research, development and marketing was formulated - and widely backed - the death-knell for the crossbred wool industry in New Zealand would be sounded.

''Without that plan, we've got an industry facing death by a thousand cuts,'' Meat and Wool chairman Miles Anderson said. ''My fear is that the next time there is a downturn in sheep meat prices, we'll lose a critical amount of breeding stock from the sector and ultimately we could see a hollowing out of rural economies, with mass tree-planting on productive farm land.''

Mr Anderson said his council's vote to advocate for a compulsory wool levy upon a proven plan and structure was to show that farming leaders were committed to the cause.

''In the last decade, two earlier farmer votes on a wool levy were not successful for different reasons. But our reading of farmer sentiment is that there is widespread recognition that there is now urgency for the entire sector - farmer through to manufacturer - to get on the same page and win the market share this great fibre deserves.''

The Council also voted in favour of the Federation advocating for WRONZ (Wool Research Organisation of NZ) for additional research and development to be funded for strong wool, and greater transparency on funded projects.