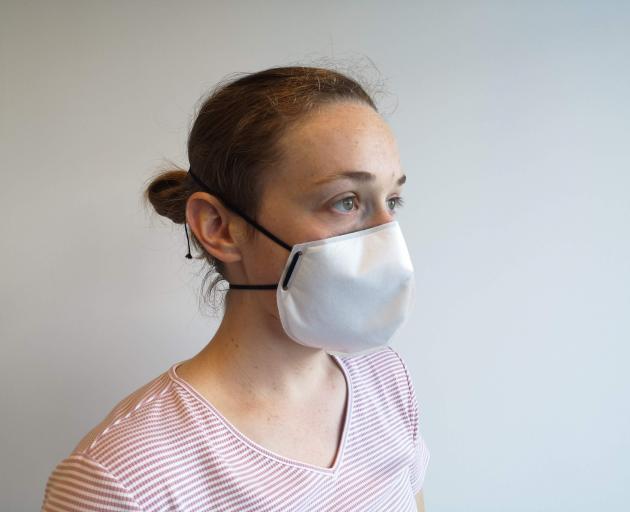 While sales volumes were confidential, Auckland-based air filter producer Lanaco said it had produced ‘‘millions to date’’ as filter elements and masks.

The wool was sourced from sheep developed by Wanaka man Andy Ramsden from the Dohne, Cheviot and Finn breeds and trademarked as the Astino breed.

Farmers contracted to Carrfields Primary Wool were supplying the fibre, which was used as the key ingredient in a range of air filtration applications.

There had been a ‘‘huge’’ surge in demand for Lanaco’s protective face masks, which featured its Helix wool air filters, since the global Covid-19 outbreak began, the company said.

In a statement, Lanaco chief executive Nick Davenport said the company only started making face masks last year and it was now struggling to keep up with global demand for the product.

“There is unprecedented demand worldwide for any type of respiratory protection at the moment. We are producing our face masks in the greatest volume we can, but we currently can’t keep up with demand and we expect this situation to remain in place for a long time.”

Wool had ‘‘amazing capabilities’’ that synthetics could not match.

‘‘Wool is the world’s most positively charged fibre, which translates to an electrostatic filter which acts as a magnet to capture a whole range of particles in the air. It’s naturally bacteria-static, so germs don’t remain on it and it naturally absorbs toxins,” he said.

As well as a high level of material capture (including viral particles and air pollutants such as bushfire smoke), the face masks also had low breathing resistance, which is a very important factor.

Many face masks on the market were difficult to breathe naturally through, so people were not comfortable when wearing them. Lanaco’s masks were ‘‘two to three times’’ easier to breathe through than other products, he said.

CP Wool chief executive Colin McKenzie said wool was a highly versatile natural fibre that was increasingly being used in applications in the consumer and industrial sectors.

In 2018, Lanaco’s wool-based filter technology was one of several systems being evaluated by Nasa to protect astronauts in the event of on-board fires.