Farmers find irrigation can be controversial

Delegates attending the New Zealand Grassland Association conference listen to speakers and enjoy the view at Simons Hill Station. Photos: Sally Rae
For Glenn and Sarah Fastier, farming Simons Hill Station  on the eastern side of State Highway 8 between Tekapo and Twizel  is like living in a glasshouse.

The Mackenzie district was an area  many New Zealanders felt connected to and, when it came to land use, there were a lot of differing opinions as to what was appropriate, Mr Fastier said.

They farm next to Simons Pass Station, where a high-profile dairying operation is being established by  Dunedin businessman Murray Valentine,  attracting the ire of environmental activists. 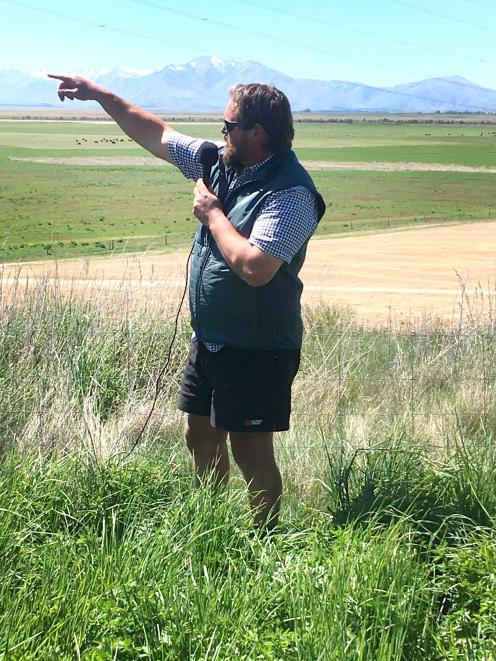 Farmer Glenn Fastier addresses the New Zealand Grassland Association field trip participants.
"I’ve been watching the development here [at Simons Pass]. It’s been done very well. I’m confident they will do a good job there. The [consent] conditions and rules are pretty strict; they don’t have an option," Mr Fastier told delegates attending the New Zealand Grassland Association conference during a field trip to his property.

For the Fastiers, living alongside a state highway on a busy tourist route and with the huge number of vehicles  going past was not always fun when they were driving their four young children to school at Lake Tekapo, given the behaviour of some of the tourist drivers.

But those increasing numbers of visitors to the area also meant  there were  opportunities in the future they needed to be mindful of, he said.

Simons Hill Station was drawn from a ballot in 1911 and farmed by three generations of the Hosken family until 1994, when it was taken over by the Fastier family.

Glenn Fastier returned to the property at the end of 2000 and has been farming there ever since.

While it might seem a big property at 3000ha, it was small for the climate — it has average rainfall of about 500mm — and the area, he said.

There had always been a focus on making it a farm, as it had never  been big enough to be a run.

Fortunately for the couple, Mr Fastier’s father, Denis, had been very good at finding people  knowledgable in various areas. They had been able to get some great advice and "get things moving along". 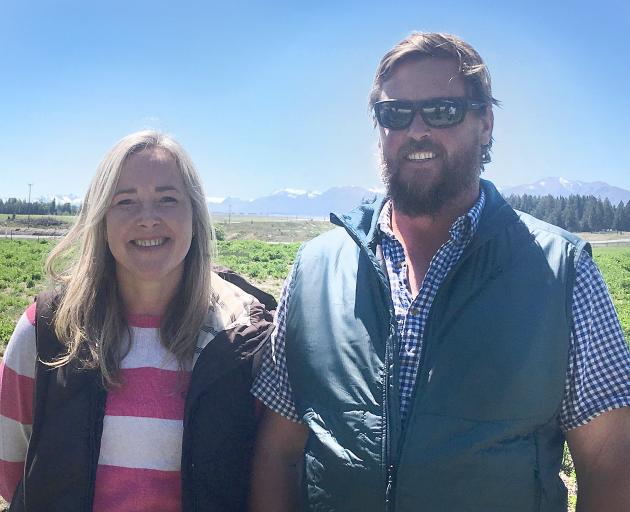 Glenn and Sarah Fastier, from Simons Hill Station.
About 1000ha had been direct-drilled, with 700ha of that in dryland pasture or ryecorn rotation. They had close to 200ha of lucerne, 200ha of fescue lucerne and 200ha of cocksfoot lucerne.

They were increasing the area of  land irrigated from 150ha to 300ha, moving from one centre-pivot to three. That increase meant they were boosting  ewe numbers by 1000 to 7500, increasing hoggets wintered from 4000 to 5500 and boosting cow numbers by 50 to 250. They hope this will  enable them to get away from selling store stock and, if they did sell stores, then only high value store stock.

About 1000ha of the 2000ha of hill country had been subdivided into an average size of 20ha hill blocks, allowing them to more effectively graze those blocks and also have smaller mobs at lambing, in a bid to allow more lambs to survive. Since commissioning their first  centre pivot, they had gone from about seven stock units a hectare to about 20 stock units. There were some challenges with their superfine merino sheep not ideally suited to irrigation, Mr Fastier said. 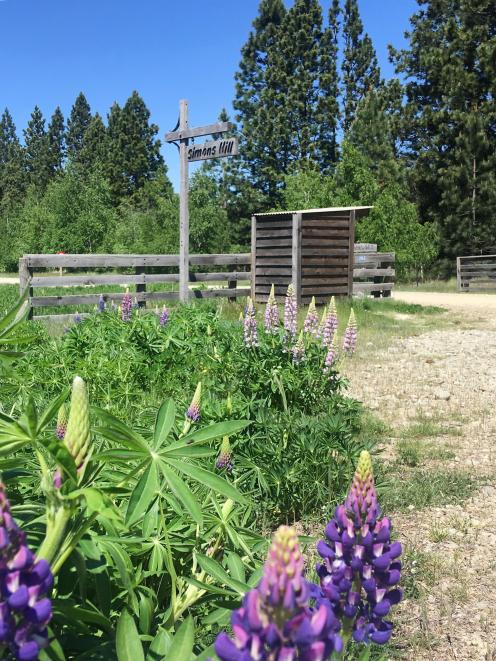 The entrance to Simons Hill on State Highway 8.
Lambing percentages over the last 25 years ranged from 85% through to 116% with a long-term average of about 105%. They were hoping to improve that figure with  development, subdivision of the hill country and a slight change in genetics with more focus on eye muscle and inner fats.

When it came to pests and weeds, Mr Fastier said there were a lot of issues with horehound — which was devastating for lucerne crops — and he was excited about the impending release of a horehound biocontrol moth,  from Australia, to attack the invasive weed.

It had been approved by the Environmental Protection Authority and a release of a plume moth was due soon.

There were also plans to introduce the clearwing moth.

It is estimated horehound costs farmers  more than $6 million annually.

On Simons Hill, Mr Fastier said woolly mullein, sweet briar and brome  were also an issue. Hieracium had probably become less of an issue than it was because of regular fertiliser use and oversowing with clover but, in lighter areas, it was still a bit of an issue.

From an unscientific viewpoint, it appeared the recent rabbit virus release had been unsuccessful. However,  rabbits started  dying again recently  and one carcass was sent for testing to  identify the cause of death, he said.

"It’s very challenging and it can be very tough but it’s rewarding and it’s a nice place on a day like this," he said, indicating a stunning hot day in the Mackenzie.

Asked what the property would look like in 20 years, he said  a lot of establishment had been done but there was probably still a lot of refinement to do on  their systems.

He hoped Simons Hill could become somewhere that staff would like to come to further their knowledge and education.

Ah the the green, green Grasslands of Mackenzie- so natural. Increasing irrigators by the day.