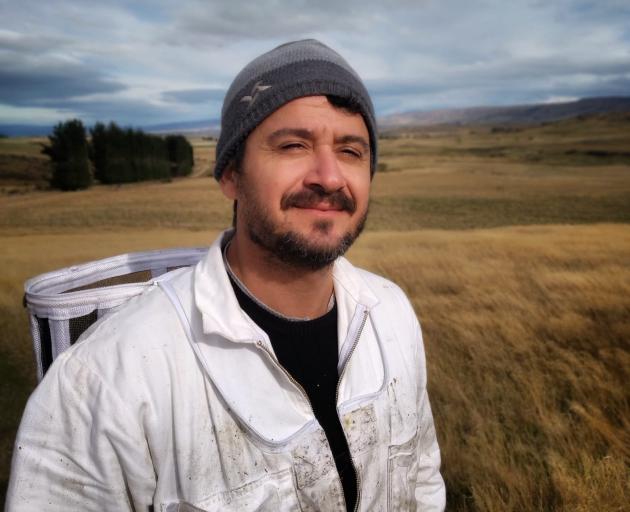 Brazilian forest engineer and keen photographer Adriano Lopes de Melo has spent the past nine months working as a beekeeper in the Maniototo. PHOTOS: ADRIANO LOPES DE MELO/SOL TEJADA
A South American forestry engineer, who inadvertently ended up in Central Otago, has been stung with the beekeeping bug. He talks to business and rural editor Sally Rae.

So just how did Rio de Janeiro-apartment dweller Adriano Lopes de Melo trade big-city Brazilian life for the mountain vistas of the Maniototo and the arguably quieter pace of life in Wedderburn?

Reflecting on this week’s cold snap, which he laughed was "not OK" — "I’m from a hot place, I’m suffering a bit" — and his discovery of hot-water bottles, as his surfboard sat optimistically redundant in his vehicle, you would have to wonder.

But after spending the past nine months at Adamsons Honey, the forestry engineer and conservationist could now add beekeeper to his resume.

On learning Mr Adamson was also looking for a second person, she contacted Mr Lopes de Melo (43) whom she had met at an English class in Auckland. 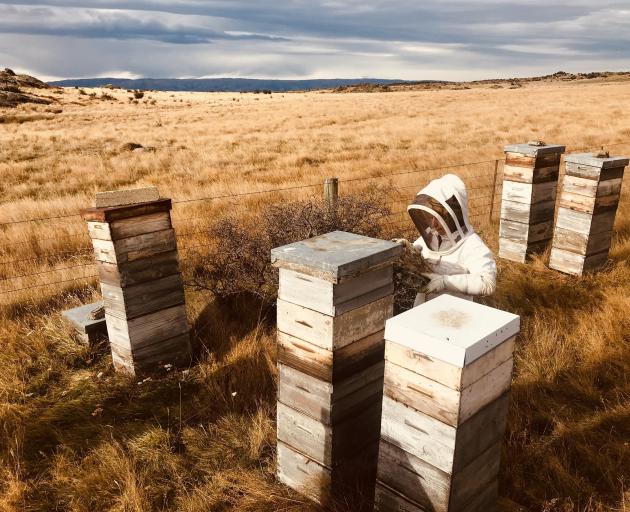 He had arrived in the city in January last year, having come to New Zealand for a sabbatical year. Prompted by Ms Tejada, he headed south with a desire to experience something different.

His lack of beekeeping experience did not really bother Mr Adamson; the main prerequisite was ensuring newcomers were not allergic to bees, as that was rather problematic.

Mr Lopes de Melo, who has a master’s degree in environmental and forest science from Rio de Janeiro Rural Federal University, and is a landscape and natural protected areas management specialist from Colorado University, said his move to New Zealand was not about economics.

He had a good job, a good salary and had travelled around the world. But he just knew that it was not enough for him.

Nine months on, Mr Lopes de Melo, who heads off today on holiday before looking for the next chapter in his career, described the experience as "amazing". 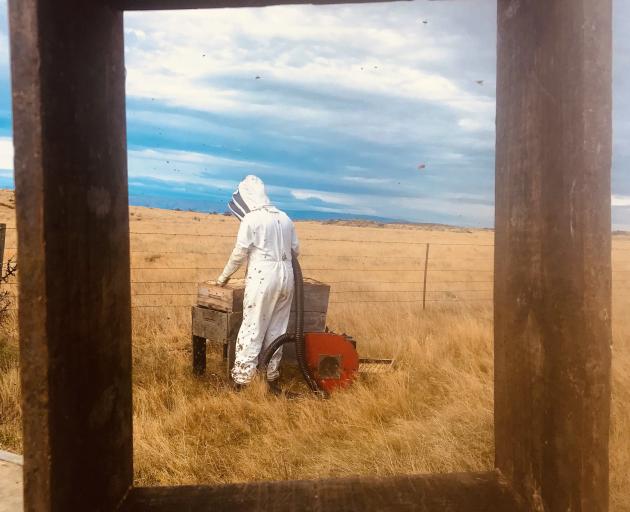 Despite being stung plenty of times, he loved how beekeeping was so natural and that the noise of the bees was "like a mantra".

He did admit to an "oh, my gosh" moment when he opened a hive for the first time, and Mr Adamson laughed that he suspected his new staff member did seriously wonder if he had done the right thing.

"I can tell you, it’s quite daunting ... when there’s a thousand bees flying around you," Mr Adamson said. 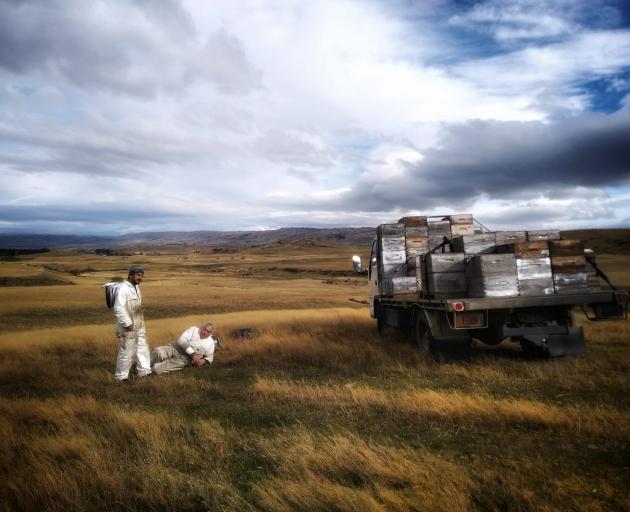 It had been a privilege to spend time in the area, and Mr Lopes de Melo would miss the mountains when he left, particularly the view of Mt Ida, from which he felt "strong energy".

That vista was rather different from that of Christ the Redeemer which could be seen from his Rio apartment.

And then there was the daily highlight of a different morning tea spot every day around the 70-odd sites that Adamsons Honey operated.

The scenery was something that Mr Adamson largely took for granted.

"I’ve been at it so long, I get people coming off the rail trail come in and say, ‘Isn’t it fantastic scenery?’ I say, ‘What scenery?"’

Mr Adamson is a second-generation beekeeper, running a commercial honey business from his Wedderburn home.

He has about 1350 hives throughout the Maniototo and, in spring, usually took some to the Alexandra Basin for the thyme honey.

The majority of honey was sold bulk, in 200-litre drums, destined for export, while a small amount was sold from home.

The world market for light honey — anything except for manuka — was, put simply, "s..." at the moment, Mr Adamson said.

"That’s the only real answer I know to that," he said.

He attributed some of that to artificial honey now in the market which, in most cases, had some honey in it but the other main ingredient was corn syrup. 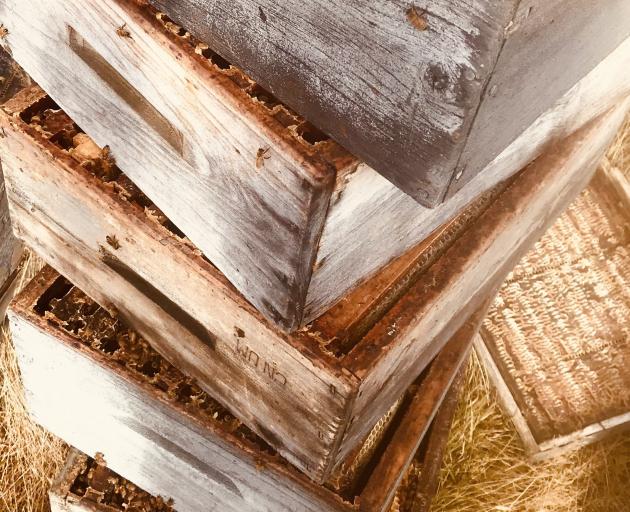 Before what he described as the "manuka bubble", beekeepers were getting slightly higher prices than now and that was 10 to 20 years ago.

While the manuka boom had slowed down, a direct result of that boom had been that there were some large operators, including corporates, in the beekeeping industry.

There had also been change in the Central Otago farming scene and that continued, including in farm ownership and land use.

There had been a trend towards centre-pivot irrigation. He quipped that bees did not tend to understand those "mechanical monsters".

Canterbury also used to produce a lot of good clover honey but that had reduced greatly with so many changes in farming, particularly the small seeds industry, in the region.

This had been a very unusual season, the latest that Mr Adamson had ever been finishing up.

"We’ve still been pretty much on bee work until now ... extracting [honey]," he said.

Asked how long he had been beekeeping, Mr Adamson laughed — "that would tell you how old I am and that’s a secret" — although he admitted it was "not quite 50 years".

Seeking to scale back, Mr Adamson hoped to sell the main commercial part of the business and keep a couple of hundred hives himself.

Not that Mr Lopes de Melo was lining up to buy it — "I want to go to a hot place," he said.

That was his dream: to go to an island in the Pacific and explore it. After all, Rio residents struggled with temperatures around 20degC in winter, finding that "super cold".

Now the bee season had ended, he was going to find a job in his chosen career. He was keen to work as a conservationist for the likes of the Department of Conservation.

He had also worked for Conservation International, which has its Pacific region headquarters in Auckland — "so maybe it’s time to call them".

After nine months’ work, he needed to "reset for a while" and enjoy something different. But what he would never lose would be his appreciation for and love of bees.

"For sure, I’m going to be a beekeeper forever."