Learning to be brave a key lesson 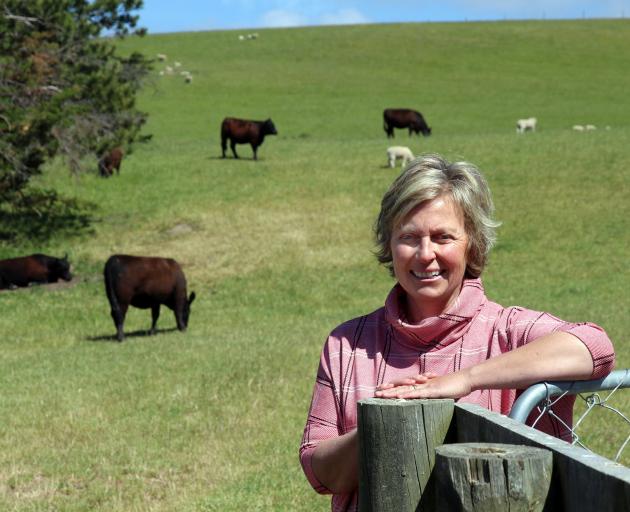 Central Otago farmer Kate Menzies is an advocate for the Agri-Women’s Development Trust’s programmes which she has undertaken over the past decade. PHOTO: SUPPLIED
Being brave.

That’s something Kate Menzies has learnt a lot about through her involvement over the past decade with the Agri-Women’s Development Trust.

The charitable trust, which recently celebrated its 10th anniversary, was founded by Eketahuna woman Lindy Nelson.

It supported women through a range of leadership, farming business and personal development programmes and had notched up 4500 graduates in that time.

For Mrs Menzies, a 52-year-old Central Otago farmer, the trust’s brief had "really nailed it" — as it celebrated, encouraged and empowered women of all ages and stages.

"I’m very passionate about that opportunity now to be brave and for other women to understand it’s a journey. They can be brave too," she said.

The trust had guided her "hugely" over the past decade since she first signed up for a First Steps course.

The vision for the programme was about living your best life and sowing the seed of what could be possible.

Back then, there was a lot of narrative about governance and female representation on rural boards. While that was not the aim of First Steps, there was still a lot of talk about it, she said.

Ten years on, Mrs Menzies has graduated from Next Level; AWDT’s six-month leadership programme that supported the aspirations of women involved in the primary sector and rural communities.

The narrative now was all about connections which was "very cool", and which was also all about her, she said.

Empowerment of women was still very much there but it was about empowering women to understand connection not only for themselves, but for other females in the industry and the industry at large, she said.

It was all about connection through leadership — leadership not as being chief executive or the chairwoman, but more about "leading the ship" — and that ship might have five people or 200 on it.

It was also about helping each other; the course was pitched to understand what you were capable of and what you could help other people become.

Lift as you climb was a catchphrase that could be applied to AWDT — "everyone’s lifting each other", she said.

For Mrs Menzies, who at times suffered from crippling anxiety, the course had helped her to be brave, and also to "learn to be present in that day".

She grew up in a farming family in West Otago where her father, Edward Ottrey, instilled in her an "incredible passion" for Romney sheep and strong wool.

She and her husband David were very fortunate to have the opportunity to continue farming and had been at Cambrian Station for the past 20 years.

It was not an inter-generational property; her husband came from a family farm at Banks Peninsula.

When her parents and her brother Hamish — she also has two "amazing" sisters — first brought to the table the opportunity to expand, and include them in that expansion, they looked mostly around West Otago and Northern Southland.

But they either missed out or could not find anything suitable and, during the early advent of the internet, they spied Cambrian Station online.

Mr Menzies had never been to the area but the Ottrey family had sold large numbers of rams around there "back in the day". "We came and had a look and, I guess the rest is history," Mrs Menzies said.

The property had the opportunities for development Mr Menzies was seeking, and her parents believed he could grasp those opportunities, which was exactly what he had done.

Mr Menzies left a fifth-generation family farm which, in itself, was huge, but he was "absolutely up for the challenge", she said.

"He could see the opportunities. Moving to a new district with farming is really tricky. It’s not always a smooth ride, and trying to find your place [but] it’s been absolutely marvellous really. But not always easy," she said.

They were "blessed" to live among the Cambrian and St Bathans community, which had evolved since their arrival.

With that, came a different viewpoint but that meant there was a "huge amount of information and passion that could be shared" and that was an "absolute bonus".

Once you sat down and started listening, you realised that everyone was "absolutely on the same page" when it came to the environment, she said.

"The diversity of the community is going to be the future here. The diversity is a positive, an absolute positive."

For the first 10 years, the couple farmed with Hamish Ottrey and his wife Sarah in a company situation, farming two properties, and the past decade had been on their own account

"It’s been a fantastic journey. We have been very blessed with our family opportunities. I’m completely indebted to my brother for allowing that to happen."

Mr Ottrey, now in Wanaka, had also been a huge support.

Cambrian Station was a 1640ha property, running about 8500 stock units. It was all Romney sheep and Angus beef cows.

The family had built a "fabulous life" there; their son Henry (25) was a helicopter pilot who had been affected by the Covid-19 inflicted tourism downturn, so he had been at home on the farm, while daughter Alex (24), who is based in Hawkes Bay, works for BX Foods and had a passion for agriculture, played a part in exporting meat "to the world".

"It’s wonderful to see these young women in agribusiness. They are passionate and smart and they are bringing so much to the rural industry," Mrs Menzies said.

Passionate about education, she considered herself fortunate to have sat on school boards, including seven years on Columba College’s board of governors.

She had a break after her children left school, but had restarted her involvement.

She was serving on the Central Otago Wilding Pines Trust, which aimed to control or eradicate wilding pines in the region, and the Rabobank Client Council for Otago-Southland.

Rabobank had five client councils covering the country. At meetings, issues facing the agricultural sector were considered and ideas exchanged, leading to initiatives, strategies and ideas that would advance farming and rural communities.

One of the group’s initiatives concerned attracting and the retention of young people into agriculture, and that was something that Mrs Menzies was passionate about.

It also took a "whole farmer approach" — talking about health and wellbeing, environmental and financial literacy.

She believed she probably would not have had the confidence to accept those positions without AWDT.

While the courses were directed, they were also a little about self-responsibility at the end. There was no time about when and how you might arrive at your next step.

The programmes were all around "dropping the seed" and understanding what talents you had. But it did take time.

Mrs Menzies acknowledged it was hard being a rural woman.

"You’re something for everyone else for 90% of the time, but all the while putting up a great front because you’ve just got to keep the show on the road."

She often mulled over the fact there was a big focus on rural men’s mental health, but that of rural women was not spoken about.

"We do manage our mental health very differently, for sure. That’s not to say it’s not an equally hard road."

She was excited for the trust’s future and what it could bring to the next generation of women. Equally, she was very positive about the future for women in the rural industry. She also could foresee a similar programme for rural men.

As to her own future, Mrs Menzies, who has been informally mentoring some young women, said her path for the next 15 years would hopefully be more at a support level.

"You don’t necessarily need to shine in the sun."