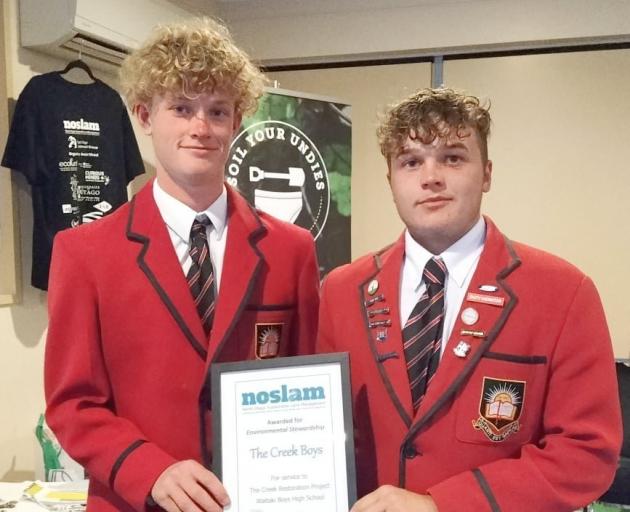 Mrs McNally is the North Otago Sustainable Land Management Group’s engagement officer, a title that she quips is a ‘fancy way’’ of saying building relationships with schools and the community.

A teacher, farmer and mother of three, she has been in the role for two years; she likes the organisation’s values and the drivers behind it.

Mrs McNally grew up on a farm and now lives on a farm at Maheno, south of Oamaru, with husband James and their young children, who were sixth-generation on the land.

She liked the concept of intergenerational change — and making something their children were proud of, and would be proud to be part of — along with building relationships in the community, being inclusive — ‘‘rural, urban, whoever’’, she said.

Outlining various projects she had been involved with, Mrs McNally said the Soil Your Undies programme, funded by the Otago Regional Council ECO fund and Curious Minds, had been a great success.

It was a research programme that aimed to help children understand and measure the health of rural soils by burying cotton undies. There were 13 schools involved, teaching more than 365 pupils the biological indicators of soil health and the role of earthworms and dung beetles as ecosystem engineers. 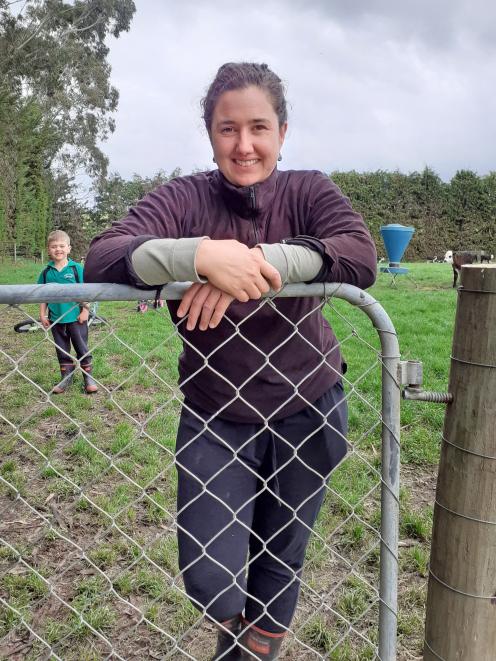 North Otago Sustainable Land Management Group engagement officer Bridget McNally enjoys her role. Her son Jimmy is in the background.
Having science educator Michelle Cox run personal development sessions at the start of the programme with teachers was ‘‘massive’’ and then there was her support in those classes throughout their learning.

As for the children?

‘‘They can’t wait to see what happens when their undies come out of the ground,’’ she said.

It was done initially with teacher Jess Wright at Waitaki Girls’, a year 10 programme introducing pupils to a wide range of what happened both on- and off-farm.

That included talking about the likes of critical source areas, farm environment plans and where their career opportunities in the agricultural sector could be. Farmers and industry representatives were brought in as speakers and the pupils

The intention was to build it into more of an academic standard of agriculture.

Ballance had sponsored agrifolders that they could use through their learning years, and that was just one example of the industry getting on board with what NOSLaM was doing, she said.

The programme was in the introductory stage at Waitaki Boys’ and could potentially be rolled out to other secondary schools.

Next year, it was hoped to create an Enviro Ag hub on the NOSLaM website which would act as a portal for teachers and provide direct contact with teachers and farmers.

The secondary curriculum was becoming very focused on localised learning and it made sense to connect local schools with local farms.

Mrs McNally, a speech and drama teacher who has taught a programme called Creatives in Schools this year, had first-hand understanding that teachers had ‘‘so much on’’ and were having to deal with so many variables.

Trust and relationships needed to be build up but, once they understood you were there to help and it was also meaningful learning — ‘‘not just a tick box item’’ — then they embraced it.

And it was not just the teachers who were getting on board; the questions that pupils asked and the knowledge they had was ‘‘incredible’’ at both primary and secondary level. 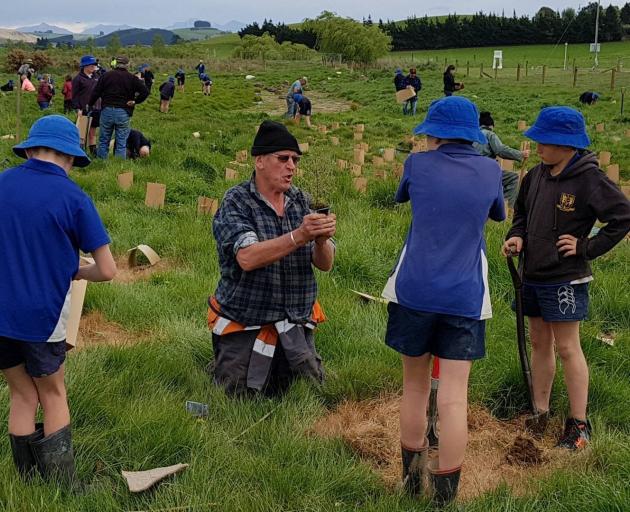 Gary Ross, of the Waiareka Valley Lions Club, helps children at a planting day in North Otago.
NOSLaM was ‘‘quite a unique group’’ and she was proud of what it had achieved, stressing that it was a collective of people doing ‘‘heaps of stuff’’ and with ‘‘a whole lot’’ of in-kind support.

‘‘It’s cool and I think we’re super lucky with our schools they have been willing to engage with us. Teachers should be given credit for prioritising their learning,’’ she said.

Another big year was ahead for Mrs McNally next year.

‘‘It’s about keeping going what is going well, making some of those things maybe more efficient.’’

And it was also about seeing what the needs of the community were, particularly in education, and looking at how they could further represent the good work farmers were doing and highlight what a great industry it was to be involved with and the multiple ways to be involved in it.

NOSLaM held its annual meeting recently and it was a ‘‘real showcase’’ of what had been achieved throughout the year, chairwoman Nicky Hand said.

Mrs Hand, an agri-manager at Rabobank, took over from NOSLaM stalwart Peter Mitchell in May, becoming involved because she was ‘‘passionate for that type of thing’’.

Pupils from Weston School showed what they had learned through the Soil Your Undies project while the ‘‘Creek Boys’’ from Waitaki Boys’ High School spoke about their Muddy Creek restoration project at the school which won a national Rabobank competition for a $5000 grant.

Drone footage of all the sites where NOSLaM had done plantings had been prepared and a flyover of the sites was impressive, Mrs Hand said.

NOSLaM was not just about farmers; there were so many facets to it, including on-farm change, connectivity around programmes in schools and Jobs for Nature.

NOSLaM was trying to ensure a succession plan for the organisation. It was also potentially getting some more pod groups established, expanding into the Waianakarua and Herbert areas.