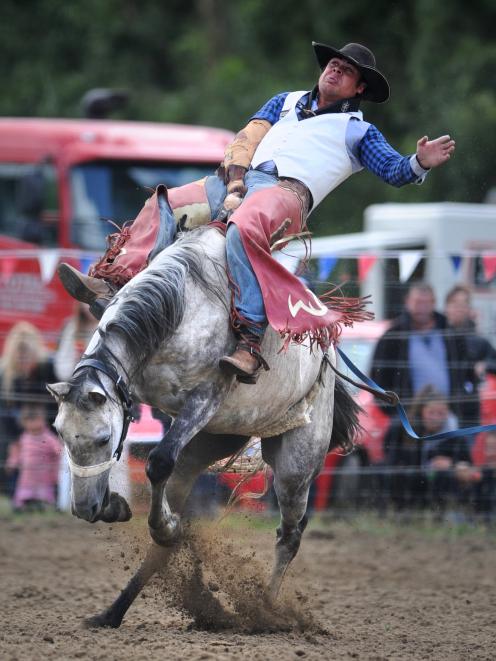 The 29-year-old was injured during his last ride at Waikato Rodeo, in mid-February.

But the extent of the injury has only recently been found.

After completing an eight-second ride at the rodeo, he ended up in the saddle leaning heavily to his left.

When he tried to right himself, the saddle came loose and, with his hand roped, twisted Williams underneath the horse.

The trapped cowboy was struck by hooves both sides of his head, splitting an ear. He also had his leg stomped, tearing two of the three muscles in his right hamstring.

He spent two days in Waikato Hospital and after a CT scan, looking at bone not muscle, he was told it was a haematoma.

Black and blue, he returned home to Rakaia for some much-needed rest and relaxation, then physiotherapy.

He found out he won the champion title due to points he had already accumulated during the season. But he did not find out the extent of his injury until gearing up to train in August for this season. His first event would have been at the Winchester Rodeo on Saturday, then Methven Rodeo on Sunday.

"I tried to go for a run, but knew something wasn’t right. I couldn’t run." 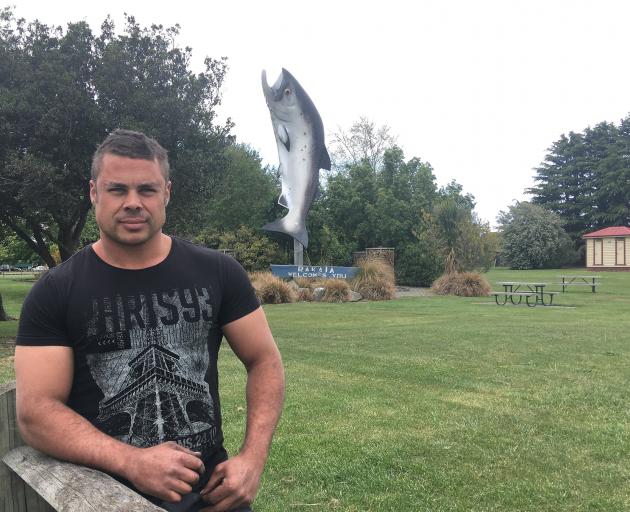 Adam Williams, of Rakaia, is looking to the future after a career-ending injury prevented him defending his national rodeo title. PHOTO: TONI WILLIAMS

His leg locked up and it hurt.

"That’s when I knew something was wrong."

His GP referred him to Christchurch SportsMed specialists and an ultrasound was followed by an MRI.

His specialist told him it was "a career-ending injury ... the worst he had seen in 10 years." And now there is too much scar tissue for surgery as it’s wrapped around the sciatic nerve.

If the nerve is nicked in surgery he could lose the feeling and use of his leg.

It was a shock diagnosis for Williams, who for the past 10 years had strived to succeed, and immersed himself in the rodeo circuit, making lifelong friends nationwide and overseas.

"It’s like getting to the top and then getting the carpet ripped out from underneath me," he said.

"The rodeo has helped me get through some tough times," he said, referring to the death of a close friend who was also on the circuit.

Williams’ only regret was he never got to ride in the United States, which he was due to do this year but was thwarted by the Covid-19 pandemic.

Although in hindsight he said Covid, for him, was a blessing in disguise. He would have got to the States and then found out his leg was no good.

While he will not be competing at the Winchester or Methven rodeos this weekend, he will be at both events playing guide to a visiting friend and catching up with those on the circuit.

It will no doubt be a difficult weekend but Williams said he wouldn’t change anything.

He had got great support from family and friends as well as his bosses, Murray and Sally Smith at Rakaia Automotive, where he is a mechanic.

He is planning to step away from rodeo for a year, but has already helped out at a coaching clinic in Methven and is considering options, such as roping, that he could take up when he returns.

"It is what it is. There are some that have come out of rodeo a heck of a lot worse off than me," he said.