Michael Sly (left) and Mathurin Molgat founded Wilding and Co, which produces essential oil for doTERRA. PHOTOS: SUPPLIED
When it comes to wilding conifers, Mathurin Molgat no longer refers to them as "pest trees" — preferring to adopt the slogan of "right tree, wrong place".

Mr Molgat and Michael Sly are the founding directors of Wilding and Co, a business which turns wilding conifers into essential oil for Utah-based doTERRA, which uses it in aromatherapy, skincare and massage products.

Now, they are taking it a step further, creating a circular process whereby the by-products from the distillation process are used in a compost mix used in the planting of native trees, in what has been dubbed the Waste to Wilderness project.

Mr Molgat had finished directing the 2012 documentary Song of the Kauri, which explores the economic and creative potential of the kauri tree, when he returned home and observed the wilding trees in the Queenstown area. 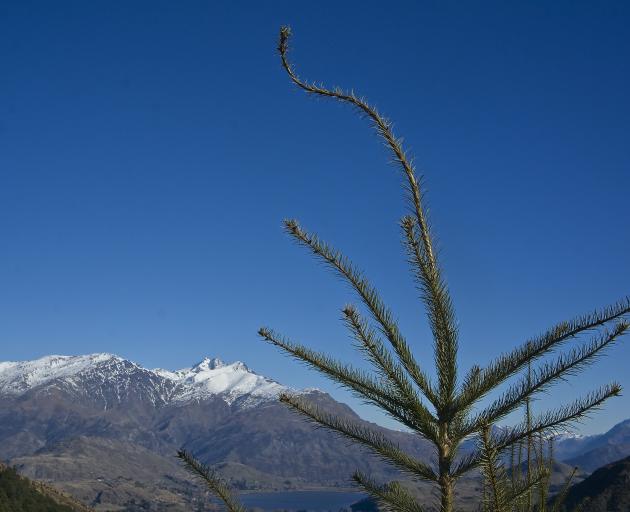 Wilding trees are a major problem in some areas of the South Island, including Queenstown.

The belief there must be a way to monetise them somehow led to the establishment of Wilding and Co.

The pair didn’t want to spend 30 years creating a retail market, so the essential oil market was explored. Selling bulk oil needed a partner and that was where doTERRA came in, the pair discovering there was a "massive" market.

Initially, a mobile distillation unit was used and a still was then built on Mr Sly’s property two years ago. Last year, realising they needed to scale up, they had a new distillation trailer built.

The most recent development has been the advent of the Waste to Wilderness project, in which the distilled needle chip is mixed with commercial food waste to create a rich compost.

Mr Molgat said wooden pallets left over from the construction industry were then used to create a modular planting system and native seedlings were planted. The modules could then be easily transported to a chosen location and left to grow in what was a circular process.

The first public Waste to Wilderness project was with Arrowtown School, where an area behind the school was planted, and he liked the idea of working with school pupils so they learned about the environment, he said. 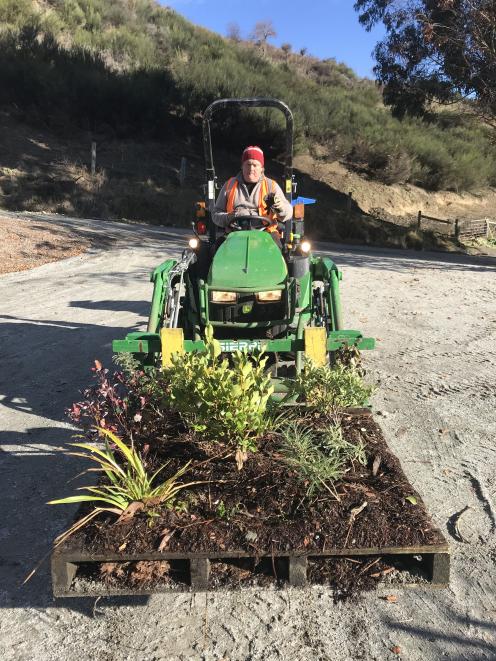 The Waste to Wilderness project involves planting native seedlings in compost made from the waste of the distillation process.

The business, which employed four staff plus contractors, had been fortunate it could "plod on" despite the major impact of Covid-19 in the surrounding Queenstown area.

At Alert Level 3, it was safe to operate as isolation could be controlled, and Mr Molgat acknowledged they were "one of the lucky ones".

It was nice to go to work and feel that what you did had some sort of purpose — taking a pest and turning it into something people loved — and it was also nice to be able to create something that generated employment, he said.

When it came to the future of the business, wilding trees — particularly conifers — were "consuming land at a pretty rapid rate" in New Zealand, so there were plenty of opportunities, including the potential to branch into other oils — "anything green can make an oil".