Scenery is what ‘makes’ it for young shepherd 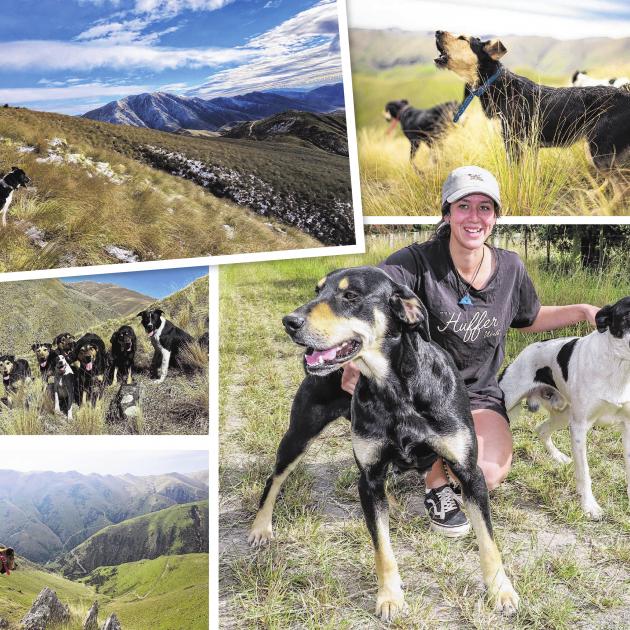 Miss Cooper (23) has embraced living and working in the high country, where she reckons it is the scenery that "makes it".

She works at Dome Hills Station, a large-scale sheep and beef property near Danseys Pass farmed by the Douglas family.

It was a much larger and more extensive property than her home farm at Raglan, where her family moved to from Te Kauwhata at the end of her year 8 studies, Miss Cooper said.

She had always wanted to work in the agricultural sector, possibly becoming the likes of a farm consultant or similar.

After leaving school, she spent four years completing a bachelor of management studies with honours at the University of Waikato, majoring in agribusiness.

Initially, she came to Dome Hills for a summer job and, after three summers, she was offered a full-time position once her degree was finished.

It was "super scary" moving south at the start because she did not know anyone, but she soon settled in.

Miss Cooper is a member of the Upper Waitaki Young Farmers Club and enjoys playing social netball and touch in Kurow.

She is also joint-secretary of the Tokarahi Collie Club, along with James Hutton, and the club held its trials earlier this month, the first in the North Otago centre’s season.

Miss Cooper said dogs were a passion for her. She got her first working dog when she was 12 and had "always been obsessed" with them.

When she first moved south, dog triallist Jack Brennan — then working at Dome Hills — helped her break in a heading dog, Cruise, and a huntaway, Ally.

He would set her tasks each week and they would train their dogs together. She got into trials through Mr Brennan, who took her along to a few, and she was very grateful for his help, she said.

She now had seven working dogs and three pig-hunting dogs.

Secretarial duties went well, and it was great meeting everyone and catching up with a lot of people she had met at other trials, she said.

Ally had the most potential and winning an open class would "be the dream", while Miss Cooper would love to be able to qualify for the national championships.

She admittedgetting "super nervous" before starting her run, but acknowledged that she was starting "from scratch" and competing against others who had been doing it for years.

She incorporated a lot of training into her everyday work but also tried to spend regular time in the training paddock with her younger dogs.

Had she not got the summer job at Dome Hills, she had "no idea" where she would be right now.

However, she loved the lifestyle, and it was "awesome being able to walk around the hills for work".

Mustering on foot also kept her fit, while a love of photography meant she was regularly snapping her surroundings.

Eventually, she would like to manage a property but, in the interim, she was keen to work on a few more properties in the South, and maybe go back to the North Island, gaining experience, Miss Cooper said.

But she was keen to end up back down in the South Island as she preferred the country "a bit more".

Her tertiary studies — particularly concerning accounting, economics and management — should prove even more helpful when she progressed further in her career, Miss Cooper said.